I have often referred to the improbably bullish (to many; NFTRH has tracked and respected the bullish dollar for a year now) US dollar as an anti-market, the liquidity collector from the global liquidity-driven and speculative mess created by the Fed and its fellows. But here is a look at some markets (ETFs & indexes) in their opposite or ‘anti’ suit. In other words, here are some charts flipped over. If the chart is bullish the underlying asset/market is technically not.

The major risk in my opinion is in the over-hyped inflation trades as inflation signals fade. That means commodities, mainly. But also Materials, Financials and other areas thought to be ‘reflation’ sensitive and highly cyclical.

While the environment that is developing should be positive for gold and especially its miners, reality is often a different matter in the short-term. As noted in the previous post and in the recent interview with the Daily Gold, that reality, if past is prologue, is that some significant number of gold mining investors are wrongheadedly in it for inflation. If the inflation trades do fail then gold stocks tend to be vulnerable at first.

The hope against the crash scenario would be that the post-2020 correction has mitigated the damage the inflation herds will do when they give up the inflated ship. But hope is not an investing strategy.

Personally, with all of this in motion I am staying balanced and open minded. No dogma or robot thinking. Just day to day, week to week and letting it play out (with the odd minor mental whipsaw here and there).

Anti-Gold is trying to break its downtrend. 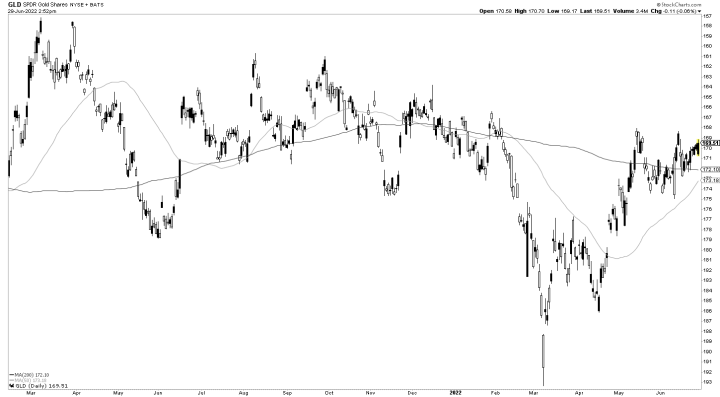 Anti-Silver is bullish, trending up and above support. 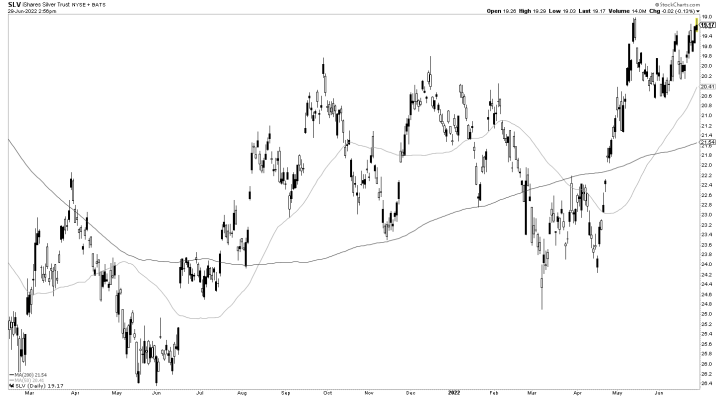 Anti-GDX is bull biased and on the verge of breaking out. 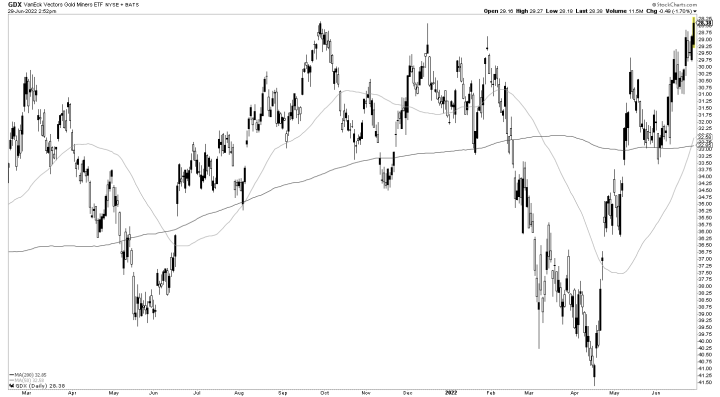 Anti-DBC (commodity tracker) is testing its break above the SMA 50. 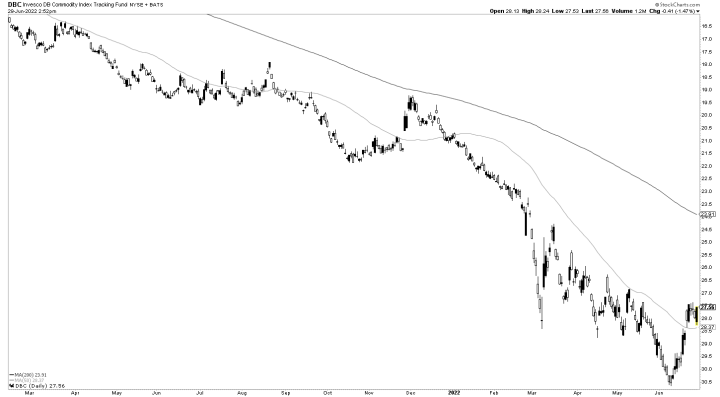 Anti-GYX (industrial metals) is bullish above former resistance and trying to change its trend upward. 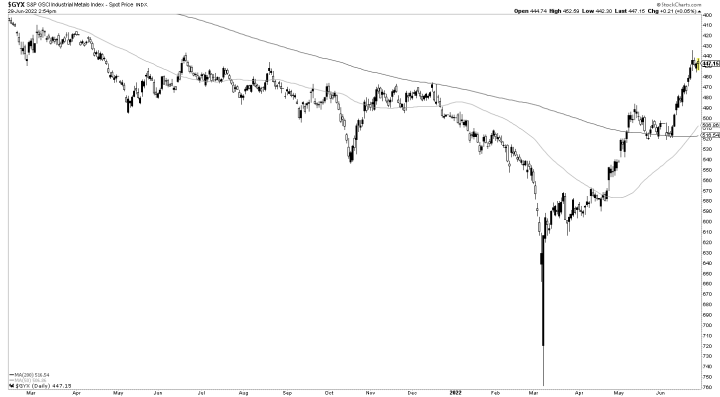 Anti-Copper Miners is on a strong move, trying to change trend. 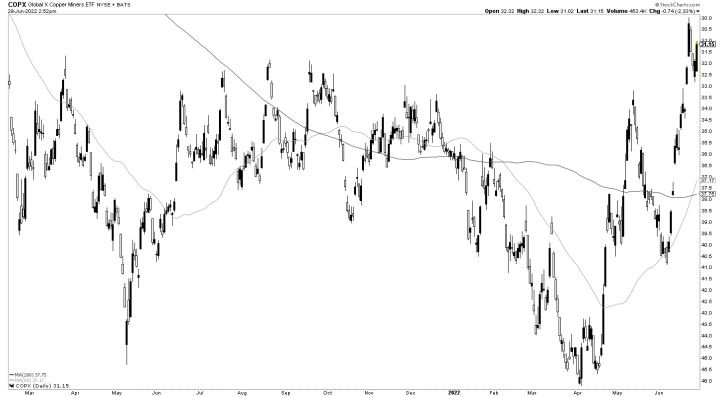 Anti-Materials sector broke a bottom/base pattern to the upside in an impulsive move that could eventually change the trend. 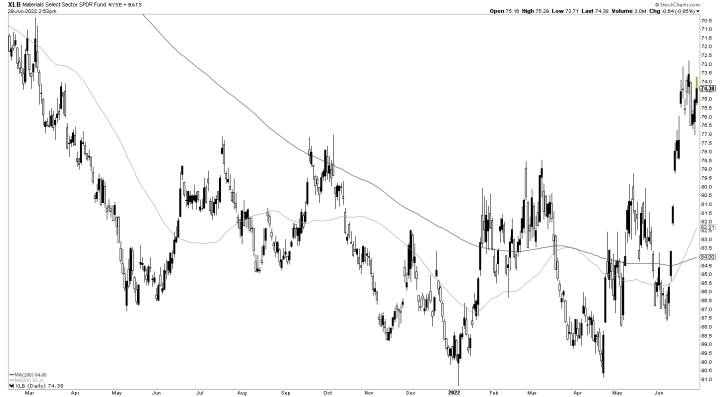 Anti-Energy made a move off of all that hype and remains above the SMA 50. 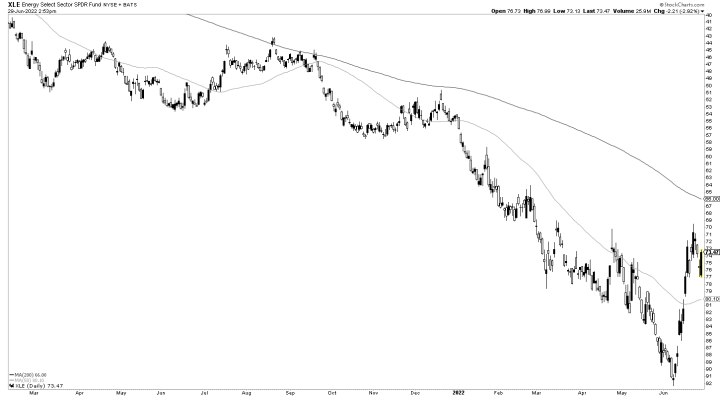 Anti-Financials is firmly trending up in 2022 and starting to turn the major (SMA 200) trend up as well. 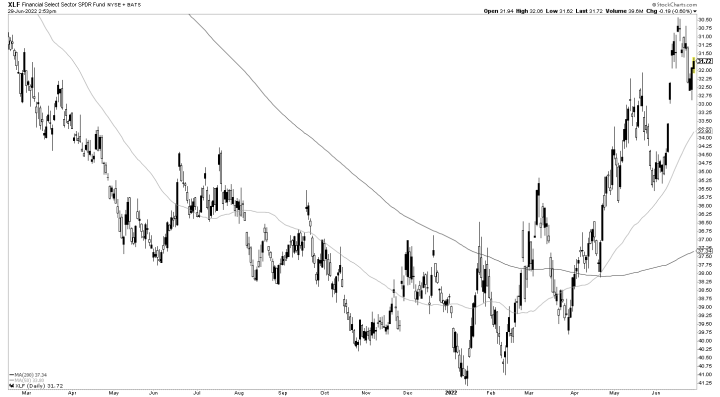 Anti-SPY (broad US stocks) is also firmly trending up and starting to change the major trend. 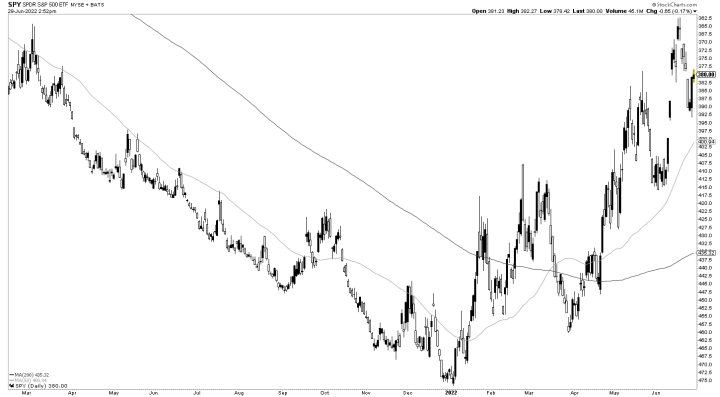 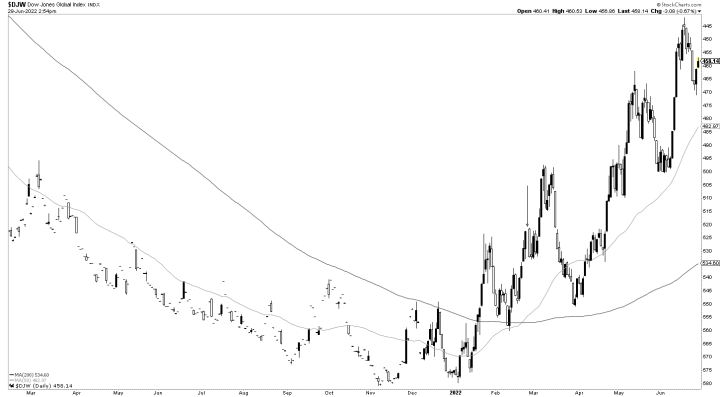