1 day 4 hours ago
COMEX Silver and the GDX
3 days ago
AbraSilver Commences Maiden Drilling Campaign at the La Coipita Copper-Gold Project
3 days 1 hour ago
Silver Sitting On The Launchpad - Ed Steer
3 days 1 hour ago
Stocks Down, Metals Up! If You Store Silver… “Did You Read The Contract?”
3 days 1 hour ago
Bill Holter: Silver breaks out, as narrative breaks down

Gold Update Video: Gold has lots of support near $1,800

Immediately as the Fed started talking, gold started falling. Gold steps out of an uptrend..

Is YOUR State Advancing Sound Money This Year?

Is your state promoting sound money? The links below detail pending state legislation where the...

Keith Neumeyer - Silver & Gold Are Primed To Breakout in 2022

Keith Neumeyer joins us to discuss his thoughts on: The silver & gold markets The bullion banks pricing control of the silver market CPM Group & Metals Focus data reporting about the market

Sentiment Speaks: Is Everyone Going To Be Right About This Bear Market?

I will tell you that we have some major support below us in the market. The lower end of that support is in the 4095-4270SPX region.

Wings of Wax & A House Of Gold

The bubbles in real estate, the stock market, and the bond market are enormous, but they are dwarfed by the imploding bubble of US fiat currency itself.

Any group of individuals given the power to manipulate the money supply, and manipulate the interest rates that are the price of money, poses a threat to our liberty and prosperity.

'Using Our Money To Steal Our Money'

We now have a massive, extraordinary taking of wealth from the people of the nation, to the benefit of the government as well as the financial firms and major corporations that profit from artificially low interest rates.

The Money Pump is Working to Drain Stocks … and There is No Safety Shutoff!

By David Haggith, The Great Recession

This time is different — very, very, VERY different, and I’ll tell you why! Why the Fed MUST keep tightening as stocks crash..

Response: Money and Payments: The US Dollar in the Age of Digital Transformation

A response to the Federal Reserve's paper Money and Payments: The U.S. Dollar in the Age of Digital Transformation

Safe Havens from Inflation Are in Shortage Too

The greenback remains king in terms of liquidity. And fiat money is, of course, incredibly useful... right up until the confidence underpinning its value fails.

Sentiment Speaks: Stock Market Quoted As Saying 'The Reports Of My Demise Are Greatly Exaggerated'

This pullback is a high probability buying opportunity as there's a lot of support below the market, and our next higher target is 5500SPX which can be hit as early as the end of this year or by early next year.

Ted Butler: JPMorgan must have 'tricked' Bank of America into shorting so much gold and silver

What if the banks hold such astounding positions because they are only brokers for an entity or entities far larger? You know, like a government.

The net result is that if Bank of America did borrow and sell short 30 million oz of gold, as I contend, the roughly $50 billion in cash proceeds and derivatives position that BofA ended up with as a result...

The Fed and the Bank of Canada (BofC) meet this week. We await interest rate decisions. Could the Fed surprise? Many expect the BofC to hike rates.

The long-awaited rally in Treasury yields is shaking markets and, yet, gold stands aloof, with bullion over $1,800 per ounce.

Bitcoin is AAPL's speculative cousin, the exuberantly irrational side of the bull market. It, too, appears to be in a topping pattern, which I've sketched speculatively as head-and-shoulders formation.

Gold Update and Leverage for 2022

I think metals are going to breakout to the upside. Most retail does not make money because of leverage..

Why Inflation is Not Going to Give the Fed a Break

By David Haggith, The Great Recession

The importance of these sound money efforts should not be underestimated. After all, taxes on the purchase and/or sale of the monetary metals are real disincentives against their ownership and use.

By Richard Mills, Ahead of the Herd

The United States still lags behind both China and Europe when it comes to the production and domestic uptake of EVs, and the world’s biggest economy has made it loud and clear it wants to challenge its rivals’ dominance.

There is massive speculation of gold custom duty in India in the annual Union Budget on the  1st of February.

Peter suggests that the pendulum swung too far towards high-risk assets; the back-swing could significantly improve the prospects of the PMs sector.

By John Mauldin, Thoughts from the Frontline

China is more than four times larger than the US. So is India. Together they represent about 36% of humanity, the US only about 4%. We aren’t in the same league, population-wise. 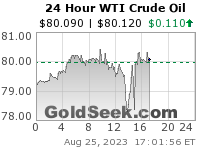 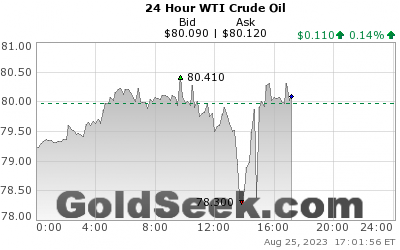 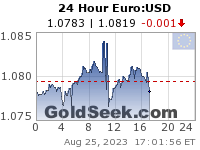 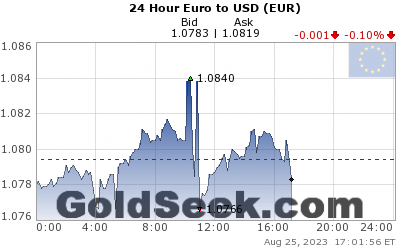 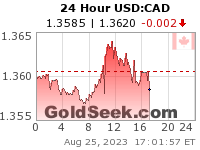 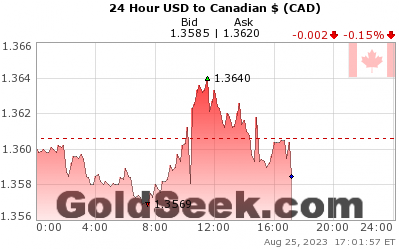 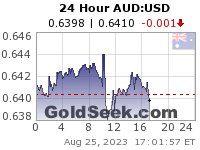 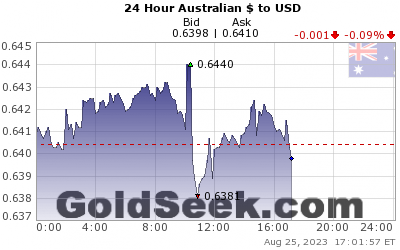