Before this week’s COVID mutant headlines served well to take more enthusiasm out of a frothy market that we have been noting to be at longer-term ‘structural’ (as opposed to varying short-term) sentiment risk, we took a look at COVID-19 from a different perspective.

NFTRH 682 discussed the contrary deflationary or dis-inflationary view that could re-set the Fed from its current hawkish pretense. #682 also presented the case for continued inflation. Both macro conditions were covered and will be covered until things shake out one way, the other, or both, or neither (read: Goldilocks) along with strategic stock highlights as they relate to the macro environment and, assuming a stable market over the next several weeks, some seasonal buy opportunities due to tax loss selling.

I thought it was interesting that today’s COVID mutant news has piggy backed on top of an already concerning situation as noted last weekend. From the November 21 edition of Notes From the Rabbit Hole…

A subscriber passed along links to COVID-19 data (available from Reuters’ COVID-19 Global Tracker) showing Europe (in this case, Germany) leading the US back into a 4th wave of increasing infections and deaths. He is an MD and so has a high level of respect from my perspective, when it comes to the legitimacy of his concerns.

Here is a look at the current situation in Germany, with new infections spiking to records. While deaths are lagging, logically due to the masses of vaccinated people, they are rising again and that is a concern.

The United States is lagging in new infections and deaths on the very short-term after having led previously. But Europe is probably leading the US to another upside event. It’s impossible to quantify all the inputs going into this but the graphs show the trends.

Globally, we can see the pecking order of new infections, led by Europe. 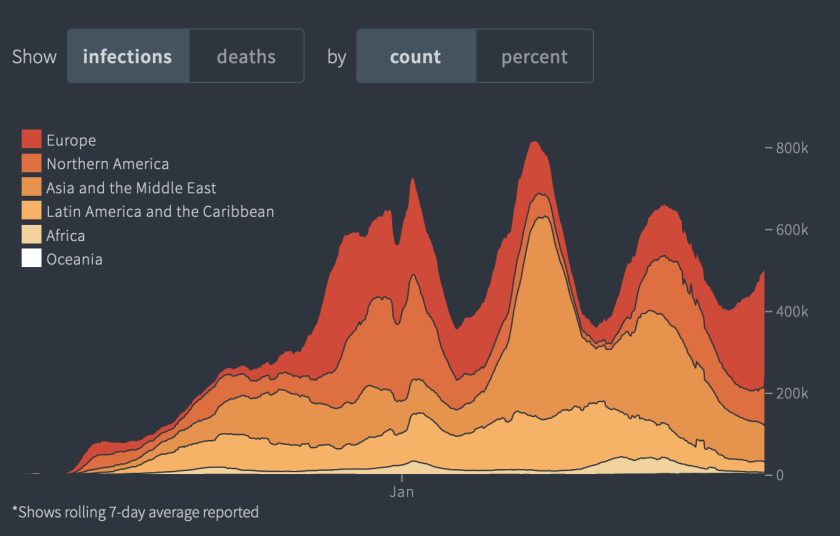 With deaths, again thanks to mass vaccination, lagging so far. All in all, it is not 2020 all over again. But it does bear watching and as investors, that goes doubly so. 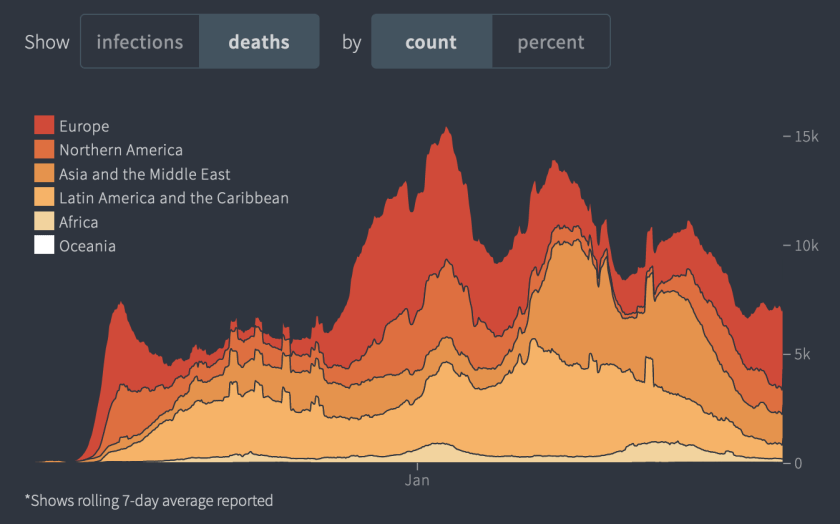 If you, as do I when I don my tin foil hat, think that the Fed needs an excuse to inflate (the Vampire needs to be invited into our macro house), then you might see any coming failure or more accurately, interruption of the inflation trades as just such an excuse. Questions… 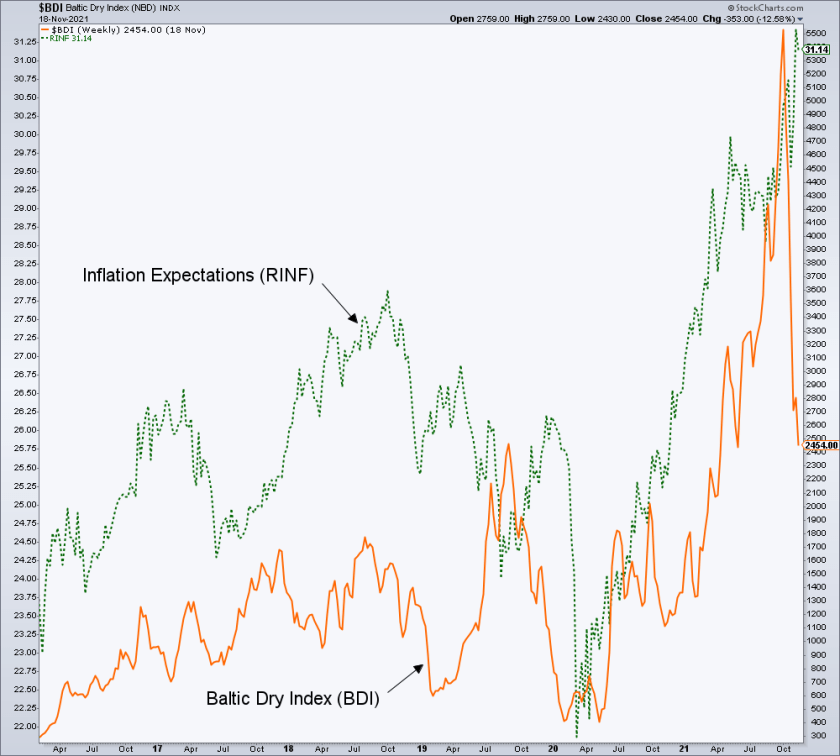 The machines that run the markets will do whatever they are programmed to do and the rest of us will swim in their wake or fight them. It’s our choice. But so too is cash. The way the situation is shaping up now, if the party continues on through Santa, I’ll doubly respect the February seasonal average, which shows a turn to negative, mid-month.

Note: Cash was raised further since the above was written but now with the market in motion it is time to gauge (and begin capitalizing on) opportunity. The markets are quaking a bit, with sentiment disturbances and volatility in macro signaling. What more could those of us who abhor robo-trending markets want? Give the NFTRH service – proudly NOT offering any kind of Black Friday discount whatsoever – a try. The transition to 2022 is going to need effective management.