13 hours 50 minutes ago
COT Silver Report - August 12, 2022
1 day 22 hours ago
Was $18 Silver the Bottom? Next Pivot? - Lawrence Lepard
3 days 1 hour ago
Silver Coin Premiums – Another Collapse?
4 days ago
The End Game for Silver Shenanigans...
5 days ago
The Fed Is All Talk, and JPMorgan Trial EXPLAINED - Chris Marcus

Don’t Be Fooled by the Stock Market Rally

Markets tend to move in cycles. They typically experience cyclical pullbacks after trending higher for a long period of time. Rarely do markets move straight up or straight down.

The stock market has, however, essentially moved straight up since the March 2020 mini-crash. As the market moves higher, an increasing number of “analysts” are calling for even higher equity prices.

Calls for an 8000 S&P do not seem quite as farfetched as they did just a year ago. That is the power of greed (and wishful thinking) at work.

It is no secret that the Federal Reserve has fueled the market’s gains. The Fed cut interest rates down to zero over 10 years ago.

The Fed quickly ran into a brick wall, however, when it attempted to tighten monetary policy in the middle of the last decade. Stock investors began to rapidly show their dissatisfaction with the central bank once rates began to tick slightly higher.

The “taper tantrum” of 2013 demonstrated how important the Fed’s actions were to markets.

The Fed didn’t get very far on the tightening campaign, halting it in 2018.

And the central bank quickly cut rates to zero at the first sign of trouble in 2020.

Now they’re at their old game again, purchasing billions of assets per month to keep the economy afloat.

Although no one can see the future, it does stand to reason that stimulus-addicted equity markets could see a substantial pullback from current levels if and when the Fed puts on the brakes.

However, the Fed has made it absolutely clear it is comfortable keeping monetary accommodation going and letting inflation run hot for some time.

The central bank may, therefore, keep its pedal to the metal for several months to come (or longer). That could help sustain the ascent in equity prices until investors’ concerns about inflation and rising interest rates trigger a rotation out of stocks.

Gold and silver perform well during stock market turbulence as well as times of inflation, including during rate-hiking campaigns.

A key driver in performance of the monetary metals is negative real interest rates, a condition that exists when the inflation rate is higher than nominal interest rates.

That’s what we have today. And even if the Fed were to start hiking rates again, they will almost certainly remain “behind the curve” such that real rates remain below zero. 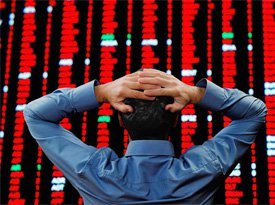 The Fed has blown a bubble, arguably the largest bubble ever, and eventually that bubble is going to pop.

When it does, many of the investors that have seen strong performance during the equity rally will see their accounts suffer real losses.

As the old saying goes: “Markets take the stairs up and the elevator down.” This elevator is likely to be fast – and may even catch the most astute investors off-guard.

Given a reckless Fed and the equity market’s astronomical valuations, now is the ideal time to take steps to protect your investment portfolio and financial future.

Against the current backdrop of easy money, there may simply be no better asset class to turn to than precious metals.