It’s been a long time since a full Gold Market update was posted on the site because frankly it has been too boring a market, but what happened last week looks highly significant with the action in gold and silver suggesting not just a reversal from the recent downtrend but the imminent start of a major upleg in both metals.

Although we don’t often use weekly or monthly charts, they are on occasion very useful for filtering out “noise”, with the latest weekly chart for gold in particular showing a large dragonfly / hammer reversal candle, as we can on its latest 3-year chart below. Most notably this reversal candle formed exactly at a zone of strong support above the rising 200-day moving average which is coming into play beneath. This strongly suggests that gold’s corrective phase is over– and why shouldn’t it be considering the enormous inflation being incubated by the Fed and other Central Banks around the world, who are behind the lockdowns which are among other things designed to kill the velocity of money so that they can print vast sums of money to buy up everything without immediately triggering hyperinflation. There doesn’t appear to be any end in sight to the enormous money creation at least for now, which serves the purpose of accelerating wealth transfer up to the top of the pyramid, so it seems very unlikely that we will see a repeat of the March 2020 crash over the short to medium-term. 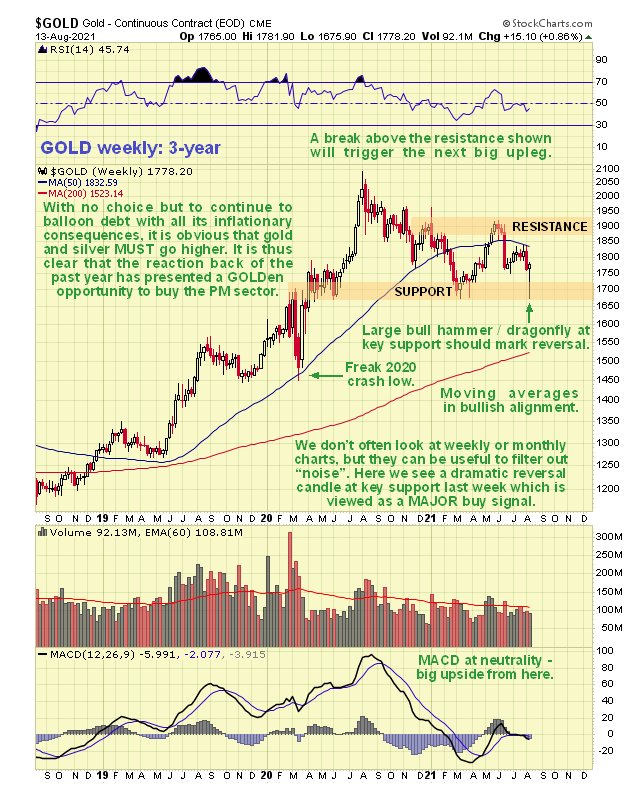 If gold takes off higher to begin a major new upleg, then it follows that gold and silver stocks should do likewise, and we can see on the latest 3-year weekly chart for GDX that it is position to do just that. The setup looks very similar to that for gold itself and therefore no further discussion is necessary, save to say that this looks like a great entry point for the sector. 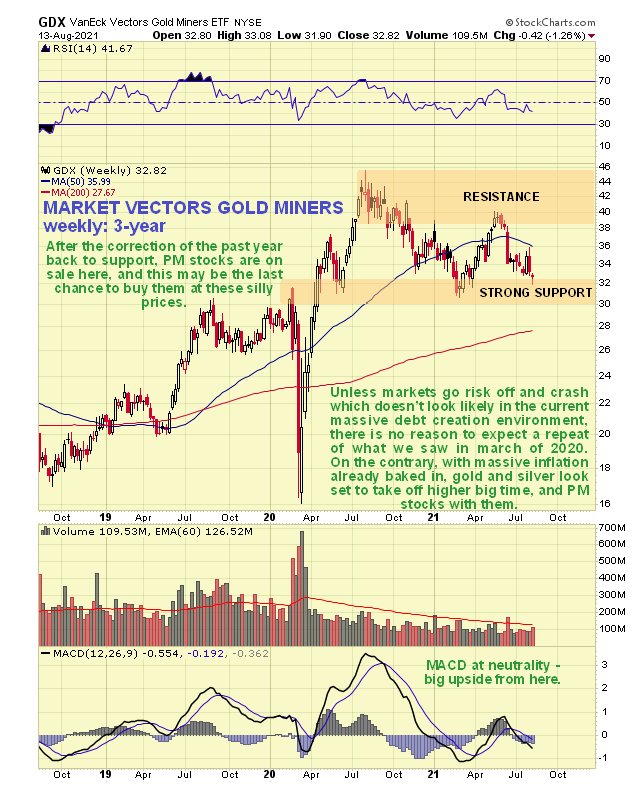 What about gold’s COTs – are they conducive to a rally? On gold’s latest COT chart we can see that Commercial short positions and Large Spec long positions are at their lowest levels for at least a year (jointly with a date in April) which shows lack of interest that typically precedes a rally. 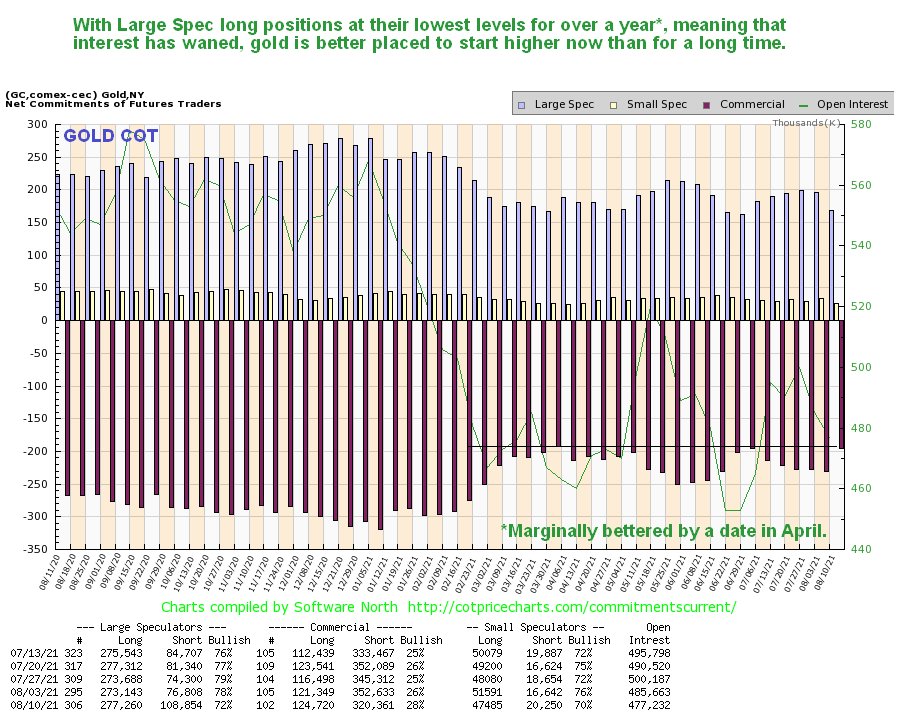 What about the dollar – could it “throw a spanner in the works?” We have already observed that a potential Double Bottom is forming in the dollar index, but the pattern could simply be a zone of consolidation ahead of renewed decline – for us to become more concerned about a significant dollar rally it would have to break above the resistance right above where it is now – and it might not fare better at that than Joe Biden trying to climb the steps of an aircraft. 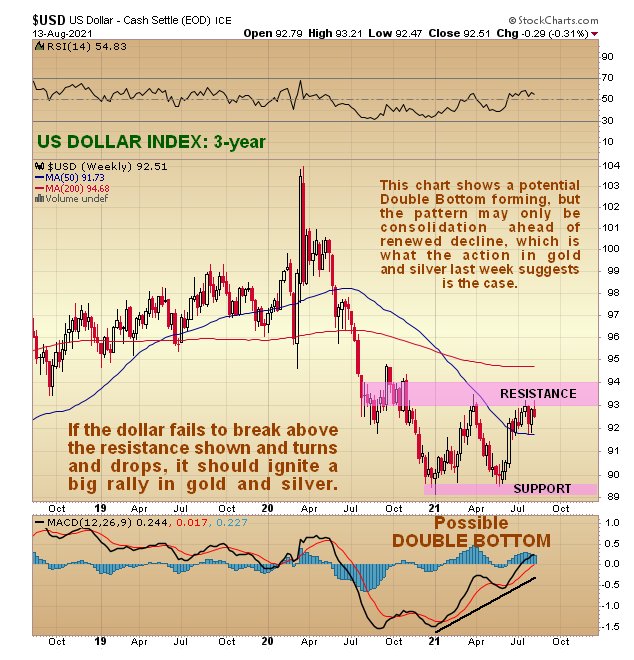 It is hard to factor in precisely what impact the major crisis caused by the New World Order’s global power grab and planned genocide will have on the prices of gold and silver, although whatever happens, their intrinsic value can never be diminished. Here are a couple of most illuminating videos about this that you should spread far and wide, Dr Zelenko Exposes Global Genocide Event and Hospitals Murdering People with lawyer Thomas Renz. The New World Order are a satanic cult as evidenced by their attacks on children by forcing them to wear masks all day and attempting to force vaccinate them, which is only possible because their weak parents fail to defend them.

Lastly and on a slightly lighter note, since there is humor to be found even in the grimmest of situations, we end with the musical video Twisted Vaccinator.