Gold Serves as Wildcard in This High-Stakes Currency Matchup

The likelihood of disruptive changes in the global financial system is growing. Investors around the world are wondering what to do about it.

The Biden administration is waging economic war on Russia in response to the invasion of Ukraine.

Officials are counting on the strength of the Federal Reserve Note “dollar” and hegemonic control over the world’s financial plumbing to win this war. They could end up being very wrong.

Russia, China, India, and Saudi Arabia are among the nations looking to build non-dollar trading systems beyond the control of the U.S. Even allies may be realizing that total dependence on the dollar and the good will of the U.S. government presents risks. 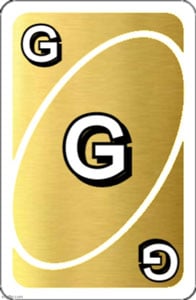 Some investors are also getting this message and wondering just what to expect as economic warfare plays out.

They are contemplating events which seemed inconceivable just a few months ago.

More people are finally asking what dollars are worth if foreign demand for them begins to dry up. They are seeing a future where nations like China don't need dollars to buy oil from Saudi Arabia or Russia.

At the same time, the flood of dollars and dollar denominated debt is set to grow into a tsunami. Federal deficits are ballooning as Congress spends seemingly without constraint.

Dwindling demand for dollars and exploding supply means hyperinflation is well within the realm of possibility.

Sanctions on Russia will disrupt many supply chains. Among the most concerning is agriculture.

The President himself is now warning about the possibility of food shortages. Russia produces an outsized portion of the world’s fertilizer, not to mention oil needed to power farming equipment.

Investors are suddenly grappling with these concerns and others. The world looks to be entering uncharted territory, so deciding where to invest requires plenty of thought.

Perhaps rubles or Chinese yuan will gain relative to the dollar. Maybe Bitcoin will. Some people even speculate this crisis will be used as a launchpad for Central Bank Digital Currencies.

Predicting what the world financial system will look like a few years from now is enormously complicated. Anyone talking confidently about exactly what comes next should be viewed with skepticism.

That isn’t to say investors must guess correctly to avoid being crushed. Tangible assets act as wildcards in that they are valuable in every currency. Investors who hold them will have something to sell for whatever currency, if any, happens to replace the dollar.

Pick any nation in the world and gold has a price in that country’s money. It is valuable everywhere and has been since civilization began. It continues to be accumulated by central banks as monetary reserves.

This history sets physical gold and silver apart from other commodities. Suddenly there is serious talk about gold regaining a more prominent role in the monetary system.

There are other reasons that precious metals stand out amongst tangible assets. Bullion is easy to buy and sell, private, simple to transport, and compact enough to be securely stored at home. It does not physically depreciate or rot.

These characteristics make gold and silver the ultimate wildcards to hold when uncertainty is so high.