Party on if you will, but the gold mining fundamental case is not complete

Back on October 14th we reviewed why a post-bubble contraction would be the proper time to buy gold mining stocks for fundamental reasons (even as they might possibly be dropping despite improving fundamentals). *

On October 28th we noted that the fundamental case has not engaged, not quite yet. We also noted big picture technical support parameters that need to hold for the play to avoid breaking down.

But on Friday morning, November 4th after yet another strong US payrolls report the situation has not only not improved, it has backed off by some measures, if you are a gold stock bull in waiting. Sure, as I write the HUI Gold Bugs index is rallying along with the inflation sensitive cyclical stuff (it’s party time for an as yet undetermined length of time, but it is also in keeping with a major seasonal/cycle theme NFTRH has been carrying forward for several weeks.

The nature (duration, fundamental underpinning, sentiment and technical) of Friday’s broad market relief rally will have to be analyzed and updated moving forward. But it is in keeping with a bullish theme we’d developed well ahead of time.

But… gold stocks. They would not participate in such a party atmosphere in any way other than market relief, due to technical oversold conditions and of course, over-bearish sentiment. But let me assure you that as of 10:20 US Eastern time on November 4th, the macro fundamentals are not yet part of the rationale for a rally.

While there are several more important indicators to watch, which we update every week in NFTRH reports (and in-week updates as applicable), below are some pictures of gold relative to more inflation sensitive, risk ‘on’ and cyclical markets. They indicate an incomplete process and beg a view that players can ‘play’ with gold stocks as they will, but the gold miners are not at all unique on the macro, which would need to see a real economic contraction for the best fundamental view (fading cyclical indicators with a softening Fed in the background) to engage.

Let’s review some gold ratios using related ETFs. These charts were created on Friday morning as a broad relief rally was in progress. So bear in mind these are not pictures of a weekly close. They are pictures of market relief of yet to be determined length or intensity.

First the not so bad (for gold stock macro funda), as GLD/SPY bounces in an attempt to reclaim the moving averages and its uptrend. I believe the risk is weighted toward stocks vs. gold, but the ratio must reclaim its uptrend to back that.

GLD/ACWX (world stocks) is declining within its intact uptrend. Again, not bad. As a side note, ACWX/SPY is bouncing hard and this could also factor into the global macro view of the next few months. A weakening US dollar would probably help here as the strong USD has impaired a large part of the financial globe.

GLD/DBC shows one important measure of gold’s ‘real’ price maintaining its downtrend. Commodities are cyclical and inflation sensitive. Period. There is no post-bubble contraction until ratios like this say there is. As a side note, nominal DBC is busting bullish from a pattern we have been tracking. Commodities look better than stocks at this time.

GLD/USO is not at all constructive yet for the gold mining industry. Nominal oil is also busting bullish out of a daily pattern. Oil is a major gold mining cost driver. Do the math.

GLD/CPER is dive bombing to test the uptrending SMA 200. It’s unbroken, but this measure of an oncoming economic contraction and inflation fade is taking a short-term hit. It’s classic, stodgy old monetary man gold vs. the economic Doctor Copper. Gold soon needs to find a bottom related to copper or else anti-inflation, anti-cyclical forces would be in trouble (as would market bears).

Speaking of inflation, GLD/RINF continues to trend down but is on a bounce. This bounce in the monetary metal vs. a rough gauge of inflation expectations would need to keep on going and take out the early October high in order to mean much for the forces of the counter-cycle and liquidity contraction.

Finally, GLD/SLV shows the old monetary man vs. his more inflation sensitive, industrially utilized little bro, silver. It’s looking like a breakdown, which ironically is a positive internal indicator for the precious metals sector (both metals are rising with silver showing relative strength) as well as many other markets, but in its pro-inflation, pro-cyclical signaling also would indicate negative gold mining fundamentals if it breaks down.

In other words, go forth and party on Wayne. Party on Garth.

But understand that the real fundamentals, as would be indicated by market liquidity loss amid economic contraction and an eventually softening Fed, would not be in play. So that’s what it is, a play, not yet a valid investment rationale.

Meanwhile, there are other areas of the markets worth consideration as would be indicated by a tanking Gold/Silver ratio and other relief indicators, if they continue to ease as opposed to simply being a fleeting post-FOMC expression of relief.

* All too often at the will of inflation-centric gold bugs gold stocks rally amid degrading fundamentals and tank amid improving fundamentals (ref. H1, 2016 for the former and Q4, 2008 for the latter). An extended example of a bull run under degrading fundamentals was from 2003 to 2008 when the HUI Gold Bugs index rallied well over 300% amid a cyclical inflationary backdrop. So there is precedent. But in Q4, 2008 the sector rightly crashed to eliminate all of the excesses, and then some. So the bottom line is that as of this moment, the gold mining sector is nothing special, at best. Not yet and not until… 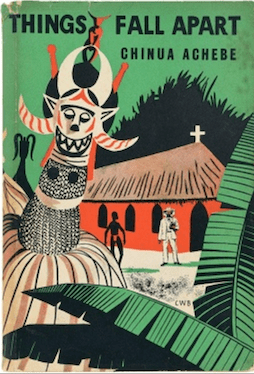 Finally, I’d like to invite you to check out a 2 week free trial to NFTRH with no attached strings or obligation. We will manage the turmoil effectively as always, not trying to predict but instead staying right with the realities of the current market situation while effectively anticipating future realities.