To maintain the inflation, a cooling of inflation was needed

That is one of those Alice in Wonderland-like statements, like the one I’ve got tattooed on my left forearm: “Contrary-wise, what is it wouldn’t be and what it wouldn’t be it would, you see?”

To maintain inflationary policy, as per various talking Fed (egg) heads, the hysterical run up in inflationary expectations and fears had to be tamped down. And so, Google users have indeed eased their neuroses right along with a recent tamping of inflationary hysteria.

While inflation expectations ease but remain on trend.

And the Philly Fed’s gauge of manufacturing activity retrenches within a still up trending situation. 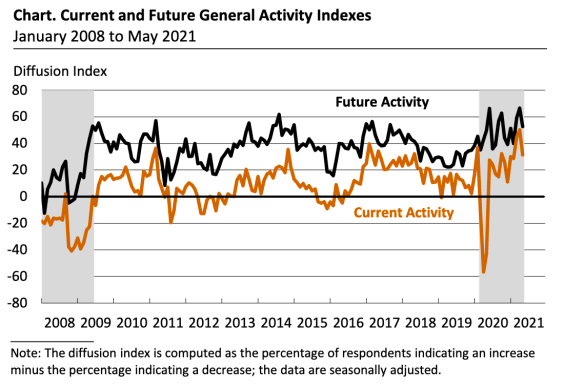 Anecdotally, respondents still appear positive (ref. link above) even as they chase rising cost pressures from materials and labor down the rabbit hole with their own price increases. They believe their price increases will compensate for rising input costs and they remain optimistic about growth. That is after all, the trick the Fed had up its sleeve in H1 2020, when it began creating this epic inflationary operation. Confidence. 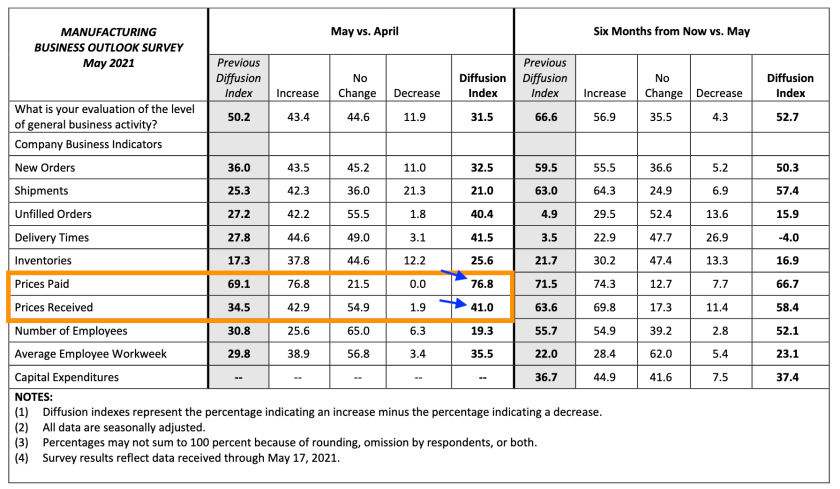 Philly Fed is just one of many examples of the cost-push problem hitting the US economy. I was a US manufacturer and I will tell you that these respondents are simply following a monkey see, monkey do regimen. Monkey see rising costs, monkey do raise prices. Until it is no longer so easy for monkey to simply pass along costs within the economy. Then… 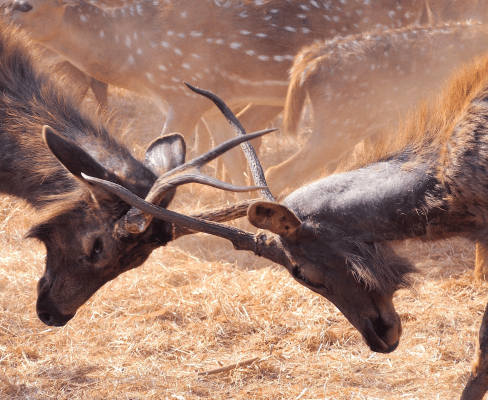 …the inflation will pivot Stagflationary from the heretofore ‘good’ inflation it’s been for the last year.

From Yardeni, the Citi Economic Surprise Index (CESI) is guiding Wall Street analysts in a southerly direction and that is indeed what the Stag will bring when the inflation shows the other side of its face, the dark and economically ruinous side. 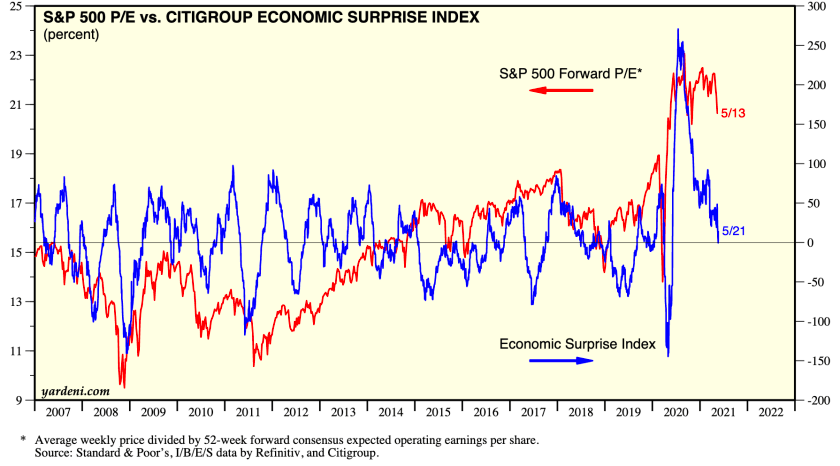 That is what gold has been lurking around waiting for since last summer as it considers whether the time to break the massive and bullish Cup’s handle is now or after one more decline (it’s not considered a handle breakout on this monthly chart until gold closes May that way, and even then follow-through in June would be needed). 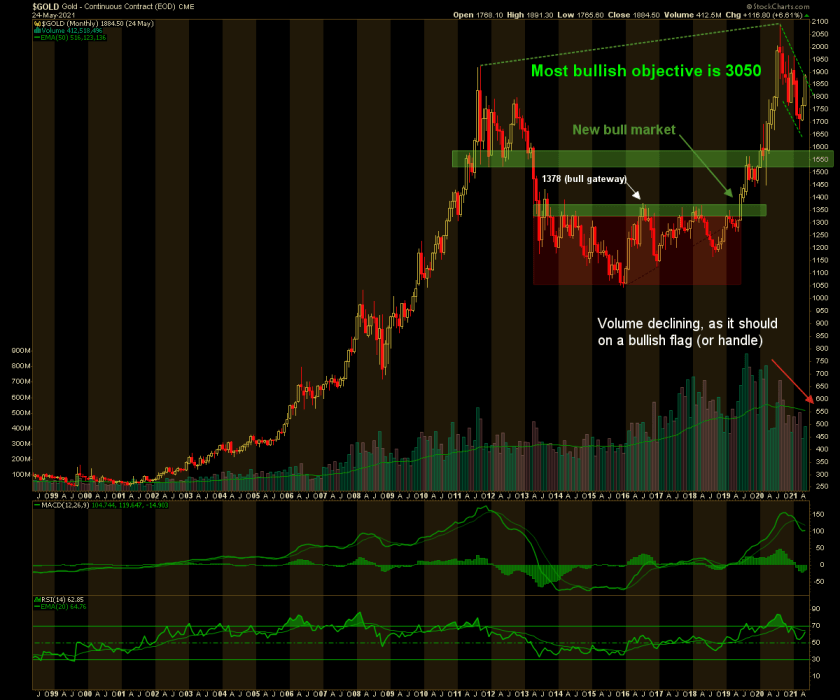 Meanwhile, the CRB index (daily chart) and many individual commodity components and related stocks are in normal looking pullbacks within bullish trends.

Various Fed eggheads jawboning a continuation of dovish policy were starting to look silly against the rising fears of inflation that became untenable in March and again in May. The inflation trades we have successfully managed (at NFTRH) over the last year are still in play. As for gold, it is either getting a jump on the next phase, the Stagflationary phase, or it will take one final heartbreaking drop to give the bugs one last cleaning before the real bull phase ultimately sends it to 3000+.

A cooling of inflation expectations was needed. The Continuum (monthly chart) is making a little right side inverted shoulder to match the left one. This cooling of inflationary angst may bring the 30 year yield to 2% or 2.1%. A refueling stop before a shot at the red limiters for a big macro decision point between inflation’s failure – possibly into a deflationary episode – or its intensification to places uncharted, but inhabited by the Stag.