Last week I wrote about the numerous positive divergences building in precious metals. On a near-term basis, Gold looks the worst of the group. But that can be a good thing.

Taking a step back, today I am writing about the ingredients for major bottoms in Gold and how the present compares to the past. As you will see, these ingredients are a mixture of quantitative and qualitative.

Let me start with the fundamentals.

Bottoms in the gold market tend to coincide with peaks in real yields which usually peak around the time of the Fed's final interest rate hike. Gold also bottomed in 1999 and 2016 when the Fed started raising interest rates, but that is not relevant to the present.

Gold is setting up for a major turn if it maintains its outperformance against the S&P 500 and the Federal Reserve is forced to shift policy. 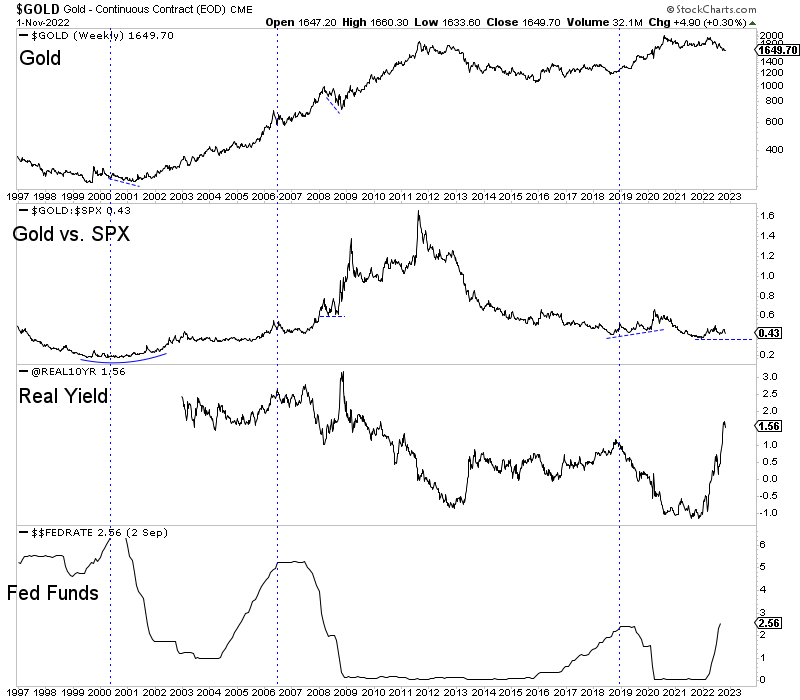 Moving on, let us analyze sentiment. 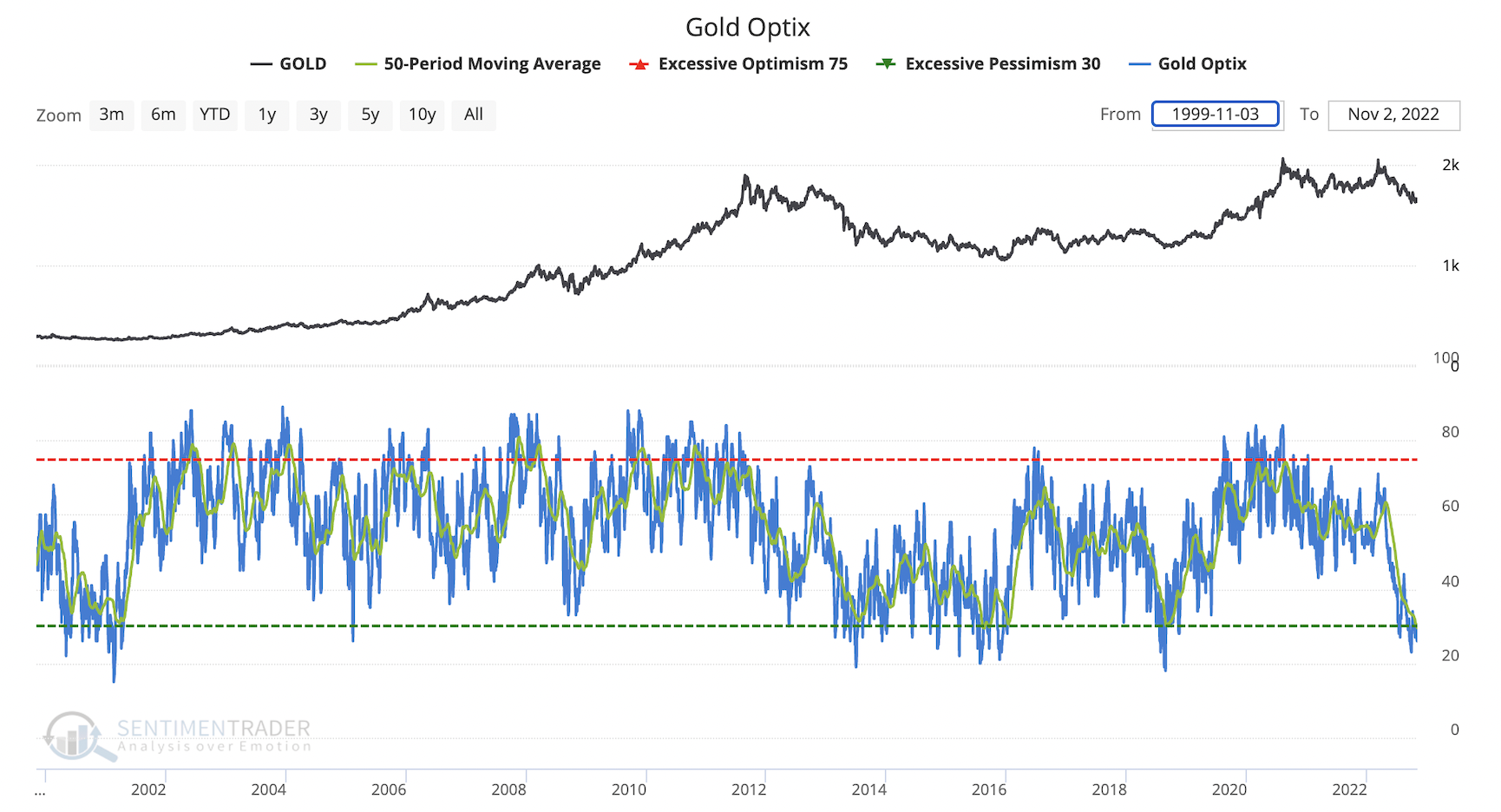 Technically, Gold has a confluence of significant support at $1560. 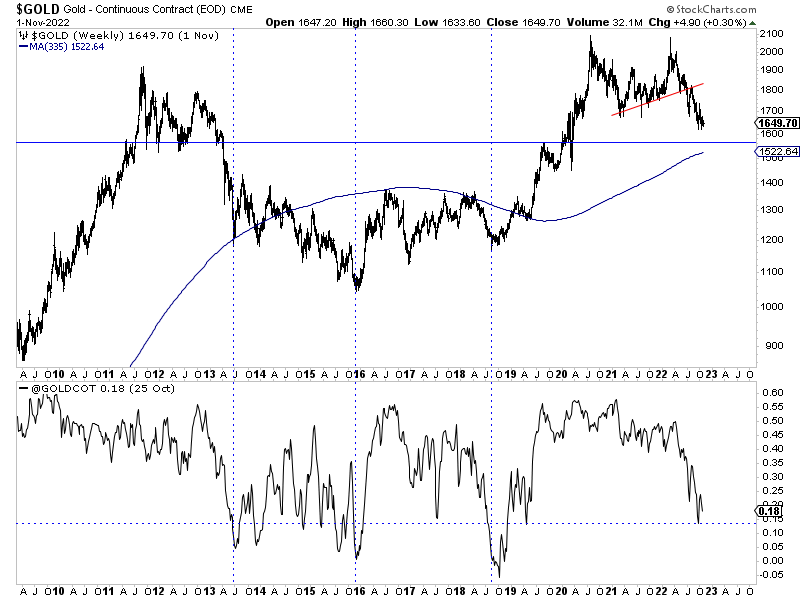 The most important component is fundamentals.

Gold will be ripe for a major turn when the Fed ends its rate hikes, and real yields turn. Furthermore, a recession that pushes the S&P 500 below 3500 and forces the Fed to cut rates confirms a new cyclical bull market in Gold and likely a new secular bull market.

In the meantime, Gold has some room to decline. A decline to a confluence of support in the mid $1500s could reduce the net speculative position very close to where it was at 2013, 2016, and 2018 lows.

Gold has yet to fulfill the prerequisites for a major bottom and a new bull market, but it is fairly close. We are already seeing the sector divergences that can precede important turning points.

This is one of the best and most ideal times to be a speculator in this sector. Stocks are trading near their lows, the sector is hated, and the butt of jokes yet is ripe for a major turn over the next few months.

I continue to focus on finding high-quality juniors with 500% upside potential over the next few years. To learn the stocks we own and intend to buy, with at least 5x upside potential in the coming bull market, consider learning about our premium service.