Market Updates
Bubble Update: Sentiment Says the Bull Isn’t Over
Gold Stocks
Gold, Silver and Mining Stocks: Patience Will Be Rewarded
Commentaries
U.S. Treasury Refuses to Answer Many Questions about Disposition of Its Own Gold
Market Updates
Gold Update Video: Gold can't respond to all the inflation..
Gold Headlines
A Couple Stored IRA Gold at Home. They Owe the IRS More Than $300,000 (WSJ)

Copper makes the headlines, but GYX has been bullish all along; gold awaits its time as the message from metals land is bullish, risk ‘on’ and cyclical

While copper went through its correction we have been noting each week in NFTRH that the Industrial Metals index, GYX had never aborted its bullish stance. Trends remained up and the index price held the SMA 50’s intermediate trend all the while copper (CPER, which I hold, in lower panel) worked through its summer correction.

The Industrial Metals are a primary indicator of cyclical inflation and by extension, economic reflation. 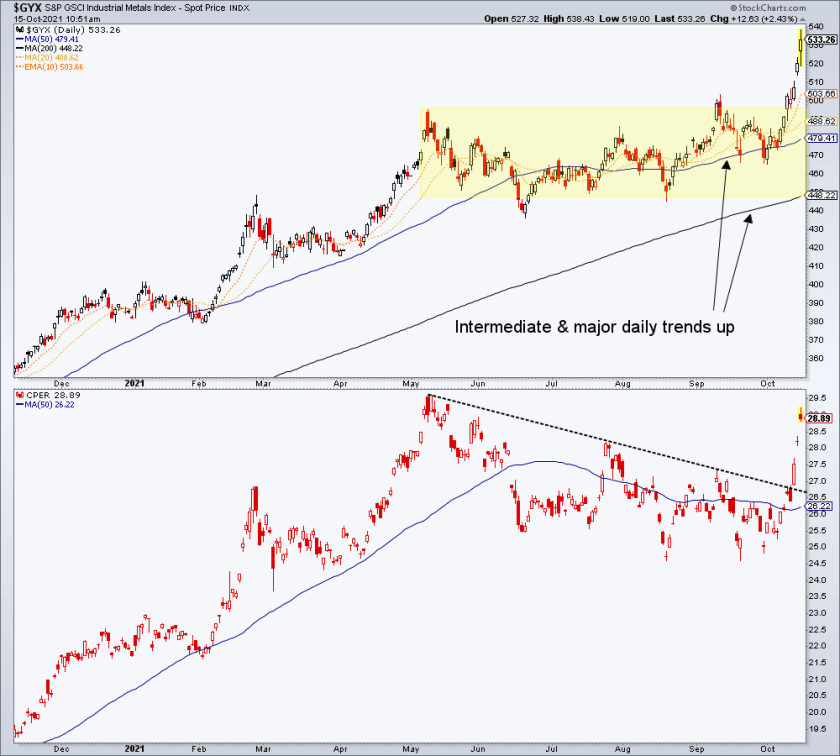 The implications on the macro were and still are many, including that it is not yet time to be a gold bull, at least not yet time to focus on it as anything special in the price casino. That time will come, but not in any time convenient to those cheering for the monetary metal. Value knows not about time. Value cares not about time.

Here is the same chart as adjusted by gold. Bullish, risk ‘on’ and cyclical still. 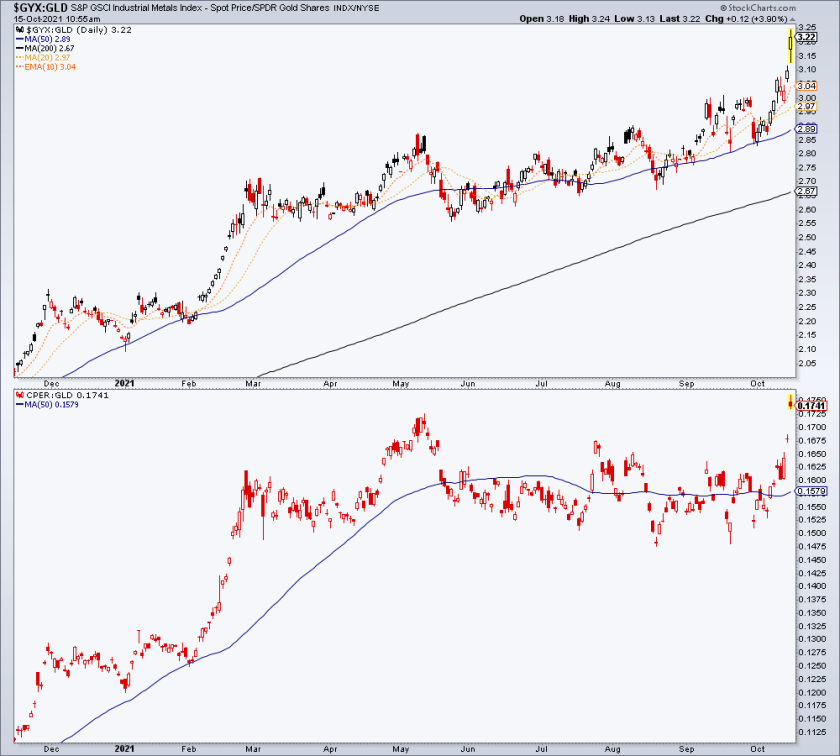