With FOMC on tap with an upcoming .5% rate hike, gold got hammered and bounced back with a vengeance on ‘CPI’ Friday. The Fed will raise the Funds Rate at least .5% next week. So says not me, but the wise guys whose job it is to correctly anticipate FOMC policy. Indeed, a full 20% of CME traders expect .75%, up from our last check on June 3. 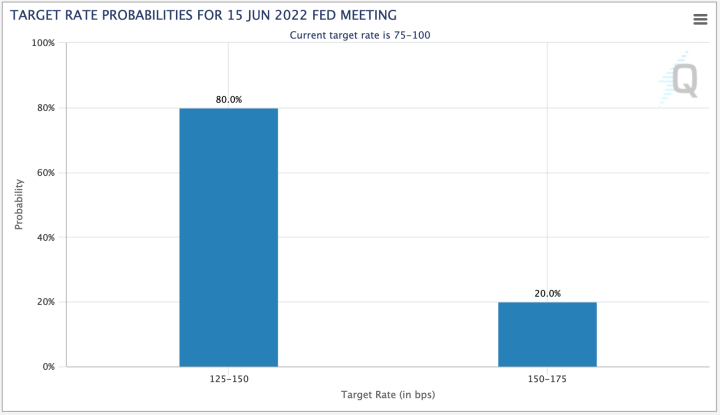 Meanwhile, the gold price (futures) was unceremoniously shoved below the daily chart’s SMA 200 before pulling its bounce back routine on CPI Friday. Check out that reversal volume. This is notable stuff and with FOMC in the wings, it is doubly so.

To NFTRH, unlike many gold/commodity observers, gold is far different from the other inflated stuff. It has far more counter-cyclical aspects to it than copper, industrial materials, energy commodities and even to a degree, silver. 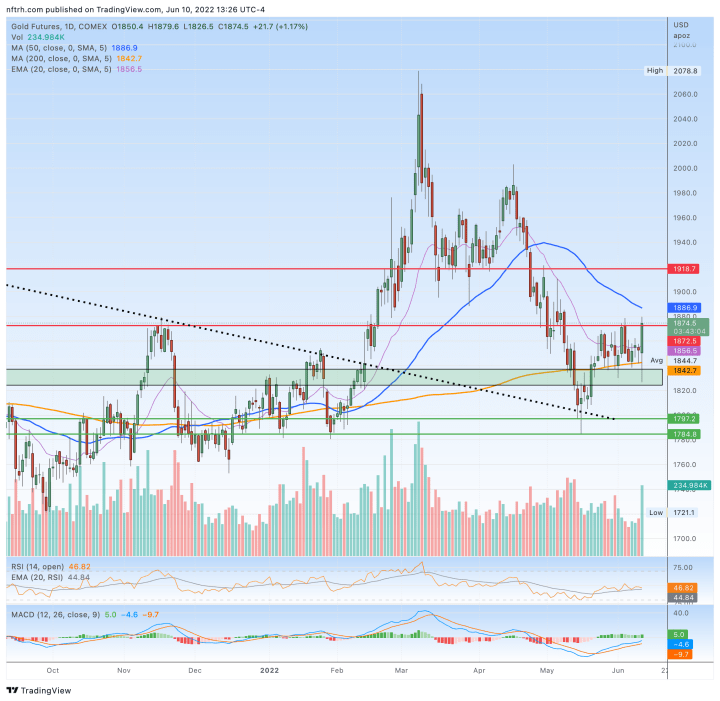 As the latest CPI inflation reading comes in (click the graphic below for the full report from BLS) with economy-compromising data (among other things, real wages are falling and consumer sentiment is taking a big hit) the backdrop is stagflationary, not the long-since aborted but previously perceived ‘good’ inflation that drove stocks up and out of the 2020 pandemic crash.

From day one (of NFTRH history, nearly 14 years ago and counting) we have noted that gold is unique and as they leverage the macro either positively or negatively, gold stocks – especially miners – are even more unique. The long phases of gold miner under-performance to the metal are born of the fact that there have been long phases where central bank-sponsored inflation have worked toward pro-cyclical ends.

Now, amid the oncoming Stagflation (ref. this post from May 2021) and the Fed, tardy to its tightening regimen but now forced by the market into full frontal hawk mode, ready to raise rates again, comes a potential (important word; gurus making predictions should be tuned out as the carnival barkers they are) turning point. Maybe gold’s impressive in-day move is just that, a notable move during one day. FOMC is up next and that’s often a tough one for the monetary metal that would shine a light on the monetary shenanigans that the Fed and by extension, scores of financial advisers and the financial money management industry live by.

Here is a reminder of the weekly chart situation in gold. The metal has been hammered along with most other items during the Fed’s tardy but violent hawkish turn. But the ‘handle’ breakout has held, as has key support. 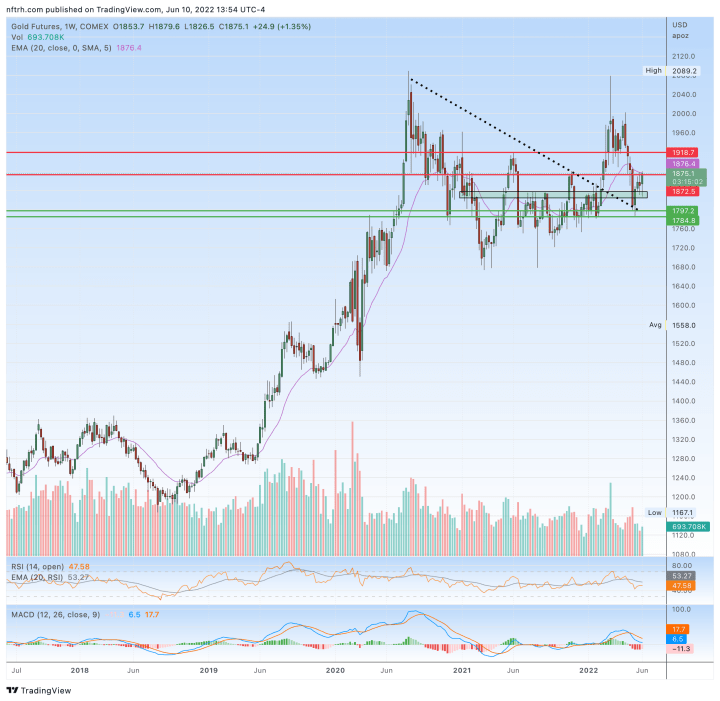 Handle you ask? Well yes. Since mid-2020 when projecting the need for gold to take a corrective breather we had been labeling the ensuing correction as the handle to a bullish big picture Cup. The gold price broke out of the handle in February of this year, put in a hard test of the breakout and now – amid the most hawkish projections yet for the Fed – it is acting unique compared to cyclical and inflated markets. As noted earlier on Friday in the NFTRH Trade Log:

But on a day like today, insofar as the uniqueness persists I take it seriously. Patiently, but seriously.

Especially since the monthly chart is and has been bullish since well before we projected the mid-2020 correction/consolidation. There is one thing and one thing only that I do not like about this chart. That thing was the failure to make a higher high in March to the 2020 high. It’s not a major issue, but it should be pointed out anyway because it would add an alternative view of a double top should gold unexpectedly fail. Forewarned is forearmed and all… 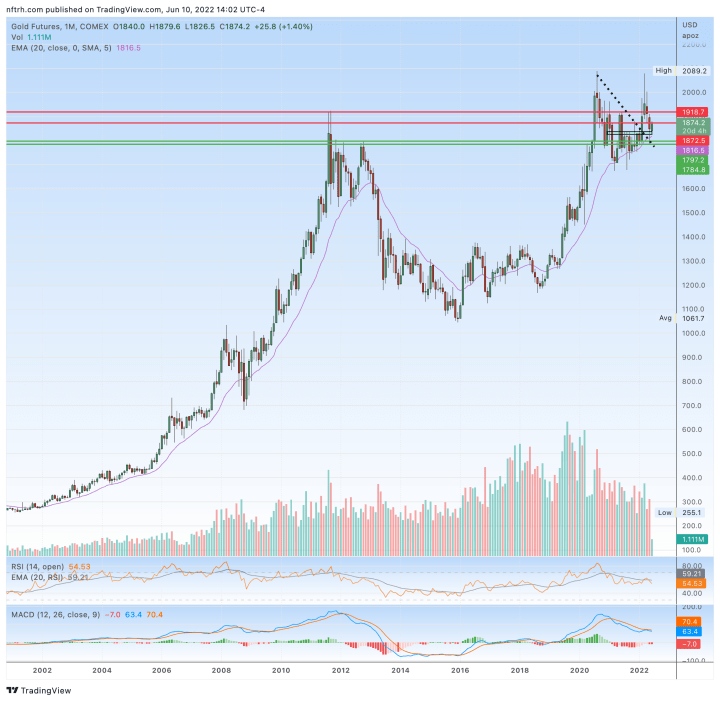 This does not mean to run out and buy gold stocks right this minute (I did add a couple premier royalty companies to my one core miner and core smaller royalty already held), but it is something to watch for as we enter FOMC week. With the economically corrosive aspects of the current stagflationary environment, and with gold already out-performing stock markets and some commodities it is time to look for change. That change will not be toward the type of inflation that lifted so many cyclical boats out of the 2020 quagmire.