2 hours 23 minutes ago
Revisiting An Old Premise
2 days 3 hours ago
GoldSeek Radio Nugget -- Patrick Yip: "OneGold, the Robinhood for PMs"
2 days 4 hours ago
Was That a False Breakdown in Silver?
3 days 5 hours ago
Silver Update Video: Bullish news for Silver this week as China..
3 days 11 hours ago
The Silver Chart THEY Don’t Want You to See!

Safe Havens from Inflation Are in Shortage Too

The recent selloff in stocks makes many investors more than a little nervous, particularly when they lack broad diversification.

Americans who own only conventional assets, such as stocks and bonds, have had a great run. Now many are thinking about when to cash out and which assets will be best to hold as they hunker down.

Thus far, the investor flight to safety has been modest. But portfolio de-risking is now set to grow. Many Americans can smell something rotten in the financial markets but have yet to take action.

If investor sentiment deteriorates much further, the modest flight to safety could become a mass migration. Demand for safe-haven assets will be on the rise. The problem is there isn’t going to be much supply.

Times have changed and the fundamentals which underpin certain tried-and-true asset classes have shifted.

Consider what it is that makes an asset “safe”:

Consider how the Federal Reserve Note “dollar,” US Treasuries, and real estate stack up when applying to the factors above. These traditional safe-haven assets don’t look nearly as safe as they have in times past. 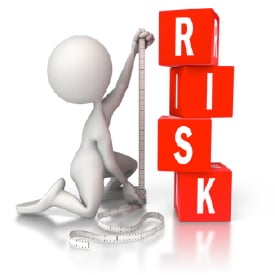 The greenback remains king in terms of liquidity. Nothing is simpler to get into, or out of. And fiat money is, of course, incredibly useful... right up until the confidence underpinning its value fails.

There is little else positive to say. Dollars are anything but scarce in this age of central banking gone mad. Our fiat currency’s value has been in constant decline since officials reneged on the promise to redeem it in gold.

Alarm bells are starting to ring with price inflation now at 40-year highs. Unchecked inflation means any alternative to the dollar, whether it be gold or candy bars, looks valuable.

US Treasuries also aren’t what they used to be. Like dollars, the problem isn’t that they are hard to buy or sell. The trouble is vast oversupply. Government debt has exploded over the past two decades.

At the same time, bond yields remain near multi-generational lows. This is only possible because the Fed and other central banks around the world buy Treasuries in outrageous quantities, completely without regard for yield.

Buying bonds at prices near the all-time highs, with yields at just a fraction of the current inflation rate all but guarantees losses. Anyone looking for safety should make a hard pass.

Real estate is much more difficult to buy and sell than paper assets or physical metal. But real estate is a tangible asset which offers permanent utility. The supply is, of course, fixed.

While real estate will almost certainly perform better as a safe haven than Treasuries or cash in the years ahead, there is reason for concern over real estate’s relative value.

As prices continue to push into the stratosphere, affordability is falling. The saving grace has been mortgage rates at, or near, all-time lows.

Central bankers have demonstrated an absolute commitment to keeping interest rates low. However, rampant price inflation could force them to alter course.

Americans may also have to face the final reckoning for decades of out-of-control monetary policy. That day may not be too far off.

Precious metals are well positioned in a landscape short on liquid assets which function well as a store of value. Insane monetary policy has eroded the fundamentals for many assets, especially those traditionally deemed to be the most secure.

As coming waves of investors wake up and look for somewhere to run, gold and silver should stand out.