After sitting on the sidelines for much of last year, central bank appetite for gold has resumed, in part due to inflationary pressures globally along with disruptions in the energy market. 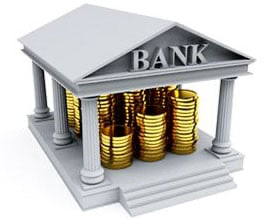 Russia recently reached a milestone record for its gold reserves, now ranking fifth in the world for the size of its holdings.

Russia now holds well over 20% of its reserves in gold! This represents nearly 2,300 tons of gold now held by the totalitarian nation, and that figure is likely to increase substantially in the years ahead.

Meanwhile, the central banks of Serbia, Hungary, Thailand, France, and Germany have added gold to their reserves in recent months. Brazil even bought 41.8 tons recently.

The heavy gold accumulation by central banks points to an ongoing shift away from the Federal Reserve Note “dollar” as the global reserve currency of choice and points to the ongoing shift in global economic dynamics.

For the past five decades, an irredeemable U.S. dollar standard has been in force. President Richard Nixon’s 1971 order revoking the ability of foreign countries to redeem their dollar holdings directly for gold meant the “full faith and credit” of the United States is all that now backs the global monetary order.

Fifty years ago, the United States was still operating on a sustainable financial path. Its debt as a percentage of GDP came in at under 25%.

Today, the U.S. is going full speed ahead down a financially reckless path. Official government debt now totals 120% of GDP, and the Federal Reserve is creating $120 billion in currency each month to buy Treasury bonds.

The keepers of the world’s reserve currency have abused their extraordinary privilege. They now risk losing the world’s confidence.

The fact that foreign central banks continue to buy and hold gold should serve as a warning to all investors. Clearly these central banks are seeking stability and diversification.

Physical gold bullion can not only serve these purposes, but it can also provide foreign central banks with added credibility on the world stage.

The global shift away from the Federal Reserve Note could have major ramifications for all of our fiat currency. As greenbacks flow back stateside from overseas, the massive oversupply could force its value to decline rapidly will driving up domestic costs.

The decline in the purchasing power of the dollar has been more and more apparent lately.

As the costs of everyday goods and services rise, it takes an increasing number of dollars to pay for them.

These extra dollars are no longer used for hiring or investment but rather to simply maintain the status quo.

A dollar decline can lead to not just an economic slowdown, but also could even point towards a full-blown stagflation (i.e. an inflationary recession).

Gold and silver have a strong tendency to move in the opposite direction of the Federal Reserve Note; hence, a decline in dollar’s value tends to lead to higher precious metals prices along with other tangible assets.

The decline and fall of the U.S. dollar as world reserve currency could mark a key turning point in financial history. Fiat currencies and the debt instruments denominated in them may fall in tandem. Investments in precious metals stand to rise.

Got gold? Got silver?