14 hours ago
COT Silver Report - August 12, 2022
1 day 22 hours ago
Was $18 Silver the Bottom? Next Pivot? - Lawrence Lepard
3 days 2 hours ago
Silver Coin Premiums – Another Collapse?
4 days ago
The End Game for Silver Shenanigans...
5 days ago
The Fed Is All Talk, and JPMorgan Trial EXPLAINED - Chris Marcus

Although we tend to focus more on the fundamentals here at Money Metals, the technical indicators can offer important insights. Such as right now.

Many traders, investors, and momentum players will closely examine the market trend to determine if and when to enter or exit the market.

A market with a strong technical foundation can launch to dizzying heights, while a market displaying weak technicals will have a tough time putting together any sustainable upside.

The gold market has been primarily range bound for the last two months. The $1700 and $1800 levels have acted as support and resistance. Medium term, though, gold has been in a downtrend since its $2,100 high last August. 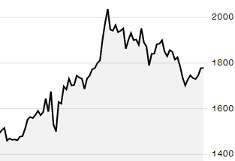 The chart has provided some clues, however, that suggest the bulls are finally regaining traction and the market is potentially gearing up for a breakout above $1800 in the coming weeks.

First, the market has been making higher swing highs with higher lows. Second, the volume on any pullbacks has been very light, whereas the volume on upside has been stronger.

The market, if it does in fact stage a breakout above the $1800 area, it will have carved out a short-term double bottom. This type of chart pattern is reliable and points to upside gains at least the height of the pattern from bottom to swing high, i.e., a $100 rally.

Against the backdrop of improving technicals in the gold market, the yellow metal also enjoys support from fundamental factors such as increasing inflation fears, easy monetary policies, and staggering federal deficits.

The Federal Reserve is meeting again this week and will announce its decision on policy and hold a press conference today to spin its message out to the financial markets.

No changes are expected from the central bank, but market participants will pay very close attention to the bank’s commentary looking for any clues about the path of policy going forward.

In addition to the threat of rising inflation and easy monetary policies, the gold market may also benefit from a stock market reversal assuming one develops.

Stocks have continued their ascent despite numerous issues in the way and many analysts seem to be of the opinion that a top could be near or at hand.

Given the rapid and extended rise in equities, a significant decline could take place that has the potential to rapidly drag equity prices sharply lower.

A stock market decline of 10, 20, even 30+ percent could pave the way for sharply higher gold and metals as investors seek out perceived safe havens to put capital to work.

The high and rising levels of U.S. debt should also add fuel to the fire. 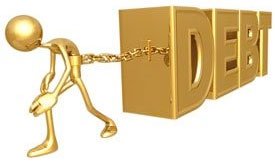 The U.S. debt is now at a record, and rising-debt to-GDP ratios could signal trouble on the horizon. If a mass exodus from U.S. debt does take place, borrowing costs could skyrocket overnight and the effects on the domestic economy could be crippling.

The threat of massive inflation exists, and such rising price pressures could send the price of gold running to fresh all-time highs above $2,100. Such a situation could even cause the Federal Reserve to simply print even more money and monetize debt to force down long-term rates, exacerbating the problem.

Whatever the case may be, the current technical outlook for gold is looking better than it has in many months.