14 hours 45 minutes ago
COT Silver Report - August 12, 2022
1 day 23 hours ago
Was $18 Silver the Bottom? Next Pivot? - Lawrence Lepard
3 days 2 hours ago
Silver Coin Premiums – Another Collapse?
4 days 1 hour ago
The End Game for Silver Shenanigans...
5 days 1 hour ago
The Fed Is All Talk, and JPMorgan Trial EXPLAINED - Chris Marcus

Is Bitcoin losing its luster?

The 25% sell-off would be akin to a crash in the S&P 500. But for crypto markets, that kind of volatility is fairly routine.

Bitcoin is still substantially higher for the year. And cryptocurrency “hodlers” continue to eye much higher prices ahead.

Nevertheless, Bitcoin’s volatility makes it very difficult to serve the functions of a conventional currency.

For example, there is virtually no institutional lending or borrowing denominated in Bitcoin.

And few counterparties are willing to sign long-term contracts such as monthly leases with future payments to be made in cryptocurrency.

In contrast to Bitcoin, gold’s volatility profile is much lower.

Having thousands of years of history behind it as a store of value also provides more certainty that gold will continue to hold value far into the future.

Gold is considered by the Bank for International Settlements to be a “Tier 1” asset within the financial system – meaning banks can hold it as qualified reserves with no discount – along with cash and high-quality debt instruments.

While you’re unlikely to be able to walk into a commercial bank and get a certificate of deposit or a loan denominated in gold, you can pledge gold assets as collateral.

Monetary Metals & Co. issues gold-based bonds: “A Gold Bond is similar to a conventional dollar bond, except that the face value is denominated in ounces of gold, and the interest and principal are paid in gold.” 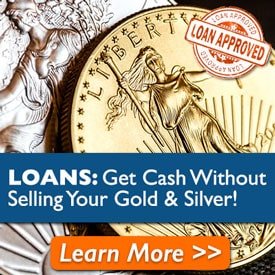 If you own at least $35,000 worth of precious metals and store them in the Class 3 vaulting facility operated by Money Metals Depository, you may be eligible for a low-interest loan for business or investment purposes (if allowed in your state).

Another way gold can be harnessed for financial transactions is through gold clause contracts that define gold as the means of payment. They allow both parties to an exchange to avoid transacting in dollars.

A gold clause contract is perfectly legal. That said, there are many nuances that go into drafting it properly. Full enforcement of the contract to prevent dollars from being substituted for gold will depend on your state’s laws.

Some legal and tax barriers to gold and silver being able to compete freely with the U.S. dollar exist at both the state and federal level.

One of the biggest impediments is that gold and silver aren’t recognized as money in the tax laws. Therefore, federal income taxes are imposed on realized “gains” on sound money (which are largely a reflection of losses in the dollar’s purchasing power).

Rep. Alex Mooney’s Monetary Metals Tax Neutrality Act (H.R. 2284) would clarify that the sale or exchange of precious metals bullion and coins are not to be included in capital gains, losses, or any other type of federal income calculation. “My view, which is backed up by language in the U.S. Constitution, is that gold and silver coins are money and are legal tender,” Rep. Mooney said.

There is obviously no Constitutional basis for Bitcoin as money. Cryptocurrency has recently drawn the ire of politicians and regulators, who are bent on restricting or banning its use, in a way that gold hasn’t. 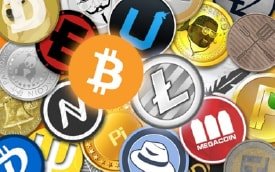 And it doesn’t mean that they do not represent remarkable innovations with excellent use cases.

In fact, Money Metals is the top U.S. dealer when it comes to use of crypto currencies as a payment medium for customers who wish to buy or sell precious metals.

But especially given the hostility of the global banking system shows toward cryptocurrencies, their prospects for being integrated into the financial system could be limited, and their ability to serve as long-term stores of value currently rests on speculation.

Gold is a more stable form of money. Beyond merely being hoarded for wealth protection, it can also play an important role in banking, finance, and contracts.