September 09, 2022 We Didn’t Print Money… Honest We Didn’t And More Baseless ClapTrap from Central Banks
September 02, 2022 When Markets Forget That Central Banks Cannot Fix the World with Interest Rates
August 05, 2022 Standby for Increased Gold Demand from China
July 22, 2022 When Rock Begins to Beat Paper
June 16, 2022 Is the Game Over for The Fed?

20 hours 18 minutes ago
The Euro in Huge TROUBLE | Will Gold & Silver See Their Day? - Peter Krauth
2 days 7 hours ago
GoldSeek Radio -- Bill Murphy: After 12 years of frenzy, modern investors are blissfully unaware...
3 days ago
Housing Crash Around The Corner? When Will Gold & Silver Take Off? - Adam Taggart & Economic Ninja
4 days 21 hours ago
COT Silver Report - September 23, 2022
5 days 9 hours ago
Silver From Comex Depleting! Where is The Silver Going? 🚨 - Ed Steer

Brace Yourself for the Impact 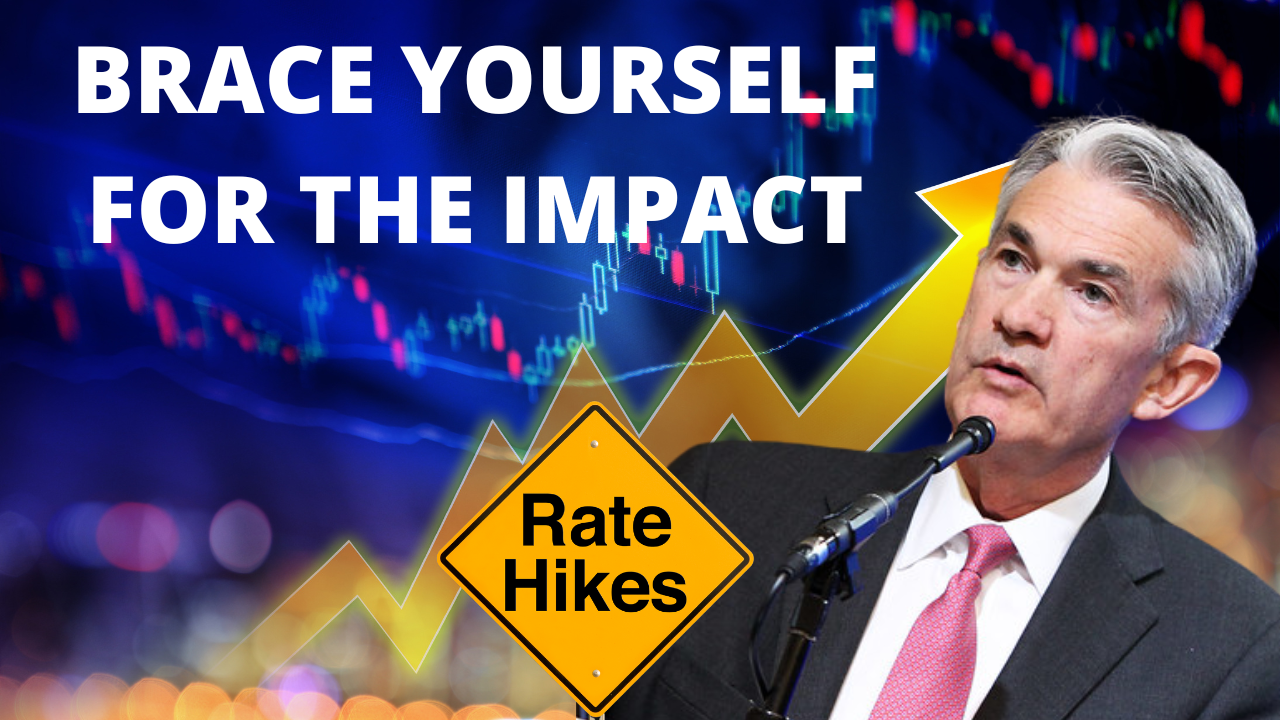 The Summary of Economic Projections (SEP) showed that the median projection is for a further 1.25% increase by yearend. 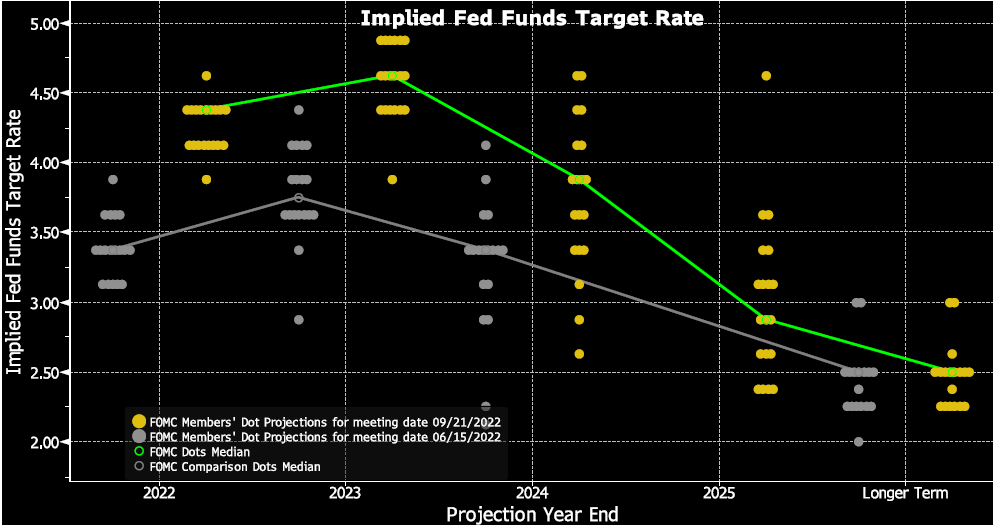 Central Banks Have Already Lost Control Over the Markets

The statement did acknowledge that Russia’s war against Ukraine is causing tremendous human and economic hardship.

The war and related events are creating additional upward pressure on inflation and are weighing on global economic activity. The Committee is highly attentive to inflation risks.

The difficulty is that central banks have zero control over supply issues and their only response is to choke demand to meet the limited supply.

Also, the approach of raising interest rates does not target sectors but is instead broad based across the entire economy.

Lies, damned Lies, and statistics – statistics can be misleading. The U.S. unemployment rate is one of the main indicators the Fed uses for its measure of the labour market.

The caveat is that a person without a job must have actively looked for a job in the last four weeks to be counted as unemployed. Otherwise, they are not counted as a participant in the labour force.

In other words, because of the way the unemployment rate is calculated it could be ‘artificially low’.

People are ‘dropped out of the labour force figures’ instead of being counted as unemployed.

The number of employed in the U.S. as a percent of the population has also not recovered to pre-covid levels. So it may turn out that the FED believes employment markets are stronger than they actually are because of misleading statistics.

And since the FED wants to raise interest rates until the labour market breaks, maybe they are raising rates based on bad statistics. 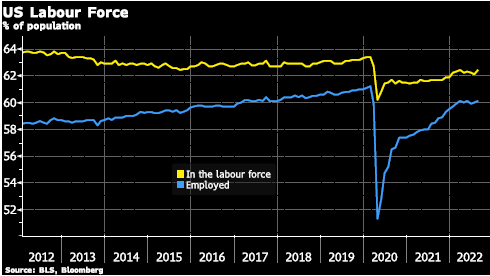 There are many reasons quoted by individuals for not returning to the labour market. The highest job openings brackets are in health care and hospitality.

The burnout rate during/post covid of healthcare workers has many moving to different sectors or choosing to advance their education, stay home, or early retirement instead of returning to the sector.

The high burnout of healthcare workers coupled with an average salary of US$48,000 to $65,000 for a paramedic in New York City, where the monthly average rent is close to $4,000.

It is no wonder there are more job openings than applicants in this sector. Wage inequality has been a very long-standing problem in the U.S. According to Forbes the average S&P 500 CEO currently makes 299 times the average employee.

This compares to the average CEO earning 50 times more than the average employee in 1950. In the current post-covid, the high inflationary environment is ripe for U.S. employees to demand higher wages.

The SEP projections also show that the Fed does expect economic growth to be weaker than its June Projection (table below) with only 0.2 growth this year and 1.2% growth next year.

With a higher unemployment rate projected at 4.4%, this implies more than 1 million additional unemployed people in America. And still, inflation is well above the Fed’s 2% target.

High inflation, and rising unemployment have strong parallels to the early 1980s. Add to this a U.S. Administration that blames everyone but themselves for the issues at hand…we are reminded of Jimmy Carter.

The Fed was late to recognize inflation, late to raise rates, and late to start quantitative tightening (shrinking the balance sheet), are they now going to be late to recognize how much effect the higher interest rates are slowing economic growth.

And if the two quarters of negative U.S. economic growth in the first half of the year and the disastrous earnings announcement from FedEx are any indications; not only the U.S. but the global slowdown is at hand!

When economic growth does slow politicians will turn the blame on central banks.