The Monetary Metals Tax Neutrality Act (H.R. 2284) backed by the Sound Money Defense League and free-market activists – would clarify that the sale or exchange of precious metals bullion and coins are not to be included in capital gains, losses, or any other type of federal income calculation.

“My view, which is backed up by language in the U.S. Constitution, is that gold and silver coins are money and are legal tender,” Rep. Mooney said. 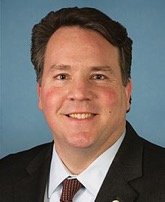 “If they’re indeed U.S. money, it seems there should be no taxes on them at all. So, why are we taxing these coins as collectibles?”

Acting unilaterally, Internal Revenue Service bureaucrats have placed gold and silver in the same “collectibles” category as artwork, Beanie Babies, and baseball cards – a classification that subjects the monetary metals to a discriminatorily high long-term capital gains tax rate of 28%.

Sound money activists have long pointed out it is inappropriate to apply any federal income tax, regardless of the rate, against the only kind of money named in the U.S. Constitution. And the IRS has never defended how its position squares up with current law.

Furthermore, the U.S. Mint continuously mints coins of gold, silver, platinum, and palladium and gives each of these coins a legal tender value denominated in U.S. dollars. This formal status as U.S. money further underscores the peculiarity of the IRS’s tax treatment.

A tax neutral measure, the Monetary Metals Tax Neutrality Act states that “no gain or loss shall be recognized on the sale or exchange of (1) gold, silver, platinum, or palladium minted and issued by the Secretary at any time or (2), refined gold or silver bullion, coins, bars, rounds, or ingots which are valued primarily based on their metal content and not their form.”

Under current IRS policy, a taxpayer who sells his precious metals may end up with a capital “gain” in terms of Federal Reserve Notes and must pay federal income taxes on this “gain.”

Under Rep. Mooney’s bill, precious metals gains and losses would not be included in any calculations of a taxpayer’s federal taxable income.

“Inflation is a regressive tax that especially harms wage earners, savers, and retirees on a fixed income,” said Jp Cortez, policy director at the Sound Money Defense League. “We are encouraged to see legislation targeting the evils of the Federal Reserve System.”

“The IRS does not let taxpayers deduct the staggering capital losses they suffer when holding Federal Reserve Notes over time,” said Stefan Gleason, president of Money Metals Exchange, the U.S. company named  Best Overall Precious Metals Dealer by Investopedia.com.  “So it’s grossly unfair for the IRS to assess a capital gains tax when citizens hold gold and silver to protect them from the Fed’s policy of currency devaluation.”

The text of the H.R. 2284 can be found here and additional information on its current status is located here.

Jp Cortez is a graduate of Auburn University and a resident of Charlotte, North Carolina. He is the Policy Director of the Sound Money Defense League, an organization working to bring back gold and silver as America's constitutional money. Follow him on Twitter @JpCortez27