17 hours 30 minutes ago
The Short Position in SLV
23 hours 36 minutes ago
Here Is Why Silver Demand Will Climb to a New Record High! - Keith Neumeyer
4 days ago
This Is Why NOW Is the Perfect Time to Buy Silver - Garrett Goggin
4 days ago
Rico Charges Dropped On Silver Manipulation Trial
4 days 22 hours ago
Has Inflation Been Defeated?

Fed Offers No Holiday from Inflation 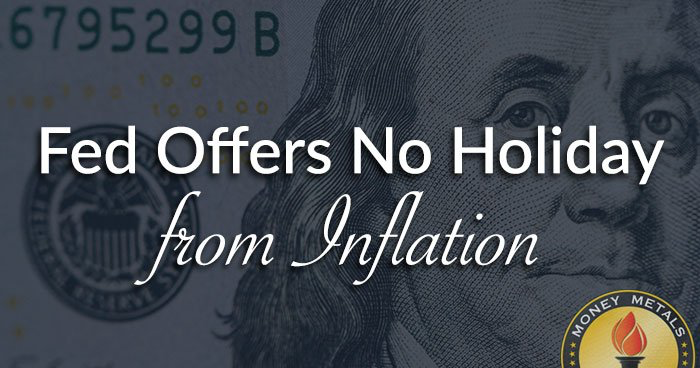 Heading into Memorial Day weekend, American motorists will see the highest prices at the pump since 2014, according to AAA. Gas prices now average $3.04 a gallon nationally – reflecting a jump of more than $1.00 compared to the same time last year.

A rising gasoline price is just one of many emerging symptoms of a larger inflation problem:

These examples are even being confirmed by the government’s own notoriously understated Consumer Price Index (CPI) and Producer Price Index gauges.

The latest CPI data shows inflation running at a 4.2% clip while producer prices have shot up 6.2% from a year ago.

The inflation surge should alarm investors who are positioned in dollar-denominated paper assets. But they can’t say they weren’t warned.

It’s not just gold bugs who have been warning of higher inflation. The Federal Reserve itself has been trumpeting its intent to raise and keep inflation rates above 2% for an extended period.

Now the Fed is trying to downplay the recent surge in consumer prices as “transitory” so that it can continue to pursue extraordinary stimulative monetary policy – while egging on Congress to rack up gargantuan deficits and dole out trillions of dollars.

Federal Reserve Bank of Chicago President Charles Evans said on Tuesday, “I have not seen anything yet to persuade me to change my full support of our accommodative stance for monetary policy.” 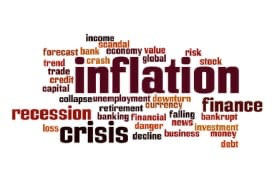 When queried about double-digit rates of housing appreciation bring average home prices 30% above the 2006 peak, Daly said they were “supported by the strong economy.”

How can an economy mired in lockdowns and restrictions for more than a year with tens of millions of people reliant on emergency government aid be regarded as “strong”?

It’s strong only in the worldview of those who see currency creation and its effects on prices as a legitimate substitute for productivity and real growth.

Daly went on to gloat about “monetary policy actions we’ve taken that support balance sheets for households by lowering interest rates and allowing them to put more money in their pockets.”

In other words, she views Federal Reserve Note money itself (inflation) as an engine for prosperity.

“Higher prices can be seen as evidence that President Joe Biden's economic and health policies are working,” claims CNN, even while acknowledging that the undesirable effects of rising costs could eventually become a problem for the administration.

As long as the Fed and the media can focus on rising home prices and stock market indexes, they can continue to peddle the myth that inflation creates prosperity.

But when the rising costs of living for struggling wage earners and retirees begin to drag on the economy and financial markets, the peddlers of inflation will have to change their tune.

The precious metals markets often serve as an indicator of when inflation turns from being perceived as “good” to being revealed as “bad.”

A gold price surging to record highs would be like the canary in the coal mine to investors concerned about inflation risk. It would signal that trust in the U.S. currency is waning, that the Fed needs to tighten monetary policy, that stock and bond markets are vulnerable.

Gold prices rallied this week to over $1,900 an ounce.

Although gold and silver markets have taken a back seat to copper, lumber, and other commodities for most of the year, precious metals have a chance to exert leadership as the stimulus-fueled economic recovery narrative recedes and the realities of inflation come to the fore.

Many economists including Joel Naroff are decidedly not in the “transitory camp.” According to Naroff, “I think we have a greater risk that this will be an extended period of inflation rather than a transitory period.

The Fed is expecting the risk to fade as the government support winds down.

But if President Joe Biden’s infrastructure and family programs are passed, the Fed could be in trouble.”

The spending already set to take place this year will bring the federal budget deficit up to the previously unthinkable level of $3.1 trillion.

Neither the White House nor Congress have shown any signs of pursuing fiscal discipline. They are hoping, along with Federal Reserve policymakers, that the massive expansion in centrally directed cash infusions will provide a lasting boost with only “transitory” effects on price levels.

In the months ahead, the precious metals markets may indicate a different reality is playing out – one perhaps more akin to late 1970s stagflation. If so, then it will be a difficult investment environment for holders of conventional stocks and bonds who have not diversified into the safe havens of physical gold and silver.