13 hours 15 minutes ago
COT Silver Report - August 12, 2022
1 day 21 hours ago
Was $18 Silver the Bottom? Next Pivot? - Lawrence Lepard
3 days 1 hour ago
Silver Coin Premiums – Another Collapse?
3 days 23 hours ago
The End Game for Silver Shenanigans...
4 days 23 hours ago
The Fed Is All Talk, and JPMorgan Trial EXPLAINED - Chris Marcus

The Fed’s Quest for Higher Inflation: What Could Go Wrong?

The Federal Reserve is warning investors in no uncertain terms that higher rates of inflation are coming. Yet markets, for the most part, have disregarded that warning.

It seems the Fed has a credibility problem.

In August, Fed Chairman Jerome Powell announced that the central bank would begin targeting an inflation “average” of 2%.

By the Fed’s measures, inflation has been running below 2% in recent years. So getting to a 2% average in the years ahead will require above 2% inflation for a significant period. 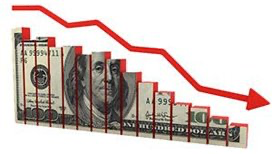 In September, St. Louis Fed president James Bullard doubled down on higher inflation. He said the combination of loose credit, huge government deficits, and supply bottlenecks caused by coronavirus lockdowns could cause an unexpected surge in price levels.

Billionaire hedge fund manager Stanley Druckenmiller is worried that the U.S. dollar will lose purchasing power much more rapidly than the 2% “average” the Fed is currently telegraphing. Druckenmiller recently said he sees inflation rates likely rising to 5% or perhaps even 10%.

The gold market surged to a new all-time high in August before selling off in September. The major bull market appears to be intact, however, which means the next rally could lead to higher highs still.

If gold is a leading indicator of rising inflation – i.e., falling confidence in the value and credibility of the U.S. dollar – then investors should expect other assets to follow gold’s lead.

Instead of enjoying endlessly rising equity values, they may suffer from relentlessly rising food, fuel, healthcare, and other costs of living.

The upshot is that investors can own hard assets that may be set to follow gold to new all-time highs of their own in the months and years ahead.

Silver and platinum, for example, remain relatively cheap. They could each double in value from their current levels in terms of dollars and still have room to run before making new nominal highs – let alone real (inflation adjusted) highs.

Gold and Silver’s Response to Inflation Should Be Spectacular

If inflation expectations fundamentally shift from doubt that the Fed will ever achieve its 2% “average” to fear that it might overshoot, then precious metals could see a spectacular rise.

They won’t merely go up a few percent to reflect a gradual rise in inflation. They will go up multiples to reflect surging investor demand for safe havens.

We saw a preview of that phenomenon in the first half of the year in the midst of coronavirus lockdowns.

A new inflation upcycle can be expected to last much longer and produce much more dramatic results on the charts for metals.

The last true mania phase in gold and silver occurred during the inflationary late 1970s. History doesn’t repeat exactly, of course, but it does give us a rough guide for what could unfold for investors facing a similar environment:

Yes, manias do ultimately end badly. But in the case of hard assets like silver, which have been depressed for years, they are far closer to a major bottom than to a mania peak.

As long as the Fed remains committed to depreciating the currency at a more rapid pace and punishing savers with negative real interest rates (it has vowed to keep its Funds rate near zero through 2023), the major trend for precious metals should remain HIGHER.