Is the Game Over for The Fed? 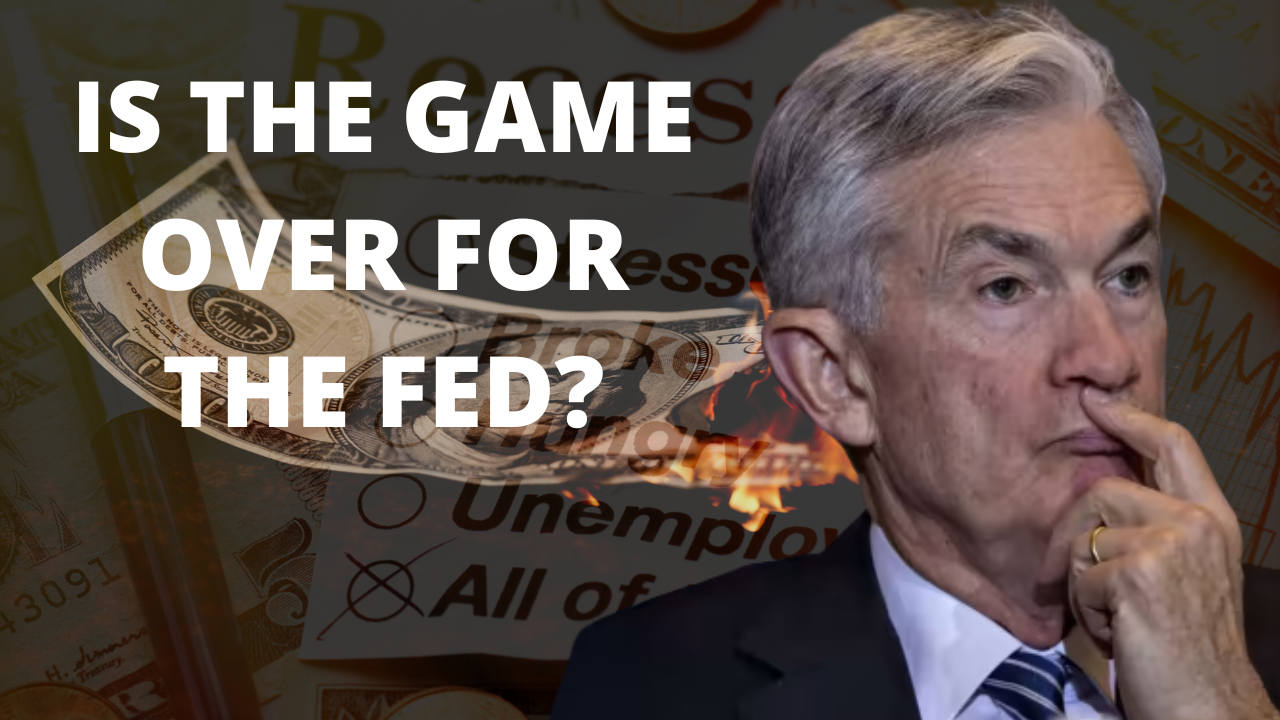 Unsurprisingly the Fed raised rates yesterday. The price of gold and the silver price rallied, suggesting more people are realising there is little the Fed can do to influence the economy at this stage and so it might be better to take control of their portfolios and invest in gold bullion and buy silver.

After announcing a 75-basis point increase in the Fed Funds rate to the range of 1.25% to 1.75% Chair Powell gave a highly scrutinized press conference.

This is the first 75-basis point increase since 1994, a move many economists had said would be a ‘last-resort’ move in fighting inflation.

Not only did the Fed raise interest rates but they also forecast further rate hikes to come. Officials are now forecasting the Fed funds rate to end 2022 in the 3.25%-3.50% range and then end 2023 even higher at around 4.00%.

After declining earlier in the week, both gold and silver rallied after the Fed meeting, as did US equity markets – a rally in precious metals following a rate hike is not the ‘usual’ reaction when the Fed raises more than expected.

Have We Lost the Confidence in The Fed?

This begs the question: Have markets already lost confidence in the Fed’s ability and willingness to tighten? When loss of confidence becomes obvious money will rush to precious metals.

The 75 instead of 50 basis point rate increase was not totally unexpected since May’s reading of US inflation measured by the Consumer Price Index released last week came in hotter than expected at 8.6%, a fresh 40-year high!

Some say the Fed was forced by this data to hike 75 basis points instead of just 50.

The Fed is attempting to bring down rising prices by raising interest rates and then tame demand to meet supply.

And although the Fed does not directly set the interest rate for consumer products, such as credit cards, auto loans, or mortgages the increasing Fed funds rate will flow through to higher interest rates for consumers and businesses.

According to Freddie Mac, the average 30-year fixed mortgage in the U.S. has increased to 5.23% up from 2.96% a year ago. The housing market is very sensitive to interest rates, especially with stretched valuations and low affordability.

Home prices are likely to decline. Chair Powell may soon be wearing the goat horns for having crashed each market that matters on Main Street: housing and stock and bonds!

Equity markets, especially tech stocks and growth stocks are also very sensitive to increases in interest rates. Powell will be conscious of this, hence why a pivot from the hawkish stance is highly likely.

Despite the rally after the meeting, other sectors are also declining due to the fear of recession and stagflation. The S&P 500 Index as a whole has now dipped into bear territory on these fears. This means that it has declined more than 20% from recent highs.

Markets are now realising the Fed talks big about fighting inflation but its actions are still quite timid.

The chart below shows the Fed’s preferred measure of inflation. The blue line is the year-over-year change in the PCE Price Index (Personal Consumption Expenditures Index) and the yellow line is the Fed funds rate.

The chart clearly shows that the PCE price index hasn’t been this far above the Fed funds rate since the early 1970s. In other words, the Fed is still very much behind the inflation curve – interest rates remain well below the rate of inflation.

This is positive for gold and silver! Central banks have forever been predisposed to incite inflation by remaining ‘behind the curve’ and in 2022 things have not changed for the better.

The second notable reason markets rallied after the announcement on Wednesday is that Chair Powell indicated that after the Fed funds rate reaches the ‘neutral rate’ of around 2.5%. This increase will be on ‘auto pilot’ at 25 basis points per meeting thereafter. This will keep the Fed ‘behind the curve’ even longer.

On top of all this, there is the increasing possibility that the U.S. economy will slide into a recession by the end of the year.

And again, although Chair Powell talks big, there is a likelihood that the Fed and U.S. Administration do not have the political will to tolerate a long recession and will reverse policy tightening when the rubber meets the road.

1994 was the last time the FOMC hiked by 75 basis points, it panicked and cut rates just seven months later.

U.S. GDP contracted in the last quarter and the Atlanta Fed GDPNow model is forecasting zero U.S. GDP growth in the second quarter.

The FOMC also downgraded their GDP projection for all of 2022 to 1.7% today from the 2.8% projection made three months ago.

The likelihood of stagflation setting in – the combination of high inflation, stalled economic growth, and rising unemployment is becoming higher as the Fed raises rates and economic growth continues to weaken.

Once the situation becomes obvious politicians will scream at central bankers to do ‘something’. At this stage, every remaining ‘something’ they have left in their toolbox is good for precious metals.

As John Henry Newman wrote, ‘Growth is the only evidence of life’. It’s looking increasingly likely that life support will have to be turned on soon.

Gold and silver investors aren’t the only ones worrying. The ECB also held an emergency meeting yesterday to discuss how it could help some of the group’s more indebted members from the higher rates, so worried are they of how much this could impact the already weak economic area. They too expect to see their own rate hikes, starting next month.

The bottom line is largesse in central bank balance sheets and money printing is not going away permanently or even for a full cycle but is just temporarily on hold. This adds to the reasons to hold gold and silver!

We have been talking a lot about perception recently. You will have noticed it as a theme in some of the recent GoldCore TV interviews, as well as on Twitter and a couple of our blogs.

Good News For Gold and Silver

Chairman Powell’s statement following the rate hike announcement is yet another example of policymakers trying to skew perceptions and pass the buck.

Not once in the statement did Powell refer to years of loose monetary policy that practically put them in competition with Gutenberg when it comes to services recognised in the printing industry.

Inevitably oil prices and Russia’s invasion of Ukraine were mentioned. This signals to the market and to voters that much of what is going on in the economy is out of the Fed’s control, and they had little to do with getting us to this point.

We see this time and time again; Voters’ understanding of the economy can be so skewed by the media and politicians’ statements. They can lose sight of what people in power have the power to change.

For too long it has been the case that people are more inclined to believe what partisan politics and media outlets are telling them than what they themselves are experiencing!

So when does the turning point happen? Did we see it happen yesterday when gold and silver climbed following what would normally be preferable conditions for them? When it happens, how long will it take for politicians and policymakers to realise it is happening?

Standby for that gold and silver market update!