They made their case to other global elites gathered in Davos on Monday for the World Economic Forum’s annual meeting.

Kristalina Georgieva, managing director of the International Monetary Fund, said, “Bitcoin may be called a coin, but it’s not money. It’s not a stable store of value.”

A governor with the Central Bank of France agreed and added, “Cryptocurrencies are not a reliable means of payment. Someone must be responsible for the value, and it must be accepted universally as a means of exchange.”

The solution, they say, is CBDCs. Digital currencies issued by central banks, recognized officially by governments, and circulated into the economy in partnership with large commercial banks would supposedly represent safe, secure, and stable digital money.

Unfortunately, privately issued crypto tokens backed by nothing are indeed fraught with risks. Many cryptocurrencies, including even some branded as “stablecoins,” have proven to be massive failures or outright scams.

The Luna token, which was touted as being pegged to the U.S. dollar via TerraUSD, turned out to be pegged to zero – or close to it. Luna recently crashed by over 99% to wipe out $40 billion in digital fantasy wealth as the supply of the tokens hyperinflated. 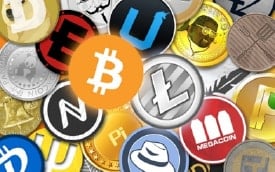 Meanwhile, Bitcoin evangelists decry alt-coin shenanigans and insist only Bitcoin can function as a true global decentralized digital currency. But Bitcoin, being rarely used in everyday transactions, is functioning more as a pure speculation – one that is losing value to other currencies including gold so far in 2022.

Anyone who holds Bitcoin or any other crypto via an online exchange should be aware that in addition to price risk, they are assuming enormous counterparty risk.

Several years ago, the then leading exchange Mt. Gox imploded. Hundreds of thousands of Bitcoins were lost or stolen in the Mt. Gox fiasco.

The current leading crypto exchange is Coinbase. It has been beset by deteriorating financials amid the broader tech sector rout. If it were to fail, the assets of customers would be at risk.

Would a proposed CBDC, “Fedcoin,” be the solution to such risks?

Not if preserving purchasing power is the goal! A digital dollar issued by the Federal Reserve would make it even easier (and more tempting) for Washington D.C. to grow the supply of dollars at will.

Fedcoin wouldn’t be “a stable store of value” as the IMF describes. Fed Chairman Jerome Powell has even admitted that with inflation at 40-year highs, the central bank is failing to meet its own mandate of price stability.

Neither central bankers nor the issuers of various unbacked digital coins that gyrate wildly are serious about establishing sound money. If they were, they would tie their currencies to something with tangible value that cannot be destroyed – like gold.

Although gold’s near-term value does fluctuate in terms of fiat currencies and other assets, over time it retains its purchasing power. No government-issued currency has gold’s centuries’ long track record of being trusted as the ultimate money. And needless to say, no newfangled cryptocurrency can be guaranteed to hold any value over any period.

Investors should be aware, though, that they can be vulnerable to scams and counterparty risks if they aren’t careful about how they attain exposure to gold and/or silver. If they can’t hold it in physical form, they may not really own it.

There are plenty of paper derivative products tied to precious metals’ prices, including exchange-traded funds, futures, and deceptively marketed unallocated bullion “accounts.” In the event of a financial crisis or bankruptcy by a custodian, these instruments can potentially implode.

The most direct way to own physical bullion is, of course, to take possession of it and store it in a home safe.

It’s certainly a good idea to have immediate access to some gold and silver coins in the event of an emergency.

But bullion holders can attain a higher level of protection against threats such as burglary and natural disaster by also storing some of their precious metals at a highly secure vault such as Money Metals Depository.

Any bullion stored on your behalf at a depository should be held under a bailment-type storage agreement, segregated from the assets of other customers (i.e., not pooled or co-mingled), and fully insured.

Hard money is the real alternative to both digital coin schemes and value-destroying inflation generated by central banks.