1 day 6 hours ago
This Is Why NOW Is the Perfect Time to Buy Silver - Garrett Goggin
1 day 6 hours ago
Rico Charges Dropped On Silver Manipulation Trial
2 days 4 hours ago
Has Inflation Been Defeated?
3 days 18 hours ago
COT Silver Report - August 12, 2022
5 days 2 hours ago
Was $18 Silver the Bottom? Next Pivot? - Lawrence Lepard

Hedge Funds Getting Bullish on Gold

The gold market has seen many momentum shifts in recent months. At the end of the day, however, the market really depends on one simple factor: Are the big money inflows trending in a bullish or bearish direction?

Near market lows, speculative interest tends to be heavily on the short (bearish) side. That sets the stage for buying pressure to be released when rallies force short sellers to cover their positions.

Recent data suggests that hedge funds and large market participants are again ramping up their bullish gold positioning and that could take the yellow metal to previous all-time highs… or beyond.

Hedge funds have increased their bullish bets on gold and do not appear to be afraid of recent talk of Federal Reserve tightening sooner than expected. 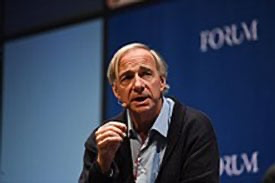 Dalio has also been dabbling in cryptocurrencies. But rival billionaire hedge fund manager Paul Singer calls them “ridiculous,” preferring instead to own tangible alternatives to cash, including gold.

Guggenheim's CIO Scott Minerdi is eyeing an ultimate price target between $5,000 and $10,000 per ounce. “As money leaves crypto and people are still looking for inflation hedges, gold and silver are going to be much better places to go,” he said recently.

Of course, there are numerous reasons why hedge funds and other big players may want to get their hands on gold bullion. Rising inflation worries, easy monetary policies, and a weaker dollar to name a few.

With the stock market possibly at or near its high, the buying in gold has not been limited to U.S. market participants.

Players in other nations have many of the same concerns, and those concerns may keep gold well supported as it approaches its previous all-time highs.

According to IPE.com, a major Swiss pension fund has also traded in its hedge fund and raw materials holdings for gold.

Against the current backdrop of rising price pressures and a Fed that is willing to let inflation run hot for a long time, institutional interest in gold is likely to increase further.

Gold started the year around $1,918 per ounce, and a move back above that price could trigger additional buying and momentum upward, according to Blue Line Futures Chief Market Strategist Philip Streible.

The gold market tends to swing based on institutional trading momentum. As the yellow metal demonstrates strength, the amount of longs and size of long positions tends to rise. 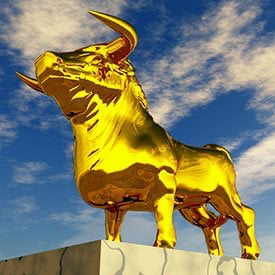 The opposite is true for when the metal shows weakness.

The current environment in gold suggests much further upside potential ahead.

Concerns over inflation, central bank policies, and currency weakness may all play a key role in gold’s rise. Additionally, a stock market reversal or period of risk-off trade could itself fuel further buying.

With little to no chart resistance above the market at current levels, the ascent in gold could be steep and could happen quickly. Once the train leaves the station, gold prices may not return to current levels ever again.