Maybe a little too much detail, as the TA novelty known as the Andrews Fork makes an appearance. But here is the story that the bigger picture weekly view of the HUI Gold Bugs index wants to tell. 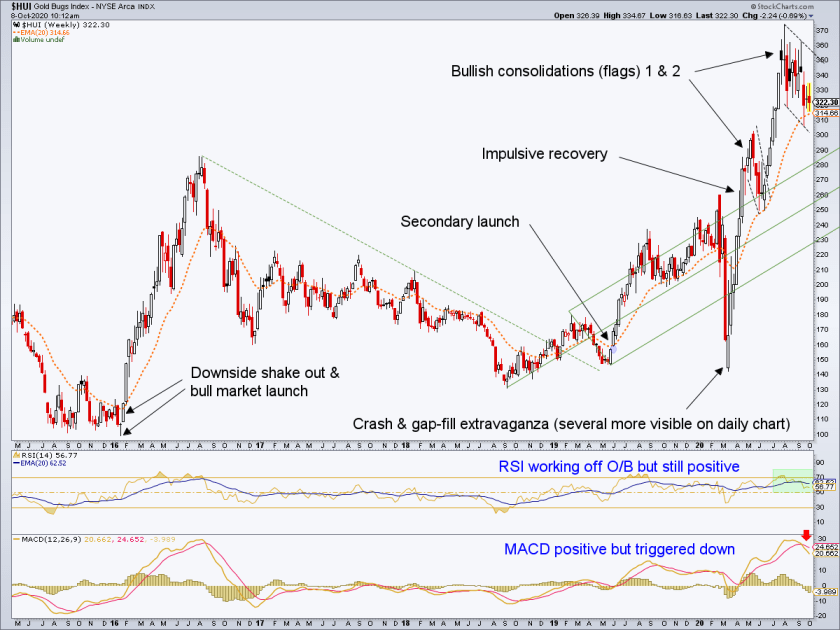