February 24, 2021 The Dollar Is Dead; Long Live The Dollar
February 22, 2021 Congress May Increase The Moral Hazard Building In The Market
February 16, 2021 March Melt-Up Madness
December 21, 2020 Final Test For The Market Before Year End
December 07, 2020 This Market Is Terribly Stretched

Well, let’s start with the “shallow people.” And, within the context of markets, I am specifically referring to those with shallow and superficial perspectives about markets.

You see, the typical manner in which many view markets is that they see a market move, look to the news, and assume that the news of the day “caused” the market move that we see.

The reason that this is superficial is because we often see the market move in the exact opposite way one would have expected based upon the substance of the news event, leaving many scratching their heads. And, if you are honest with yourself, you know this has likely happened to you many times. 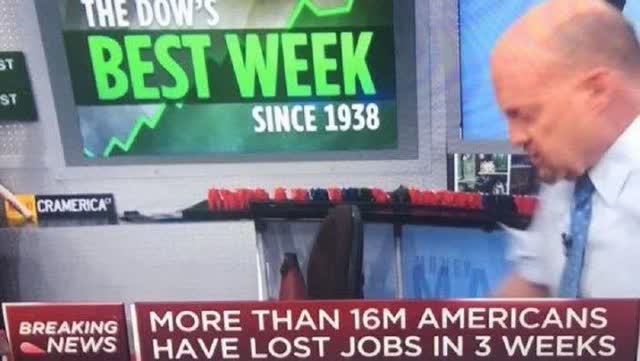 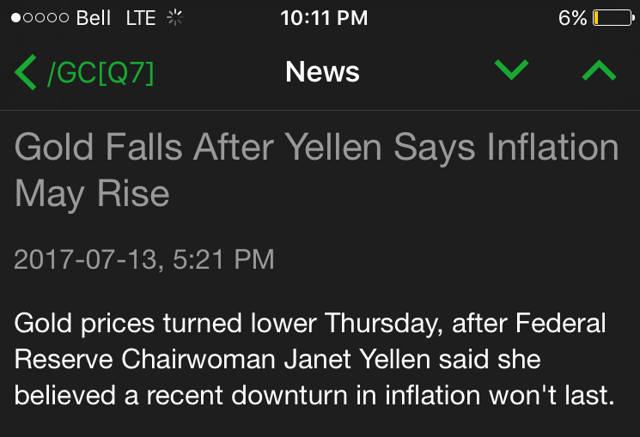 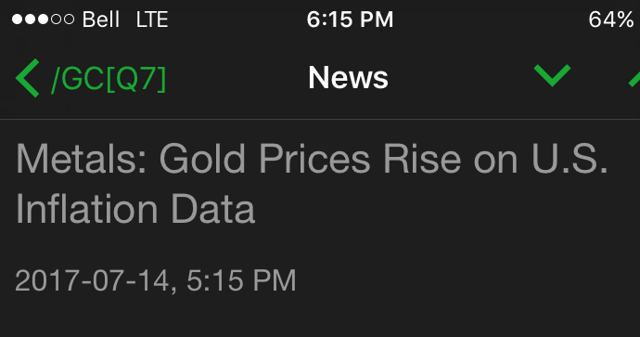 And, if you were paying close attention this past week, then you must have been scratching your head again... that is, if you are being honest with yourself.

This past Monday, the market spiked higher supposedly due to vaccine news. Now, mind you, many already knew this vaccine news was coming, so it really was nothing new to the market. Yet, it was the only news event that day, so of course all the “shallow” pundits proclaimed that this was certainly the cause of the rally.

The very next day, the market declined. And, it clearly left all the news followers scratching their heads because just the prior day the miracle drug announcement was made about a vaccine that would vanquish this Covid epidemic. So, what were the pundits saying?

“Markets Drop Due To Covid Worries”

And, then, this was the absolute best one:

Do I really need to say anymore about this? Well, if you are not wearing blinders, then I should not have to do so. And, if you are continuing to wear your blinders, well, I doubt there is anything I can do to help you. If you cannot see the ridiculous perspective being presented by “shallow” or superficial analysis this past week about why the market was moving, then I really cannot help you.

Let me take another example from what occurred this past week. The market is filled with Fed-followers who are so certain that the Fed’s actions control the market. Yet, you too must have been wearing blinders this past week.

You see, we had an announcement on Thursday evening that the Treasury ordered the Fed to shut down 9 of 13 emergency lending facilities and return approximately $455 billion by December 31. So, of course, the market must have crashed on the opening bell on Friday, right? Well, the market actually opened right where it closed the prior day. How can that be?

Well, I will let the geniuses amongst us fashion their answers because I am clearly not smart enough to understand how thinking investors can actually believe in these Fed theories if they analyze the markets from anything beyond a shallow or superficial perspective.

Now, let’s move onto the topic of shallow retracements. Well, I outlined in my prior two articles why very shallow retracements that do not strike standard retracement targets make market analysis much harder. The main reason is that it does not leave us with a high probability expectation that the pullback has actually completed until the next rally structure takes shape and triggers. That is where we stand today.

Back in September, I called for the market to pull back from the 3600 region to the 3050SPX region. However, the market came up short and only provided us with 70% of the pullback I expected when we bottomed at just over the 3200SPX region. However, I was focusing the members of ElliottWaveTrader on buying individual stocks during that pullback, as most of which struck their standard targets during that two-month pullback. Yet, as I noted, the SPX came up a bit shallow during that two-month pullback.

So, as I highlighted two weeks ago, even after the first of the vaccine announcements were made, I expected the market to provide us with another pullback. And, that is what we have been seeing these last few weeks. But, again, the market has only provided us with a shallow retracement thus far. Yet, I have no indications that this retracement has run its course.

The main resistance is 3623SPX, with upper support below us in the 3330-3450SPX region. As long as this current pullback holds over support, and begins another rally over the main resistance point, we may develop a break-out set-up which would point us towards the 4200-4300SPX region next in a very strong rally.

However, I would much prefer to see the market remain below the resistance level of 3623, and provide us a deeper pullback at least taking us down into the support region noted above. And, clearly, the market will need to see an impulsive and sustained break of that support in order to suggest we may again make an attempt at striking the 3050SPX ideal target I had wanted to see back in October. But, as it stands at this moment, I am not yet seeing any clear evidence for that potential.

The main point that I am making is that the market is likely setting up for a major rally as we look towards 2021. Based upon the current market structure, I am seeing the 4600-4900SPX region as the next major target for 2021, with the 4200/4300SPX as the initial major resistance before we get to that target zone. And, how the market pulls back over the coming week or two can solidify the market structure projecting to those targets.

And, to reiterate my bigger perspective as I noted in a recent interview on Seeking Alpha:

As we were striking the March 2020 lows and I was telling the members that I was going long again in a big way, I explained my perspective that we were about to start a multi-year rally. Moreover, I made it clear that it also made no difference to me who won the election, as we were setting up to rally over 4000SPX no matter who won the election.

In fact, this is a very similar set up to what we experienced in 2016. In late 2015, I was preparing our members for a drop from the 2100SPX region to the 1800 region, which I said was going to set up a “global melt up” to levels beyond 2600SPX. Moreover, I also explained at the time that we were setting up to rally through 2017 "no matter who won the election." And, since many were expecting a market crash when Donald Trump won the election, our expectation proved quite prescient as we rally from 1800SPX to a high of just over 2800SPX into the end of 2017.

Currently, as we have been developing a similar market structure, I believe we will rally well into 2021, and potentially beyond, as we move toward the 5000 region in 2021 and into 2022. And the pullback that I foresee coming will likely be the last opportunity to buy your positions for the rally I expect in the coming years.