Today (May 17) is a special day. Few people are celebrating it, however. That’s because it’s Tax Day.

After giving taxpayers stimulus checks and a one-month reprieve due to pandemic-related struggles, the IRS now wants its cut from workers, business owners, and investors.

The agency will now be ramping up its audit machinery to try to bring home more revenue amid record-high federal budget deficits. 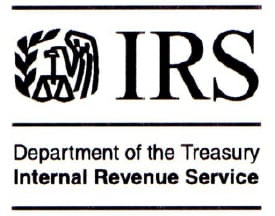 Even if that much additional money could be squeezed out of taxpayers, it would still be a drop in the bucket relative to a budget deficit that is set to swell to over $3.3 trillion in the current fiscal year alone.

But whereas raising tax rates is politically difficult, going after alleged “tax cheats” is a much easier sell.

IRS officials have recently expanded their reach into cryptocurrency exchanges, winning court cases requiring customer data to be turned over.

“The explosion in Bitcoin, Dogecoin, and other cryptocurrencies hasn’t escaped the notice of the Internal Revenue Service,” reports Fortune. “The IRS is prioritizing an effort to enforce reporting on crypto trades to find people who have neglected to report their windfalls.”

In the wake of the Colonial Pipeline ransomware attack, which reportedly netted a Russia-based cybercrime gang millions of dollars’ worth of Bitcoin, crypto markets are in the crosshairs of regulators.

Some Republican members of Congress are now joining Democrats in calling for tighter regulations on cryptocurrencies.

Although cryptos are often touted as a more “private” asset class than other alternatives including precious metals, that’s not necessarily the case.

The fact is that physical gold and silver bullion transactions are difficult to trace. Bullion generates no records on digital ledgers and cannot be “hacked” or seized electronically.

Precious metals purchases made by credit card, Paypal, check, ACH, crypto, or bank wire don’t need to be reported by dealers to the IRS or other government agencies. With rare exceptions, only purchases of goods, including gold and silver, using more than $10,000 in actual paper cash must be reported to the government.

And on the sale side, only quantities and forms of precious metals that can be used to make delivery on a “regulated futures contract” are reported on an IRS Form 1099B, such as five 1,000 oz silver bars or a 100 oz gold bar.

Of course, it is still the customer’s obligation to report any realized taxable gains on bullion transactions on a tax return.

Those who want to be able to legally shelter their gold and silver gains from taxes should consider a Self-Directed Precious Metals IRA.

The IRS allows a variety of common gold, silver, platinum, and palladium products to be held within an IRA.

It’s a great way to protect wealth against the twin threats of inflation and taxation – all while remaining in full compliance with the law.

Regardless of whether you choose to go the IRA route, keeping good records of all your precious metals purchases is especially important now, given the IRS’s mandate to extract more revenue from taxpayers.

In the event that you are subjected to an IRS audit down the road, you want all your capital gains and losses to be “audit proof.”