13 hours 16 minutes ago
COT Silver Report - August 12, 2022
1 day 21 hours ago
Was $18 Silver the Bottom? Next Pivot? - Lawrence Lepard
3 days 1 hour ago
Silver Coin Premiums – Another Collapse?
3 days 23 hours ago
The End Game for Silver Shenanigans...
4 days 23 hours ago
The Fed Is All Talk, and JPMorgan Trial EXPLAINED - Chris Marcus

That $2 trillion bill is simply piled on top of already massive budget deficits.

And it adds furthers to concerns over the country’s currency, the Federal Reserve Note “dollar.”

Federal debt is currently the largest as a percentage of the economy since World War II. Given that no amount of tax hikes will yield enough capital to cover the debt, the nation now finds itself on an unsustainable trajectory towards bankruptcy.

The only viable way for the government to dig itself out of its debt predicament is by leaning on its banker, the Federal Reserve. 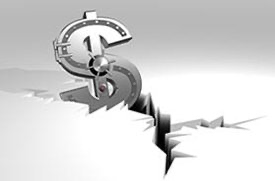 The national debt went seemingly unnoticed, for years. The consequences of massive overspending are becoming increasingly clear, however. Among them are a weaker dollar and decline in national credibility.

As the U.S. dollar loses value, it could also lose its preeminent spot on the international stage.

Other countries, such as China, continue to move away from the dollar as the global reserve currency of choice by reducing their holdings of U.S. Treasuries, holding larger allocations of other currencies, and establishing bi-lateral trade deals denominated in those other currencies.

The addition of China’s currency, the Yuan, to the IMF’s special drawing rights (SDR) basket also puts increasing pressure on the dollar’s status.

As faith in the greenback erodes, more and more nations will diversify away from it.

As more nations abandon the dollar, more dollars will flow back into the U.S. And as the supply of dollars climbs, the value of the dollar is likely to fall substantially – not just against real goods, but against other depreciating currencies.

A weaker dollar may be good for the government (and other borrowers too), because it makes debt payments more manageable.

As the cost of everyday goods and services goes up, disposable incomes go down.

As disposable incomes decline, so does economic activity. The reluctance to spend by Americans could, in turn, force the U.S. economy back into recession, or even a depression.

Debt-driven dollar weakness could become the ultimate economic driver in the decades ahead. Not only does debt lower the value of the dollar, it can also cause U.S. borrowing rates to rise.

Higher borrowing costs can further dent economic output while also causing a higher likelihood of default. As the cost of loans rises and economic activity declines, the risk of recession or worse also rises in a cycle that fuels ever more Fed “stimulus” (currency debasement).

That makes now a critical time to diversify your portfolio with asset classes that can potentially benefit from a weaker dollar.

Gold and silver have long been considered the ultimate hedges against paper currency weakness. This time around will be no different.

After pulling back from its all-time high at $2,100 last August, gold is basing out and could be gearing up for a fresh, significant leg higher that could see it reach $3,000 or higher within a couple years.

And a rally in gold (and silver) could happen fast once investors catch on to the full ramifications of the debt / devaluation cycle into which our nation is now locked.