November 24, 2020 I Dislike Shallow People And Shallow Pullbacks
November 17, 2020 Are You Getting Ready For The Next Crash?
October 19, 2020 Why The Stock Market Is Finally Paying Attention To The Economy
October 15, 2020 We Are Going To 4000SPX No Matter Who Wins The Election
October 07, 2020 This Is What The Market Is Saying About Trump’s Re-Election

Something Bad Is About To Happen

As an example, whereas many may have viewed the unforeseeable Coronavirus as being the black swan that caused the “surprise” market decline we experienced in March of 2020, the decline in March of 2020 was quite foreseeable well before it happened.

Back on February 2nd, I posted a warning that the strength we were seeing in the SPX may be belying the true bearish potential of what could occur in the general equity market into the end of the 1st quarter of 2020: Sentiment Speaks: Emerging Markets Look Sick

Within that article, I summarized my analysis in the following paragraph:

“So, whereas IWM may also be signaling something quite similar, I would say that EEM seems to be a much stronger argument for a larger decline which can be seen later this year. This is another chart that we should be keeping a close eye on, as it certainly is not telling a bullish story at this moment for the 2020 calendar year.”

If you read the detail in that article and the attached chart within the article, I was looking for a rally from the 42 region back up to the 44-45 region in the EEM, to be followed by a drop to an ideal target of the 31 region. And, those that were following my work closely knew that I was shorting the EEM for that potential decline even though the SPX was showing us a seemingly bullish story. (And, yes, the SPX was certainly making me scratch my head at that time).

As we now know, the market declined as I outlined in that article. However, it clearly dropped faster than I had initially expected, and moved almost a point below my ideal target before we bottomed. So much for perfection (smile). However, the members of ElliottWaveTrader.net that followed me in early 2020 are certainly not complaining, especially since I strongly urged taking the long side of the market as we approached the end of the decline in March.

"Avi's calls on the overall market have been nothing short of astounding. Not infrequently, his is the lone contrarian voice out there, as when the SPX fell off the cliff in March of this year to below 2200. Nearly every analyst out there was screaming sell, sell, sell. Avi was screaming buy, buy, buy. SPX then rockets up more than 1300+ points in less than 6 months, a more than 60% move in this time frame. Proof in the pudding, proof in the price. An unbelievable, contrarian, and audacious call, and not his only one, by any means."

Yet, as we also know, almost everyone blames that decline on the “black swan” of Coronavirus. While many of you will find this hard to believe, I am going to suggest that the Coronavirus was simply an excuse for the market to do exactly what it was set up to do. Otherwise, how could I have outlined this set-up almost perfectly before it actually happened? I can assure you that I am not clairvoyant.

Ask yourself if scouring the news after a market move to try to explain a “surprise” move is really an effective or honest way to analyze the market? Does it ever provide any benefit to your investment account after the market declined? No. It simply provides a false sense of control if you think you know the “reason” for the market move. But, I have news for you: control is an illusion, and thinking you have found the reason for a market move after the fact will never help you in maintaining on the correct side of the market before a move happens. As I said, it provides a completely false sense of control, and is a useless exercise.

“The causes of these cyclical changes seem clearly to have their origin in the immutable natural law that governs all things, including the various moods of human behavior. Causes, therefore, tend to become relatively unimportant in the long-term progress of the cycle. This fundamental law cannot be subverted or set aside by statutes or restrictions. Current news and political developments are of only incidental importance, soon forgotten; their presumed influence on market trends is not as weighty as is commonly believed.”

In fact, Mr. Elliott went so far as to say the following, which likely flies in the face of everything you have been taught about the market:

"At best, the news is the tardy recognition of forces that have already been at work for some time and is startling only to those unaware of the trend....kings have been assassinated, there have been wars, rumors of wars, booms, panics, bankruptcies, New Era, New Deal, "trust busting", and all sorts of historic and emotional developments. Yet all bull markets acted in the same way, and likewise all bear markets evinced similar characteristics that controlled and measured the response of the market to any type of news as well as the extent and proportions of the component segments of the trend as a whole. These characteristics can be appraised and used to forecast future action of the market, regardless of the news... Those who regard news as the cause of market trends would probably have better luck gambling at race tracks than in relying on their ability to guess correctly the significance of outstanding news items... To sum up our view, then, the market essentially *is* the news." 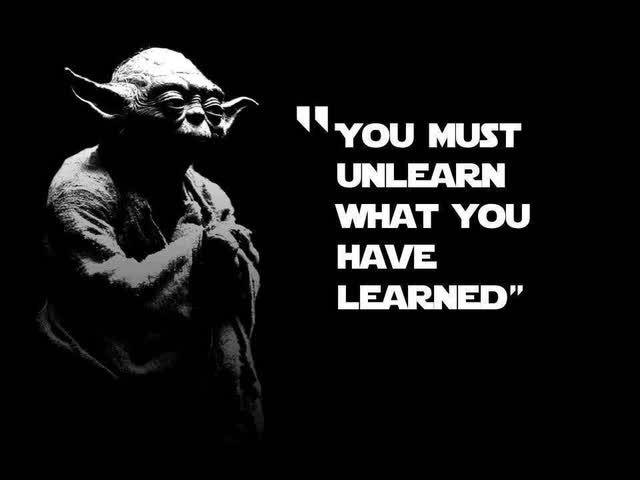 An honest look at stock market history even shows us that viewing the market through the lens of news events is quite futile.

In a 1988 study conducted by Cutler, Poterba, and Summers entitled “What Moves Stock Prices,” they reviewed stock market price action after major economic or other type of news (including major political events) in order to develop a model through which one would be able to predict market moves RETROSPECTIVELY. Yes, you heard me right. They were not even at the stage yet of developing a prospective prediction model.

However, the study concluded that “[m]acroeconomic news bearing on fundamental values explains only about one fifth of the movement in stock market prices.” In fact, they even noted that “many of the largest market movements in recent years have occurred on days when there were no major news events.” They also concluded that “[t]here is surprisingly small effect [from] big news [of] political developments... and international events.”

In August 1998, the Atlanta Journal-Constitution published an article by Tom Walker, who conducted his own study of 42 years’ worth of “surprise” news events and the stock market’s corresponding reactions. His conclusion, which will be surprising to most, was that it was exceptionally difficult to identify a connection between market trading and dramatic surprise news. Based upon Walker's study and conclusions, even if you had the news beforehand, you would still not be able to determine the direction of the market only based upon such news.

So, why am I telling you this?

Well, the market is now providing us a set-up for another decline. While the set-up is not suggestive of the same decline potential which I was expecting back in February and March of this year, there is strong potential for a 10-15% pullback.

While I will let all of you argue regarding what you believe the “reason” for this potential decline may be, I personally do not care. But, I am quite certain that you, the news media, and all the pundits will find the reason for a decline – after the fact.

In the meantime, I am quite sure many of you will take the opportunity to exhibit how smart you are and provide us all with the obvious possible reasons for a potential decline in the comments section below.

But, none of it really matters and the market really does not care. Consider how much it helped most of you in 2016 when so many of you were so sure that the market was going to crash if Trump won the election. Instead, we took the position that the market was going to run from the 1800 region to 2600+ in 2017 “no matter who won the election.” And, we stated this over and over from the end of 2015 and throughout 2016.

I am clearly not smart enough to provide you the reason for the decline which may be seen in the coming weeks, so I will refrain from doing so. Rather, I will simply explain to you that I am certain you will all believe that you found the EXACT reason for the decline after it happens. For now, I will simply provide you with the parameters that can trigger this decline, based upon the sentiment patterns I am seeing.

I am also going to do something I have not done in many years, and provide you those parameters based upon the structure I am seeing in the Nasdaq futures chart. Based upon that chart, I think we can still see a rally in the coming week. As long as that rally is held in check by the 11880-11967NQ region, I am looking for downside follow-through in the overall equity market as we move into November. Should the market be able to move through that resistance, then I would begin to question the extent of the equity market pullback I am currently expecting as we look towards November.

Now, I am not trying to tell you that the market will certainly decline 10-15% in the coming month, since there is no such thing as certainty within a non-linear environment such as the stock market. Rather, I am telling you that the set-up is in place for such a decline to occur. Whether the market actually follows through on that set-up is what we need to be watching for in the coming weeks and adjust our positioning appropriately.

This is quite similar to when you get an emergency alert that the weather conditions are conducive for a tornado to form. While the probabilities for a market decline are likely higher than that of a tornado actually taking shape, my point is that we have the probabilistic conditions in place for a 10-15% decline to take shape in the coming weeks. And, I will be tracking the structure over the coming week to potentially prepare for such an event.

Lastly, I am viewing the next bout of market weakness as a buying opportunity. The market weakness I expect as we head into November will likely set us up for the next rally I expect to the 4000-4250SPX region into the middle of 2021. And, yes, this applies no matter who wins the election – assuming the market holds our outlined major support during the next decline. This will be the final test for the market for the next 2-3 years, as we move towards my very long-term target of the 5000-6000 region to complete the bull market off the 2009 lows. Assuming support holds in the next bout of market weakness, I will continue to maintain my outlined long-term bullish expectations.

If you want greater detail as to what this set-up will look like in the coming week, I provided a 3-page detailed outline and analysis to the members of ElliottWaveTrader.net over the past weekend as to what to look for within this potential set-up based upon the structure I am seeing in the S&P 500, the Nasdaq and the Russell indices.