June 10, 2021 Are You Positioned for the Coming Flight to Quality?
June 03, 2021 Hedge Funds Getting Bullish on Gold
May 27, 2021 Fed Offers No Holiday from Inflation
May 19, 2021 Cryptocurrency Crash Benefits Gold
May 18, 2021 IRS Set to Go on Audit Offensive – Are Precious Metals Investors Vulnerable?

‘Taper’ talk from the Federal Reserve is back in focus. But for now, it’s all talk and no action.

While echoing current Fed policymakers’ position that the recent spike in prices is “transitory,” Dudley acknowledged the likelihood of inflation persisting above 2% longer term.

“I think in the long run, are we going to see inflation... above 2%,” he said. “I think the Fed is going to succeed in doing that."

The latest Consumer Price Index report due out on Thursday could be a doozy. The CPI is likely to come in even hotter than last month’s 4.2% annual increase.

The Fed may be forced by inflation realities to start tapering sooner than it (and Wall Street) would like.

Some Fed watchers are eying the August Jackson Hole gathering of central bankers as a potential time and place for officials to signal strongly on tapering.

A “taper tantrum” redux could roil markets heading to the fall.

Back in May 2013, then Fed chairman Ben Bernanke announced plans to taper the Quantitative Easing program. It was only words at that point, not action. Nevertheless, the stock and bond markets responded by throwing a tantrum marked by a spike in Treasury yields.

Gold prices also sold off, although they had been in a downtrend in the months prior to the Fed’s taper talk. The gold market finally bottomed out in late 2015 at $1,050/oz. 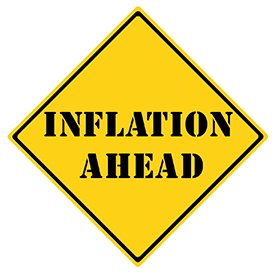 This time around, Fed Chairman Jerome Powell will undoubtedly tread more carefully when it comes to announcing any move toward curtailing bond purchases, i.e. monetizing the federal debt with new money creation.

More importantly for the outlook on precious metals markets, this time around inflation pressures are much more acute.

The pressures on the Fed to help facilitate record-high government borrowing at artificially low rates are also much more pronounced today than they were a few years ago, when budget deficits were much lower.

Gold and silver markets tend to thrive on negative real interest rates. With inflation running over 4% officially and the 10-year Treasury yielding under 1.6%, rates are deeply negative in real terms across the entire yield curve.

Precious metals markets are also on a more bullish technical footing than they were in 2013 – two years removed from major tops in 2011.

Silver, in particular, put in an historically significant low during the depths of last spring’s COVID lockdown panic and now appears to be in the early stages of a major bull market.

‘Taper’ talk from the Federal Reserve is back in focus. But for now, it’s all talk and no action.

While echoing current Fed policymakers’ position that the recent spike in prices is “transitory,” Dudley acknowledged the likelihood of inflation persisting above 2% longer term.

Meanwhile, a de-dollarization process is proceeding on the global stage, led by China, Russia, and other countries eager to ditch the U.S. currency. Some countries are embracing cryptocurrency while others are acquiring hard currency.

The Russian National Wealth Fund announced last week it will dump its U.S. dollar assets and increase its holdings of gold.

Investors who considering tapering their precious metals holdings ahead of potential Fed tightening may wish to reconsider.

Although Fed-driven volatility in metals and other markets is possible, officials are in no position to take significant action on interest rates that would make U.S. fiat dollars a compelling alternative to sound money.