The world’s largest gold exchange traded fund (ETF) seems to be having a lot of trouble when it comes to accounting.

The SPDR Gold Trust (GLD) recently appointed its 6th chief financial officer since 2014. And the problem of finding and keeping executives who are willing to certify the Fund’s accounting does not appear to be the only reason for concern at GLD.

The timing of the most recent CFO departure is particularly troubling. Laura Melman left one day prior to the Fund’s financial year end. 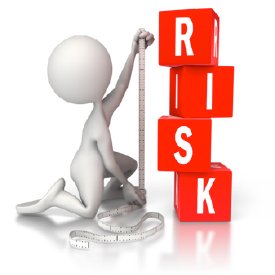 The World Gold Council, which is behind the SPDR Gold Trust, says her “departure did not arise from any disagreement on any matter relating to the operations, policies, or practices of the SPDR® Gold Trust.”

However, Melman didn’t sign off on GLD’s annual 10-K filing before departing, even though, presumably, she had the filing all but completed.

That signature had to be made by Brandon Woods, who was in his first day on the job.

The World Gold Council has not commented as to why there is so much trouble retaining CFOs. This much turnover is often a sign of serious problems.

The long-time auditor of the fund, KPMG, didn’t exactly inspire confidence in the 10-K filing. The accounting firm flagged the filing with a “Critical Audit Matter.”

The auditor included the following explanation:

We identified the evaluation of the evidence pertaining to the existence of the gold holdings as a critical audit matter. Given the nature and volume of the gold holdings, subjective auditor judgment was required to evaluate the extent and nature of evidence obtained to assess the quantity of gold held by the custodian as of September 30, 2020.

Translation – KPMG had to use subjective judgement rather than objective evidence and records when attempting to confirm exactly how much physical gold is actually held by the fund.

The fund’s auditors aren’t the only ones who appear uncertain about the inventory held by GLD. Gold bugs have long questioned whether it can account for all of the physical metal represented as owned by the trust in its filings.

The fund reports adding 348 tons of physical gold between January and July of this year. It appears as if a lot of the gold – 70 tons or more – was sourced from the Bank of England.

Here is the concern…

Skeptics believe the gold sourced from the BoE is not owned. Rather it is leased and will ultimately need to be returned to the central bank. 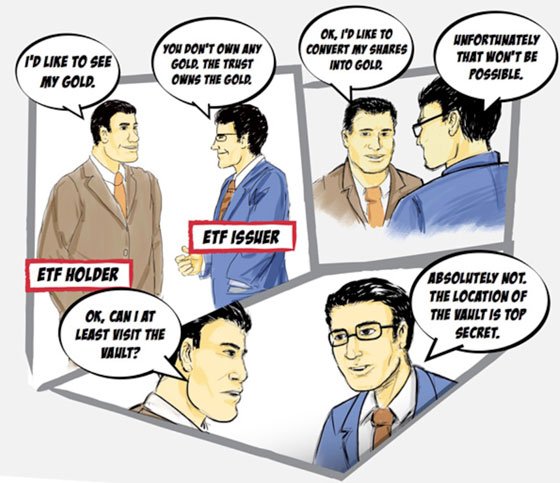 In addition to accounting red flags at GLD, investors should also consider the risk associated with who provides depository services. HSBC Bank is the custodian of the gold. The bank stores GLD’s bars in its London vaults.

That means owning shares of GLD requires placing your trust in HSBC, arguably one of the world’s most crooked banks.

Financial advisors and stockbrokers around the world often recommend buying shares of GLD to clients who are interested in gold. They view the shares as a perfectly good proxy for owning physical bullion.

However, most will not even be aware of, or consider, the counterparty risks outlined above.

Investors are better off buying actual bullion and storing it themselves. They can also hold precious metals through a reputable depository that isn’t connected to the banking system and offers segregated storage.

There’s little good reason to put any trust in GLD’s parade of CFOs or in shady HSBC bankers.