The seemingly strong rally that ended the week merely balanced out three days of bland weakness that had preceded it. In the S&P 500, the upthrust steepened by the hour but ultimately failed to surpass any important prior peaks. The bear seems out to challenge bulls and bears alike with its obviousness. For one, most of the larger trend moves of the past two months have been reversals off price spikes outside regular hours. And for two, middling ABCD patterns in stocks and futures are finishing at their 'D' targets with predictable regularity. That sums up last week's kabuki in the E-Mini S&Ps, when they head-butted the 3777.00 'D' target of a large 'reversed' pattern repeatedly, only to die a hair short of it at the bell. 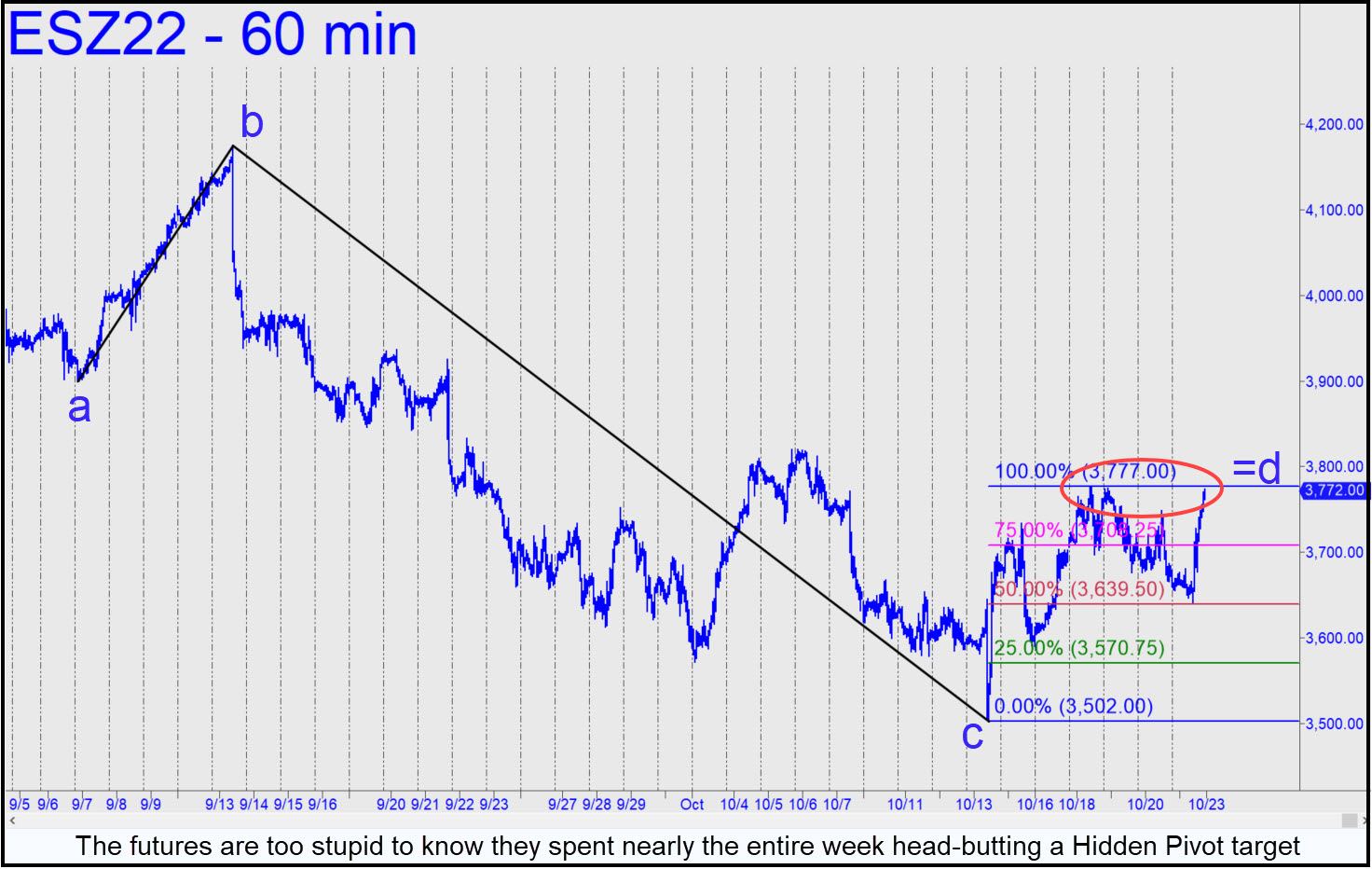 Sellers have been particularly docile for more than a month, allowing DaBoyz to twiddle their thumbs until optimal short-squeeze conditions surfaced. Sometimes news was the catalyst, although there seems to be no such thing as bullish or bearish news -- only news to spike the market whichever way seems most opportune at the time. Friday is DaBoyz' favorite day, when half-hearted selling is easily reversed with rallies that gain momentum as the day wears on. That's because no one wants to go home short over the weekend on a day when bears have looked anemic. And so it goes for a bear market that seems destined to become the granddaddy of them all: weeks-long stretches of price action so tedious and haphazard that predicting a Sunday evening opening, or the reaction to Fed 'news' or to earnings announcements, has become a coin toss even for diligent chartists. All bear markets have a touch of Frankenstein in them, but this one's nasty sense of humor promises to be something to endure.