2 hours 55 minutes ago
The Banks Are Manipulating Silver | Here Is How - Bix Weir
2 days 3 hours ago
Silver Under $20 | Here's What You Need to Know - David Morgan
3 days 16 hours ago
COT Silver Report - July 1, 2022
5 days 3 hours ago
BRICS New Reserve Currency: U.S. Dollar in Danger? - Maneco64
6 days 3 hours ago
All Fiat Currencies Will Go Down to Zero - James Anderson

Following the Fed’s Hike, Which Markets Have Legs 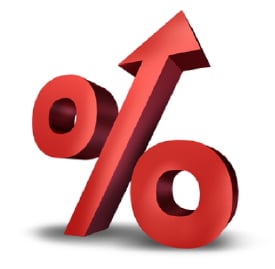 Virtually all asset classes – stocks, bonds, commodities, cryptocurrencies, and precious metals – moved higher by the end of the day. The question for investors is which rallies are sustainable – and which ones aren’t.

In the very near term, it’s possible for an “everything” relief rally to ensue. But it’s unlikely all asset classes will enter into major bull markets here.

Some may quickly resume the bearish trends that have prevailed so far in 2022.

For bonds, it was the worst four-month start to a year on a record. A similar story played out for Nasdaq-listed stocks.

Commodities, meanwhile, zoomed in the opposite direction to post impressive gains. Gold and silver went along for the ride before succumbing to selling pressure late last month.

With the recent news about inflation hitting a multi-decade high, some precious metals bulls are disappointed that gold and silver markets haven’t shown more strength. And the perma-bears who love to deride gold bugs want you to believe metals are destined to perform poorly as the Fed keeps hiking.

The measurable reality of gold’s recent and historical performance is far stronger than the naysayers acknowledge.

Stock market enthusiasts who look at every dip as a buying opportunity might imagine that stocks are always the best asset class for the long run, that gold’s periods of outperformance are always short lived. They would be wrong.

If an entire decade isn’t a long enough period to consider, then how about two decades? Since May 5, 2002, the S&P 500 is up a total of 300%. Those returns have made stocks superior to bonds and cash, which have returned far less, over those 20 years.

Few buy-and-hold stock market investors would believe that they could have improved their returns by owning gold. But the measurable reality is that gold prices have gained 500% over the past two decades, handily besting stock market returns.

That’s despite the fact that gold spent most of 2012-2021 underperforming the stock market. Gold could be entering a new multi-year period of outperforming stocks within a multi-decade secular trend of outperformance.

The case for owning gold and silver now is compelling given the prevailing economic realities.

On the heels of a terrible first quarter GDP report and a series of worsening inflation readings, the U.S. economy in 2022 looks a lot like the stagflationary late 1970s – which gave us the last great precious metals mania.

Unfortunately, stagflation is a terrible backdrop for conventional stock and bond investing.

Billionaire hedge fund manager Paul Tudor Jones told CNBC this week, “You can’t think of a worse environment than where we are right now for financial assets.” He noted that investors must contend with “inflation on the one hand, slowing growth on the other” and concluded, “you don’t want to own bonds and stocks.”

The 1970s bear market in financial assets was brutal. People tend to forget just how much real value was wiped out in the stock market because more was lost due to inflation than to price declines.

The Dow Jones Industrial Average hit a nominal price bottom in 1974. But it didn’t hit a real bottom until 1982 – after losing a devastating 75% from its peak, when measured against the Consumer Price Index (which was later reconfigured to understate inflation).

There were few places to hide during the 1970s besides precious metals.

From 1970 through 1979 – which notably included periods when the Fed was hiking rates aggressively – gold surged 15 times higher. That was more than enough to generate positive returns after inflation!

Silver during the late 1970s performed even better, leading to a spectacular 1980 spike to nearly $50/oz – a level that has yet to be exceeded decisively.

Even if we don’t see another precious metals bull run of similar magnitude this decade, there is still a good chance that gold and silver will hold up better in this challenging environment than both stocks and bonds. And there is still time for investors to position their portfolios accordingly.