14 hours 48 minutes ago
COT Silver Report - August 12, 2022
1 day 23 hours ago
Was $18 Silver the Bottom? Next Pivot? - Lawrence Lepard
3 days 2 hours ago
Silver Coin Premiums – Another Collapse?
4 days 1 hour ago
The End Game for Silver Shenanigans...
5 days 1 hour ago
The Fed Is All Talk, and JPMorgan Trial EXPLAINED - Chris Marcus 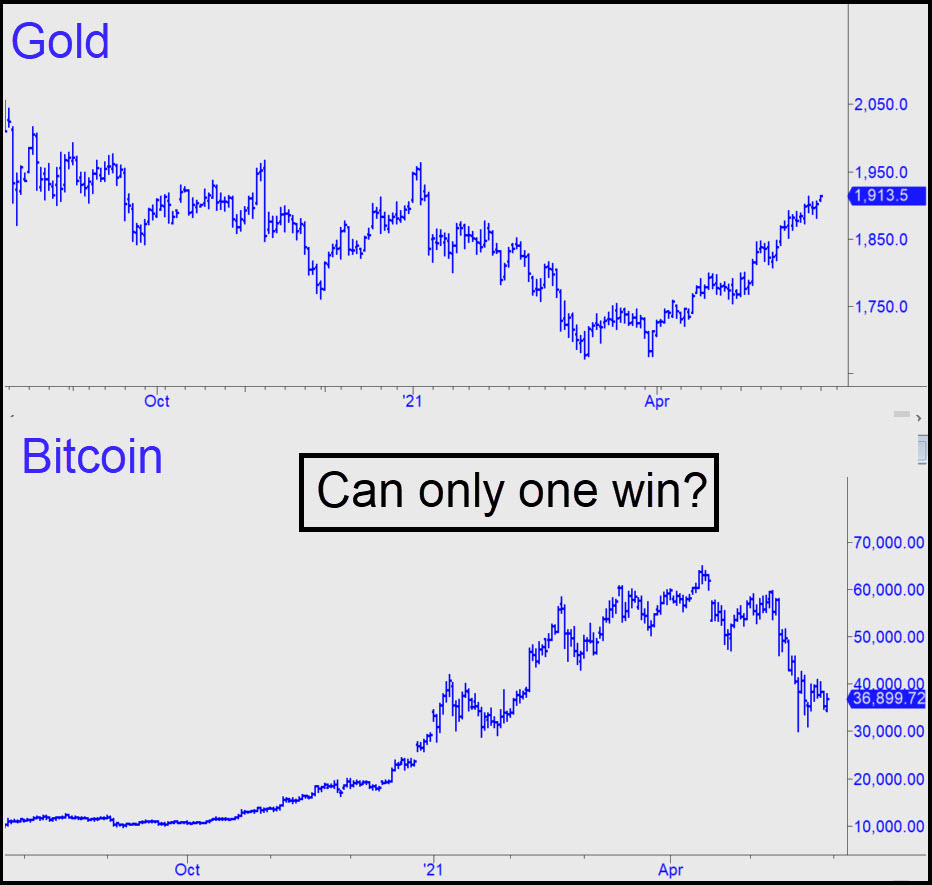 Sucks? Yeah, sure. Maybe in the eyes of crypto fanatics and the quacks who re-invent monetary policy every month. In actuality, few things in the material world suck less than gold. Sorry to resort to headline flim-flammery to get your attention, but it was time to upgrade our enthusiastic endorsement of gold -- and silver! -- to an outright declaration of love. If you’re a bullion investor, this means we are confident you can buy the stuff now without fear or qualm. And if your safe deposit box is already filled to overflowing with ingots and precious-metal coins purchased when gold was $300 an ounce, it’s time to rent more space. You can even tell kin and friends that bullion is about to embark on a long, profitable ascent without having to worry about their getting burned. More likely is that they will thank you profusely a year from now, especially if the money they’ve plowed into metals was drawn from tech stocks and other appallingly overpriced shares being distributed to greater fools these days by Wall Street’s mountebanks.

Bullion's Correction Is Over
Regularly readers of Rick’s Picks will know that we quickened our bullion drumbeat earlier this month after Comex futures exceeded a small but technically significant price peak on the daily chart just above $1800. Nothing as promising as this had happened since December, and it suggested that the painful correction begun from around $2060 last August was close to an end. There were more bullish signs to follow. For one, minor ABCD rallies began to exceed their ‘D’ targets, even as corrections fell shy of them. Under the rules of our proprietary Hidden Pivot System, this was unmistakable evidence that the dominant trend had shifted from bearish to bullish. Perhaps even more noticeable was the absence over the last couple of months of vicious takedowns. Gratuitous swoons of $80 or more had become an increasingly frustrating feature of a stagnating bull market that was taking its sweet old time preparing for an assault on last summer’s record highs.

At least one other factor seemed to have been working against bullion: crypto craziness. Much of the speculative capital that ordinarily would have flowed into gold and silver because of inflation fears was instead flowing into bitcoin. Some highly visible players even asserted that bitcoin was the better hedge against inflation. It was only a matter of time before they smartened up and began to reverse the investment flows. The shift accelerated recently went Elon Musk criticized the ‘mining’ of bitcoin as environmentally wasteful, and China announced a crackdown on bitcoin speculators.

Silver Supply Tightens
And then came this epiphany: A friend of ours from the hedge fund world who has been accumulating silver aggressively since December said it is getting harder to buy. Last week, for instance, he ordered a hundred 1000 oz. bars worth about $2.9 million from Monex.  Usually it takes no more than four business days for the ingots to arrive, but this time Monex told him there would be a three-week wait, even if he reduced the size of his order to as few as 20 bars. Monex also recently discontinued a program that allowed customers to trade against warehoused silver with 25% margins.

If physical silver is in short supply, the evil wizards who manipulate its price would prefer that you not know the extent of it, at least not yet. Late Sunday night, July Silver was up a measly 25 cents, an eerily becalmed dinghy in the path of a gathering tsunami. Gold looked just as sleepy, with a gain of just $5 in thin trading. Don’t be fooled by quiet markets. According to my hedge-fund friend, some of the biggest funds have been accumulating silver, presumably before they allow all hell to break loose in the form of a short squeeze. With evidence mounting that demand from such sources is close to overwhelming supply, it’s hard to recall a moment when owning bullion as an investment was more attractive than now.