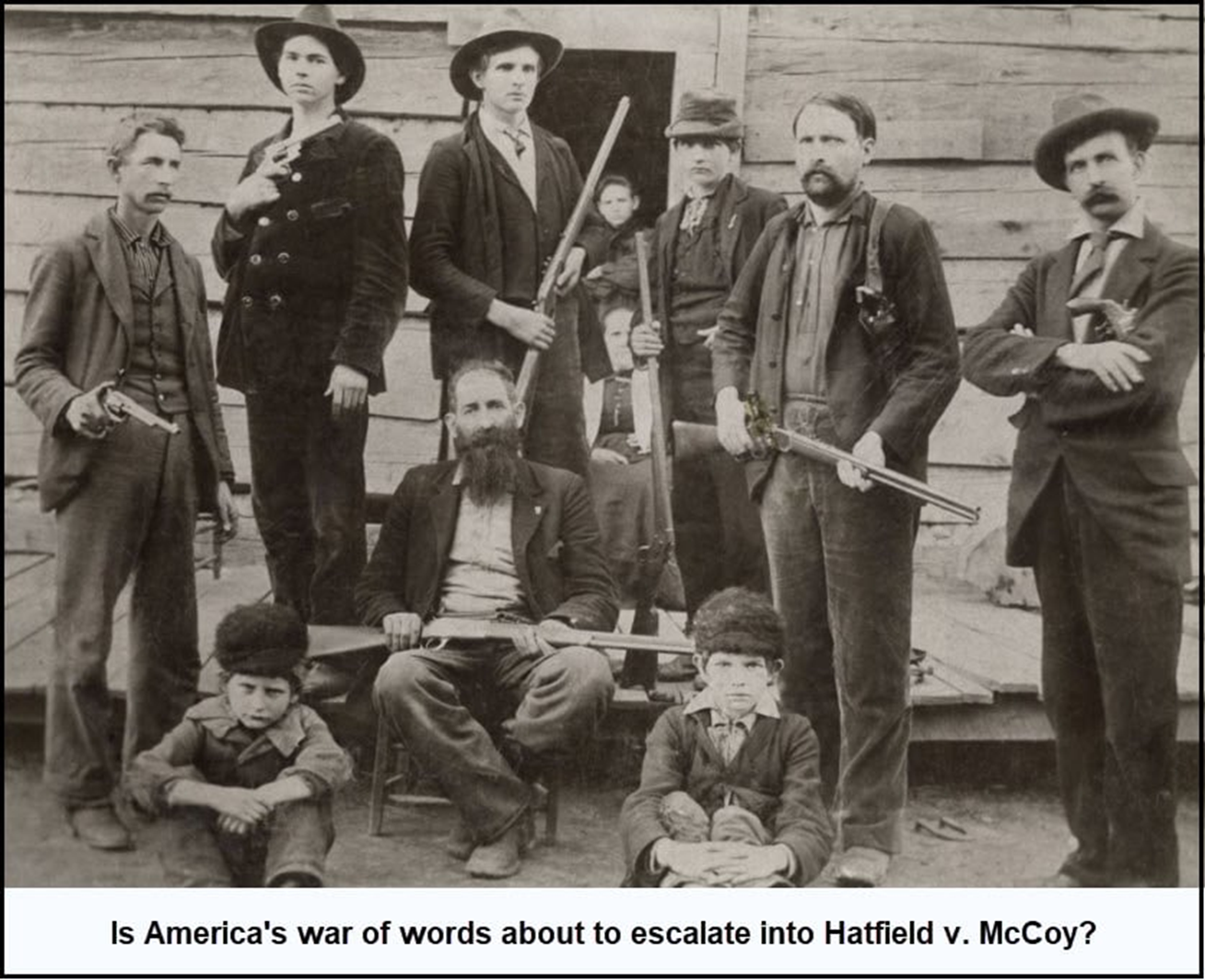 Economics, the "dismal science," has taken quite a beating in the current election cycle. Last week, Joy Reid, MSNBC’s rising-star bimbo, tried to convince viewers that the word "inflation" has no meaning outside the academy and the newsroom. "Most people who would never use that word in their lives are using it now because they’ve been taught it [by the Republicans."] Oh, really? Perhaps she has a more accurate word to describe the cause of soaring prices for nearly everything since Biden ostensibly took charge? A network headline the same day evinced further confusion on the subject: White House Disputes Recession Fears. Although it’s Biden’s prerogative to try to control the narrative, he risks alienating even Democrats with such outrageous spin when the plain truth is staring at us whenever we buy groceries.

Despite this, the recession debate, such as it is, has been going on for quite some time and continues to this day. You could even argue that Biden appears to be winning on points. Eggheads, pundits and other credentialed dissemblers recruited by the mainstream news media to take a bullet for the team have been dependable recession deniers. And even Chase president Jamie Dimon, who should know better, speaks of recession as a "possibility" in 2023. All of them should harken to the observations of Matt Barnes, a Rick’s Picks subscriber who noticed the U.S. economy slipping into recession early in the second quarter. He would know, since he’s in the shipping-pallet business, as good a mine canary as you could have for discerning a drop-off in economic activity.

A Silent Crash in Real Estate

An outwardly plausible cover story for the deniers is that the stock market, after plummeting earlier in the year, has leveled off and seems, as the President is wont to remind us, to be doing fine. Indeed, the Dow Industrials are trading exactly where they were in June, so how much could the economy have deteriorated since then?

In fact, quite a bit, even if the extent of the damage is not yet visible. I am alluding to the silent crash that has been gathering force in residential and commercial real estate. With mortgage rates pushing 7%, transactions have dried up almost completely. Buyers who were jumping into bidding wars a year ago have moved to the sidelines in expectation of lower prices. But sellers continue to sit tight, comforted by the delusion that prices could start firming at any time. It is predictable that the gap between them will continue to widen -- until a few of the latter hit the panic button as the recession deepens. If they live in a neighborhood with $2 million homes, each will be repriced overnight to reflect the worst case, not the best. That is about to happen not just in pricey neighborhoods, but all across the U.S., in every boondocks subdivision where houses sell for $500,000 or more.

Commercial real estate looks even more vulnerable, since workers who deserted office towers at the start of the pandemic are never coming back. San Francisco, with a commercial vacancy rate of 40%, will lead the way down, since the city has myriad other fatal problems, including a huge drop in convention business that by now is irreversible. But the crime centers of New York, Chicago and L.A., with their growing squalor, will not be far behind. Democrats say their opponents only want to talk about crime, the better to exaggerate its impact on urban centers. But how many of these suburban hammock-dwellers would dare descend into Gotham’s subway at any hour of the day? Or buy a quart of milk at the neighborhood bodega after dark? Or go jogging in Central Park unarmed?

The suburbs are facing massive real estate problems of their own, including the impending death of shopping malls anchored by department stores that until now have survived web-based competition. And then there are the movie chains that have outlasted the pandemic. Audiences have dwindled, even on Saturday nights, and it is predictable that every last one of the multiplexes, some with as many as 30 screens, will die. The only reason they remain open is that the owners can’t figure out what to do with them after they are closed.

The End of Wokeness

With the economy crumbling beyond the salve of political obfuscation, Republicans appear poised for significant electoral gains. But don’t expect new leadership to turn things around any time soon, if at all. Just look at the infinitely resourceful Elon Musk, who already seems to be struggling to pull Twitter from the muck of corruption and censorship. Extricating the U.S. from the deepest socioeconomic morass since the 1930s will pose vastly larger problems, and even with the profound political realignment that seems likely, it will take many years or even decades to accomplish this. Although it might feel like morning in America a week from now when the boot of wokeness begins to lift from our necks, the celebration on Wall Street is likely to be short-lived as economic reality reasserts itself.

We should also consider the possibility the Democrats will take the U.S. Senate, presumably hastening the collapse of the stock market and the economy. In an interview Friday with USAWatchdog’s Greg Hunter, cycles forecaster Martin Armstrong raised the possibility that neither side will accept the outcome, whatever it is. This could result in the suspension of the 2024 election, he says, since no one on either side of the political divide would trust the electoral process any longer.

Armstrong asserts that the GOP would easily take the House and Senate in a fair election, but that there is already evidence of cheating sufficient to throw the upper chamber to the Democrats. As noted above, he sees big trouble no matter what. But here is where I disagree: If the GOP takes both houses, the Democrats are sure to raise a ruckus. However, they will be in no position to do anything about it because they will have been politically castrated, and because any charges they could gin up would not be even remotely provable.

My concern is that a Fetterman victory alone, because it could not imaginably have been achieved honestly, could pitch the country into a bloody civil war. Gunfire would break out locally, and torch mobs would take to the streets in the American heartland if Fetterman’s win has enabled the Democrats to take control of the Senate. This is a grim prospect for many, and perhaps most, Americans, but it merely acknowledges that the war of words cannot escalate much further without tipping into widespread physical violence.