Nervous Fed to Give Precious Metals Markets a Boost

Central bankers are likely getting nervous, however. Treasury yields are surging, and it is only a matter of time before stimulus addicted markets throw another tantrum.

In fact, the S&P 500 index fell after Wednesday’s announcement and each of the following two days.

Rising yields are also creating headwinds for precious metals, at least in the futures markets. Prices are having trouble getting anything going to the upside in recent weeks.

But, they aren’t falling either. That’s saying something.

The US dollar index has been getting stronger in addition to rising rates. Those two things usually represent a double whammy for gold and silver prices. Perhaps the Wall Street creatures running the machine trading no longer find that any reason is a good reason to sell metal.

Now certainly seems like a good time for naked short sellers to think twice before shorting more metal. For starters, there are many longs standing for delivery of the metal. A short squeeze isn’t off the table – especially in silver.

Rising yields are telegraphing higher inflation. So are rising commodity prices. And Congress has now jumped on the stimulus bandwagon with the Fed. It’s not a good time to be shorting the “go to” inflation hedges, such as gold and silver.

The US dollar may be stronger relative to other paper currencies, but its purchasing power is in sharp decline. This reality appears to be dawning on Wall Street. 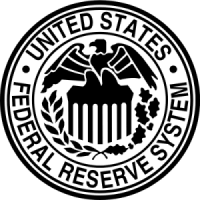 The Fed has been obsessed with stock prices and so far stocks have held up well in the face of rising interest rates. Equities have been a primary beneficiary of the Fed’s inflationary policy, thus far.

Last week, Jerome Powell disappointed stimulus-addicted markets because he didn’t roll out an initiative to control the spike in bond yields. That will apparently have to wait until the equity markets start puking.

When Yield Curve Control, or whatever Powell decides to call it, is launched, a major headwind for metals prices will turn into a tailwind.

Everyone must know, by now, it is only a matter of time before the Fed implements the next program to control rates. Perhaps that is why there has not yet been more carnage in the equity markets.

It has not paid to bet against stock prices. The Fed has severely punished stock market bears.

Metals investors are still waiting for the next leg higher in prices, but things could be a whole lot worse. Overwhelming demand is putting pressure on the bullion banks.

They would undoubtedly like to see lower prices slowing the influx of investment demand.

Rising interest rates and a stronger dollar are providing good cover for a raid on prices, but the metals have been resilient. In the months ahead, the Fed will again attempt to control interest rates and investors will become fully aware of price inflation.

By then, it may be too late to unwind a big short position in metals, at least not without a lot of pain.