4 hours 36 minutes ago
The Banks Are Manipulating Silver | Here Is How - Bix Weir
2 days 4 hours ago
Silver Under $20 | Here's What You Need to Know - David Morgan
3 days 18 hours ago
COT Silver Report - July 1, 2022
5 days 5 hours ago
BRICS New Reserve Currency: U.S. Dollar in Danger? - Maneco64
6 days 5 hours ago
All Fiat Currencies Will Go Down to Zero - James Anderson

Ready to Get Sucked In? 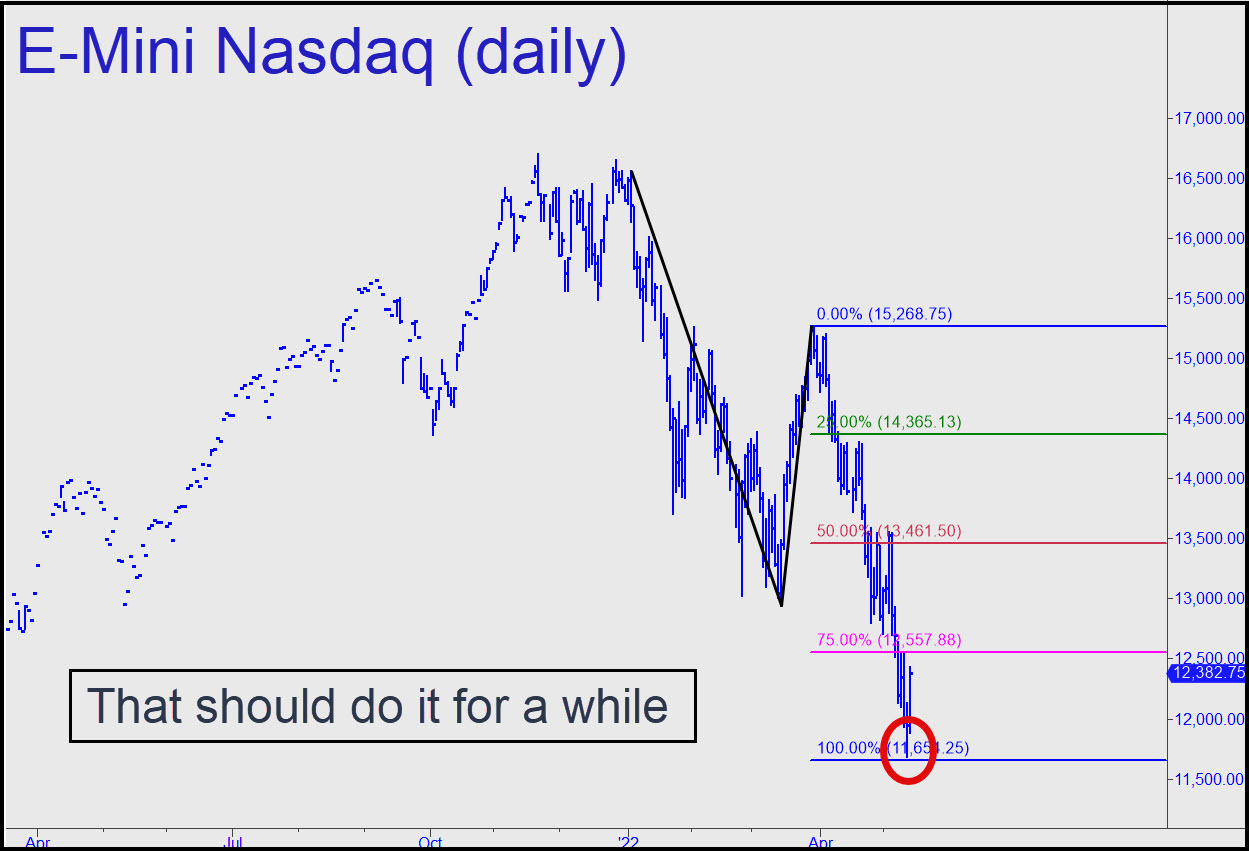 We've had four months to observe and analyze the bear market that began a single tick off January 4's record high. What might be said about it so far?  Mainly that it has been far kinder and gentler than we should expect. Realize that the biggest financial bubble in U.S. history has popped. Although this is becoming increasingly obvious, you can be certain investors are waiting to jump back in at the subtlest sign of a bottom. Their brokers and financial advisors will be the first to spot this bottom, along with a dozen more as the broad averages work their way down to depths that few might imagine.

In the meantime, the little guys reportedly have been shifting their capital into money market funds, but not at a pace that has spiked redemptions at Vanguard, Black Rock, State Street and a few other biggies that for 13 years made the bull market seem unstoppable. At some point the Leviathans will necessarily turn seller as their customers dive out of shares. It is impossible to say when this climactic phase of the bear market will begin or how long it will take to run its course. Much sooner than we might expect, and with blitzkrieg speed, are two possibilities for which we must be prepared. What is certain in any event is that when Vanguard, Berkshire, Fidelity, Black Rock et al. are forced to dump their crown jewel AAPL, the little guy will not be stepping in to support it at $100, or $80, or $60, or even $20. In the extremely unlikely event they are in a buying mood as the Mother of All Dips seeks a bottom, their ammo will be gone, deflated into hyperspace by an epic asset deflation.

More immediately, however, we should view last week's sharp reversal as the beginning of a powerful short-squeeze rally equal to or greater than April's barnburner. This is implied by technical action in a few bellwethers. On Thursday, several were sitting precisely on Hidden Pivot targets disseminated to subscribers a while back. On Friday, most of them demolished their respective 'hidden' supports, implying another killer wave will follow when the squeeze sputters out like a Lomcevak. In the case of the tech-heavy NASDAQ, which has been pounded particularly heavily and was down 30% at the recent low, the turn came precisely from the 11,654 target shown in the chart. Although a relapse is possible, the pattern looks too compelling to suggest a retest would be anything more than a foot-fake. If this bear rally is going to prove worthy of the name, it should leave even your editor wondering at its apex whether new all-time highs might be possible as the U.S. sinks deeper into recession.