Bloomberg reports, "By law, the bulk of the windfall will go to the National Wellbeing Fund, most of which is held in gold and foreign currency by the central bank as part of its reserves."

The Russian National Wealth Fund has seen its assets grow substantially over the prior couple of years. With the rising oil price, total assets should exceed $200 Billion by now. 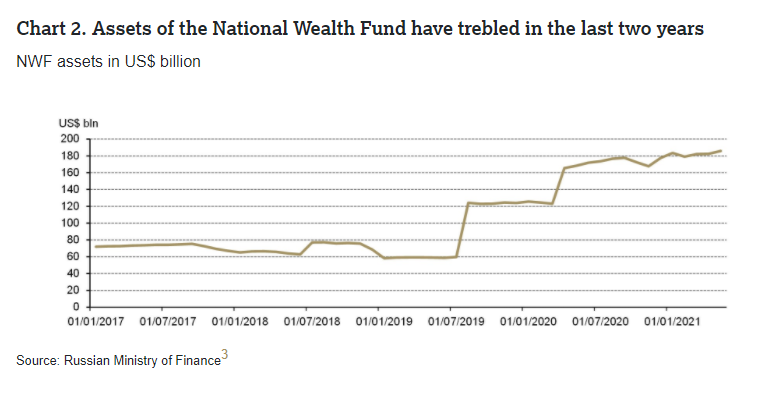 The largest change to occur to the fund was the re-organization of its assets last June of 2021 when it was announced that the Russian National Wealth Fund would de-dollarize with a focus on the Euro, Yuan and Gold.

"The Russian Minister of Finance, Anton Siluanov, recently announced that 20% of the assets of the National Wealth Fund (NWF), the Russian public pension fund, will be invested in gold. Within the next couple of weeks Russia will change the structure of the NWF’s investment portfolio, entirely removing the US dollar, halving the share of the British pound and shifting to the euro, the Chinese yuan and gold." 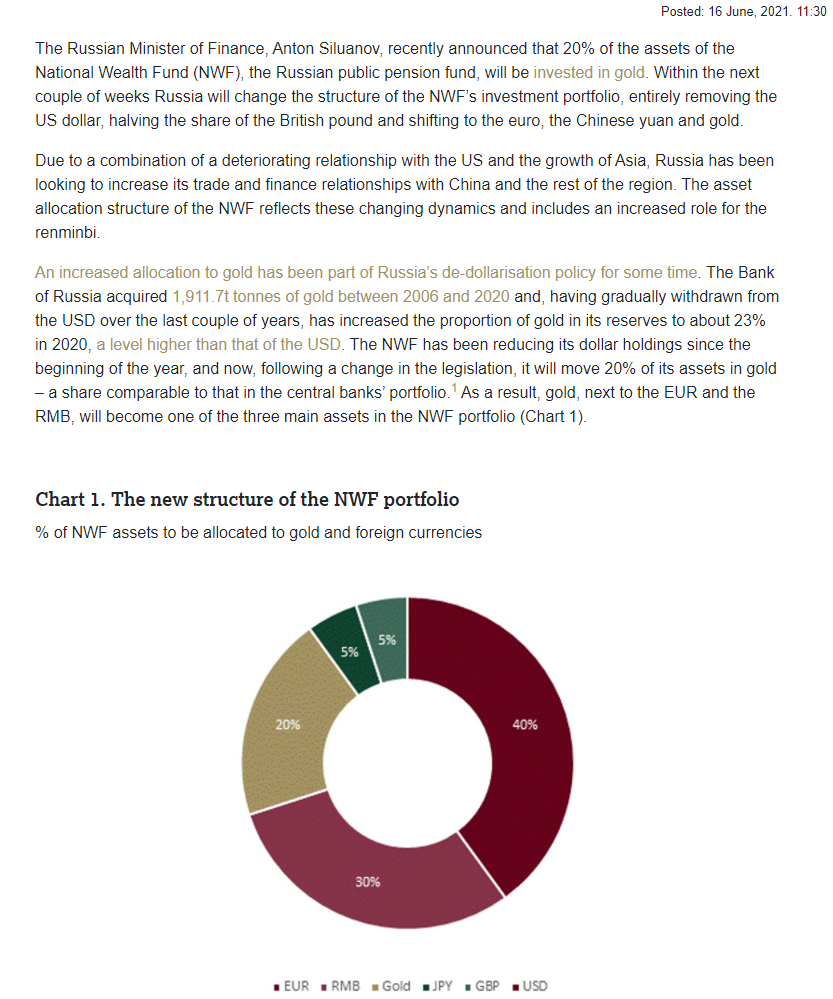 Founder and President of GoldSeek.com