17 hours 6 minutes ago
The Short Position in SLV
23 hours 13 minutes ago
Here Is Why Silver Demand Will Climb to a New Record High! - Keith Neumeyer
4 days ago
This Is Why NOW Is the Perfect Time to Buy Silver - Garrett Goggin
4 days ago
Rico Charges Dropped On Silver Manipulation Trial
4 days 21 hours ago
Has Inflation Been Defeated? 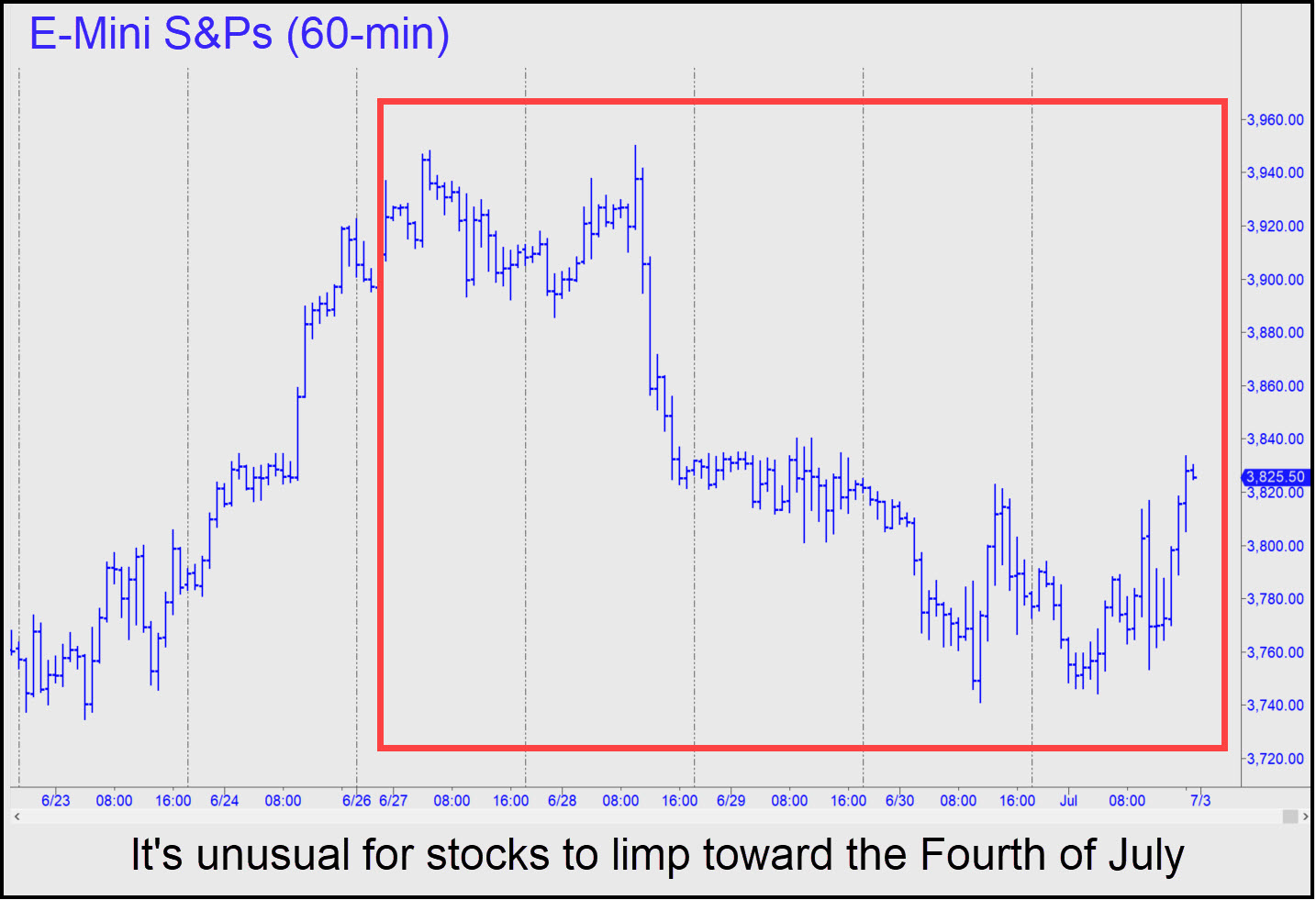 Bullish seasonality was at gale force last week, but just look at the tired chart! Is this the best that Wall Street's quasi-criminal masterminds can do? Have the evil wizards grown so despairing that they can't even trigger off a 100-point short squeeze when Jerome Powell is bloviating? That was manifestly the case, and torpor could not have struck them at a worse time. With dark-purple clouds massing on the economic horizon, the securities world's talented manipulators are in a bind, seemingly unable to rally stocks into order to dump them at brutally inflated prices into the hands of rubes, pensioners and widows. The window of opportunity for institutional conspirators is narrowing as economic signs point toward very hard times. Even so, triggering off a rip-roaring bear rally should have been a piece of cake, considering all the help DaBoyz have gotten. The news media, for one, is still playing along with the in-joke about whether a recession is coming. In plain fact one has already begun, accompanied by anecdotes sufficiently troubling to shame the Street's paid army of deniers, glad-handers and shills. Additional cover has been provided by stockbrokers and financial advisors. Observing a time-honored tradition, they've been telling clients to sit tight, since stocks are 'certain' to turn around. The clients, as history tells us, will do exactly that, sitting on stocks until they finally sell everything with the Dow crashing below 10,000.

Here are a couple of anecdotes that concern manufacturing bellwethers with global reach, Tesla and Boeing. Concerning the former, a friend who owns Tesla's high-end 'Plaid' model, a luxurious rocket-sled that can smoke a Lamborghini Veneno, was having trouble with a seat belt that wouldn't retract properly. His dealer said the electronic part needed to fix the problem was not available and simply gave him a brand new car. Less fortunate are the many motorists seeking collision repairs. We've all heard -- or experienced -- wait times stretching out to six months or even indefinitely. Still worse is that there seems to be no relief in sight, so tangled is the distribution network for parts. Similar problems are cropping up in virtually all industries.

Boeing's problems, given the size of the company, are arguably an order of magnitude worse. A friend whose firm sells electronics to the aircraft manufacturer says $400 million airplanes are sitting unfinished for want of parts -- sometimes small, relatively inexpensive ones -- that are out of stock. The problem is exacerbated by tie-ups at the Port of Los Angeles, where union rules forbid unaffiliated truckers from picking up containers. Electronics components are stuck in Malaysia and Taiwan, the friend said, and some of his backorders stretch out to three years. He notes that morale problems have begun to impact on Boeing's procurement department. High turnover coupled with the difficulty of finding replacement employees is taking an increasing toll on Boeing's vast operations. These problems are well known, the friend, said, but are being underreported, considering their potential to radiate out to many other sectors of the U.S. economy.

Investors have not been oblivious, but neither have they repriced shares to fully discount further economic disruptions, if not to say chaos, that looks like it could persist indefinitely. That's why investors should take the advice of financial advisors with a grain of salt. The second phase of the bear market begun in January looms and could lurch into gear at any time. The unusually feeble rallies since April eventually will be seen as opportunities for investors who have merely been damaged so far to exit stocks before the coup de grace.