Time for Consolidation and Lower Volatility

Gold endured a 20% correction over eight months. A 15% rebound followed that in two months. It has retraced some, but not a majority of the losses.

This action is all part of the handle of a super bullish cup and handle pattern.

The handle itself is part of a much larger bullish consolidation, but the market is approaching resistance within the handle.

Below we plot GDXJ, GDX, Gold, and Silver. 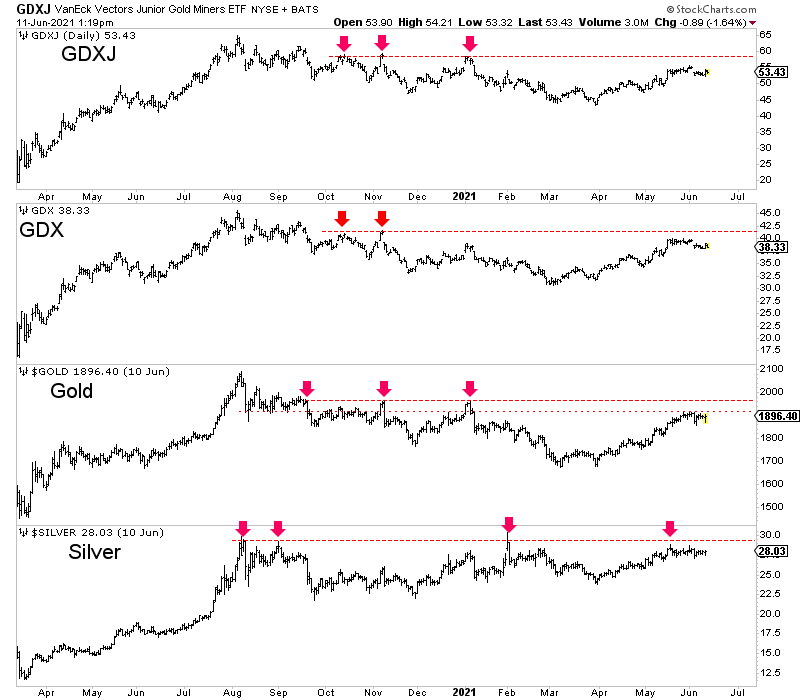 During a bull market, sustained corrections in Gold typically end in bullish consolidations. In other words, there is the initial decline, a rebound, and then consolidation.

Gold has not tracked any individual correction closely but has mirrored both averages, which now argue for a bullish consolidation into year-end. 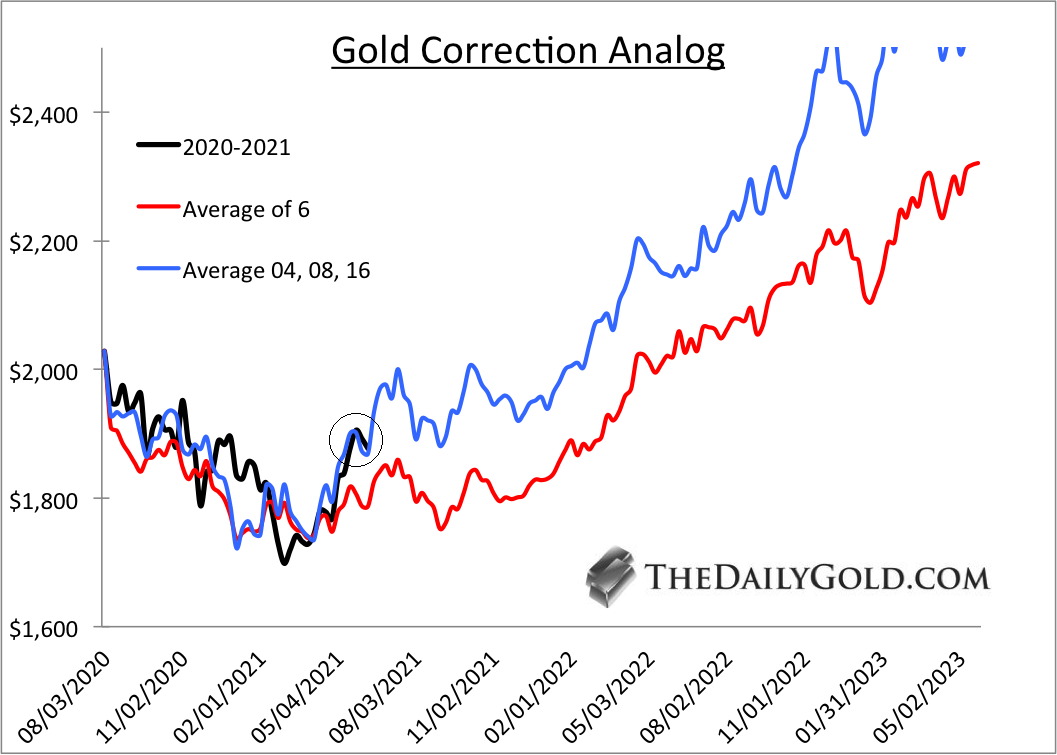 Consolidation and time can lead to declining and lower volatility, which is a necessary condition that facilitates big, impulsive moves.

We plot Gold below and several different indicators, including the Gold Vix (GVX) and Average True Range (ATR). The vertical lines show points from which Gold made big moves.

These indicators are declining, and I expect they will bottom out around the end of this year to early 2022. 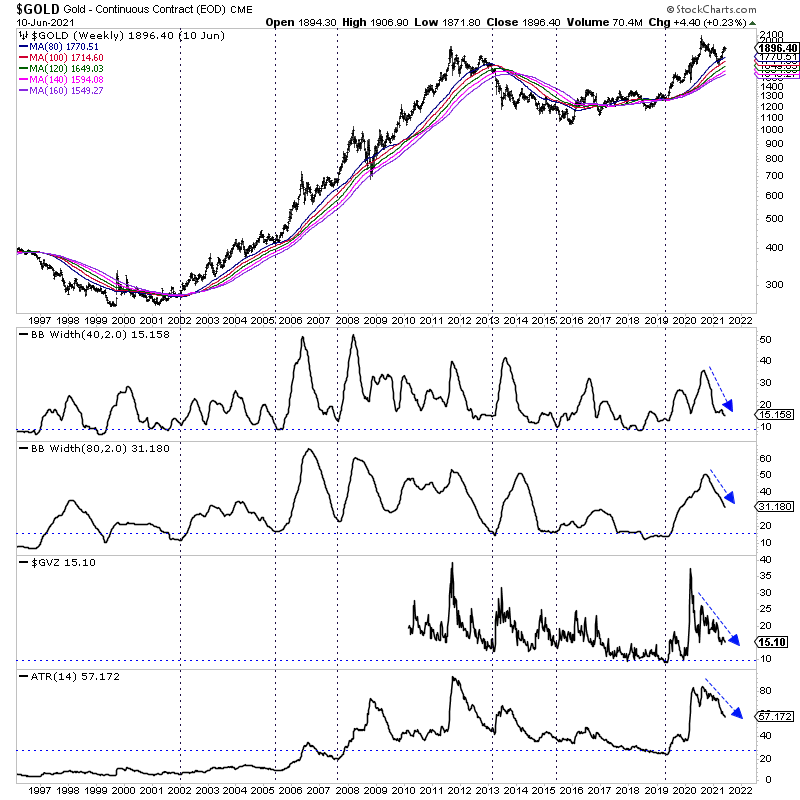 The second half of the year could be the setup for the next leg higher in precious metals, which I anticipate could be one for the history books. There is time to prepare your portfolio, but some quality juniors have already started to move.

I've positioned myself in companies with the best combination of upside potential and fundamental quality. These are companies you can buy and hold for a few years that have the potential to be 5,7, and 10 baggers after Gold breaks past $2,100/oz.

In our premium service, we continue to identify and accumulate those quality juniors with considerable upside potential over the next 24 months. To learn the stocks we own and intend to buy with at least 3x to 5x potential and more, consider learning more about our premium service.