2 hours 51 minutes ago
The Banks Are Manipulating Silver | Here Is How - Bix Weir
2 days 3 hours ago
Silver Under $20 | Here's What You Need to Know - David Morgan
3 days 16 hours ago
COT Silver Report - July 1, 2022
5 days 3 hours ago
BRICS New Reserve Currency: U.S. Dollar in Danger? - Maneco64
6 days 3 hours ago
All Fiat Currencies Will Go Down to Zero - James Anderson 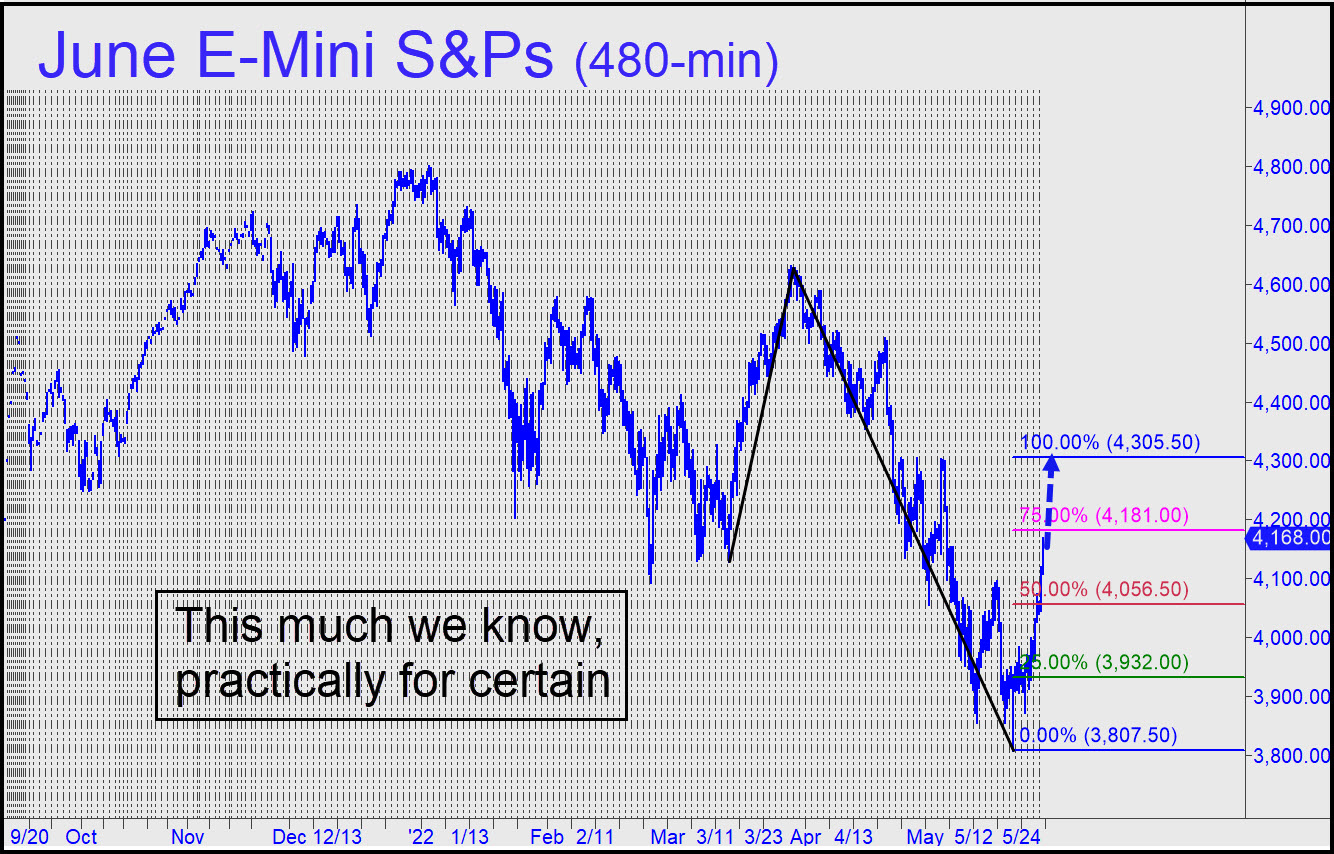 As the bear market runs its course in the months or perhaps years ahead, it will be punctuated by sharp and sometimes spectacular rallies to convince investors the worst is over. That is how Mr. Market will trap most of them into sticking with stocks until the bitter end. For only when the last of them has thrown in the towel and mass capitulation takes stocks down to levels practically unthinkable now, can a floor be created for the next bull market. The first such bear rally started in mid-March and lasted for two weeks. It was not particularly impressive because it didn’t have to be: a mere 15-percenter would have pushed the S&Ps to new record highs. The rally failed well shy of that benchmark before a steep relapse set in. Stocks appear to have bottomed last week, but not before piercing a Hidden Pivot support that should have held if the current rally is going to achieve new highs.

Last week’s commentary was skeptical that the rally would retrace fully half of the downtrend since the bear market began on January 4. That would equate to a top near 4300 in the S&Ps. Using the recent low at 3807, there is now a technical basis for a more confident and precise forecast. Specifically, the move appears bound for a minimum 4305.50, basis the June E-Mini S&P contract. The futures look all but certain to reach the target, given the way they impaled the ‘midpoint Hidden Pivot’ at 4056 toward the end of last week. Less certain is that the rally will end there. Indeed, if it blows past 4305, that would suggest Mr. Market has nastier plans for bears who may have overly enjoyed the steep ride south in April/May.

Not Quite Impossible
Will the rally achieve new highs? I strongly doubt it, although my skepticism is based on the flimsiest of reasons – i.e., that a global recession/depression has begun that would make new highs in the stock market extremely unlikely. But not quite impossible. And if new highs are what Mr. Market requires to set a hook that traps everyone, bulls and bears alike, into going down with the ship, then that is what will happen. A run-up exceeding the January high would turn mere permabulls into raging bulls, and permabears into short-covering madmen. It would require only a marginal new high to cause this ultimately ruinous sea change in psychology. Crazier things have happened in the wacky world of Wall Street.