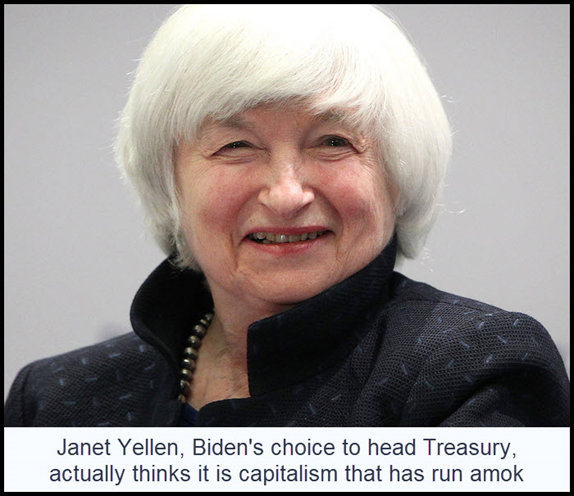 Although no one can predict when the dam will break, plunging the economy into hard times to rival the 1930s, we can be quite certain that a day of reckoning is drawing near. Speculative mania across a wide swath of assets is at a millennial peak, stoked by out-of-control fiscal and monetary stimulus. To further destabilize the system and push insanity to untold heights, the Fed has led speculators to believe it will continue to do whatever it takes to sustain the illusion of economic growth.

Reflections from two economists who have remained aloof from the popular wisdom explain why this cannot last. They do so not with jeremiads warning of doomsday, but with clear, hard logic. Here's Hoisington's Lacy Hunt, PhD: "Each additional dollar of debt in 1980 generated a rise in GDP of 60 cents, up from 54 cents in 1940. The 1980’s was the last decade for the productivity of debt to rise. Since then this ratio has dropped sharply, from 42 cents in 1989 to 27 cents in 2019." In case you missed his point, let me state it another way: It is taking roughly $3.70 of borrowing to create a dollar's worth of economic growth at the margin, and the ratio is continuing to worsen. How long can that go on?

A Bubble Beyond Imagining

I wrote on this subject myself -- for Barron's, two decades ago, in a think-piece about money velocity. At the time, debt was nearly three times as productive as it is today. Even so, in comparison with post-War numbers, it looked like a disaster in the making. I thought it was curtains for the economy, but in retrospect my overblown fears reflected a failure of the imagination. All we got was the relatively piddling Dot-Com Crash. It was a picnic in comparison to The Great Financial crash of 2007-08 that nearly took down the global banking system. Dare we pretend that the inevitable next crash will be milder?

The second economist worth heeding is Doug Noland, publisher of the Credit Bubble Bulletin. I quote him at length because every word is helpful to understanding exactly what has been going on: "Bear markets, recessions and even crises are fundamental to capitalistic systems. While painful, wringing excess out of both Financial and Economic Spheres is essential to long-term soundness and vitality. And the sooner the better. Wait too long and policymakers won’t risk reining in Bubble excess. Yet such analysis sounds hopelessly archaic these days, as excess, distortion and structural impairment compound in perpetuity.
"Central banks have made the conscious – and fateful - decision to abrogate Capitalism’s adjustment and cleansing processes. A solid case can be made we’re at the most dangerous phase of the Bubble period: financial and economic fragilities (associated with decades worth of excess) ensure central bankers push extreme stimulus measures while turning a blind eye to outrageous excess."

The longer we wait, in Noland's view, the worse the correction will be. Although the mania is almost certainly in its terminal phase, there is no reason to think Janet Yellen, Biden's choice for Treasury secretary, will end the party any time soon. Almost no one has a bad word to say about her, presumably because investors, money managers and the news media are so certain she's incapable of tightening credit. Noland perfectly captures the irony of this in a Yellen quote: "There really is a new kind of recognition that you’ve got a society where capitalism is beginning to run amok and needs to be readjusted in order to make sure that what we’re doing is sustainable and the benefits of growth are widely shared in ways they haven’t been."

Well intentioned but economically daft, she sincerely believes that it is capitalism that has run amok and not a central bank hell-bent on avoiding debt deflation. For their part, investors act as though Yellen will prevent the proverbial groundhog from seeing its shadow, and that crocuses and daffodils are about to bloom at winter solstice. What's wrong with this picture?