Commentaries
Dr. Copper's Inflation Diagnosis Shows the Patient Is Already Sick
Commentaries
What the Fed DOESN’T Want You to Know About Inflation
Commentaries
The CFTC’s Response
Market Updates
Precious Metals Update Video: Gold trend and bias is up, resistance is solid
Commentaries
Demand for Gold is Expected to Grow Exponentially in 2021

Demand for Gold Surges in China

News reports flooded the precious metals news websites that China has drastically increased its quota on how much gold that nation’s banks can import.

“China has given domestic and international banks permission to import large amounts of gold into the country, five sources familiar with the matter said, potentially helping to support global gold prices after months of declines.

China is the world’s biggest gold consumer, gobbling up hundreds of tonnes of the precious metal worth tens of billions of dollars each year, but its imports plunged as the coronavirus spread and local demand dried up …

…About 150 tonnes of gold worth $8.5 billion at current prices is likely to be shipped following the green light from Beijing, four sources said. Two said the gold would be shipped in April and two said it would arrive over April and May,” (Reuters.com, 04/16).

China’s official import data shows that China imports of gold started declining in 2019 then dropped significantly during the COVID-19 pandemic 2020 and the first quarter of 2021. 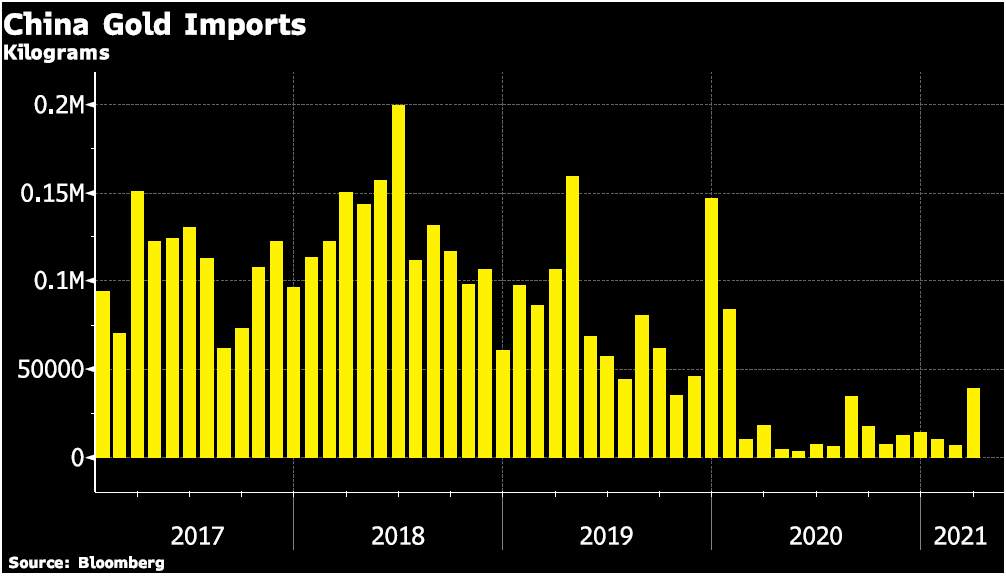 China’s economy is now recovering and expected to post its fastest growth in 2021 than in more than a decade. Reports show that gold jewellery sales in China during the Lunar New Year holiday was stronger this year than in either 2019 or 2020. This has led to a climbing premium as retailers scrambled to restock gold.

Not only do consumers in China purchase gold but the Chinese Central bank has also large gold holdings. With official gold reserves reported to the IMF of more than 62 million ounces as of the end of March. With the exception of June 2015 to October 2016 when China was actively working to get its currency accepted as one of the official currencies in the IMF’s SDR (Special Drawing Rights) basket which occurred in September 2016. China has only very sporadically reported its official gold reserves with large gaps in between.

The last official increase was reported in September 2019, at that time China’s official gold reserves totaled 62M ounces or approximately US$110 billion at current price levels. (Note, the US Fed has the largest official gold holdings at 261M ounces.) In addition to these officially reported holdings, it is speculated that the Chinese government holds additional gold in other sovereign funds. 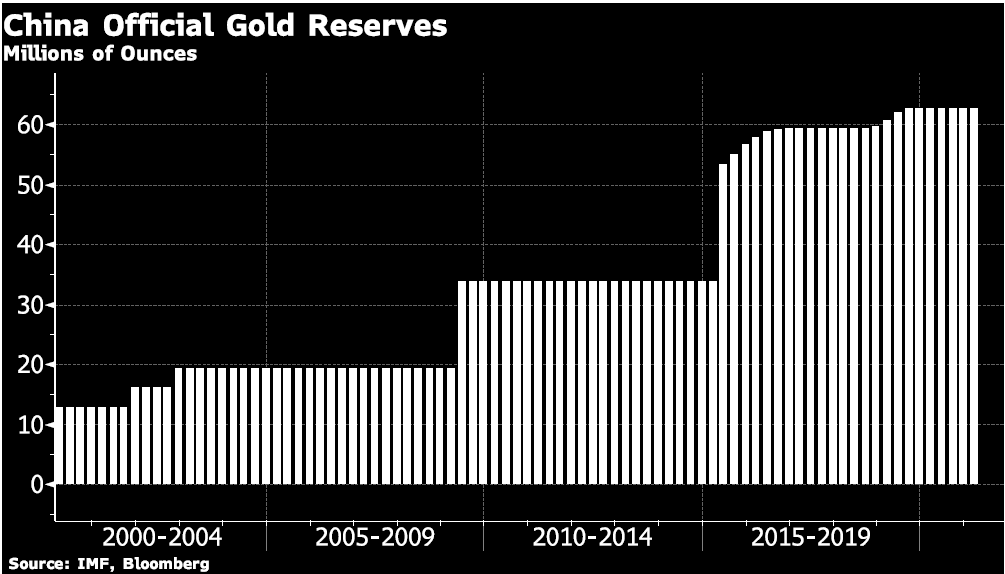 China’s Holdings of US Treasuries Falls

Central banks hold gold for many of the same reasons as individuals. One of the most publicized reasons that both China and Russia have touted as a reason to increase their official gold reserves is to diversify from US dollars, euros, and other fiat currencies.

China’s holdings of US Treasury Securities surged after its acceptance into the World Trade Organization (WTO) in December 2001. An event that proved to be a massive turn in world production to China with increased exports to the rest of the world, namely the US. The US dollars received back to China for purchases of Chinese goods were then invested in US Treasuries. 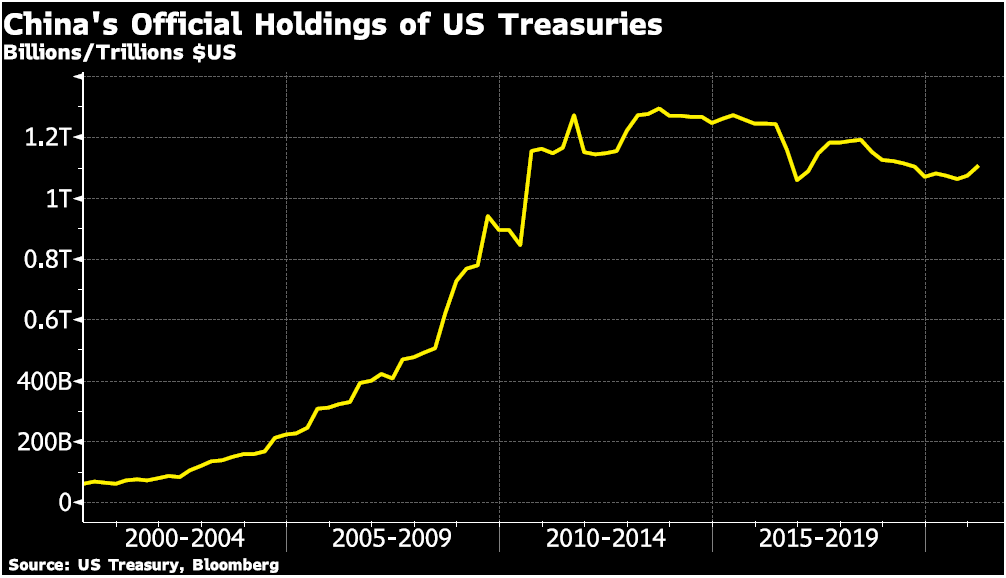 The slowdown in China’s economic growth and liquidity problems over the last few years has slowed this process. But now that the economy is recovering at a rapid rate, China is likely to resume the diversification of US dollar denominated holdings. The official gold purchases are also likely to resume. The combination of increased consumer demand in China and increased official reserve demand will help support the gold price further for the next few years.