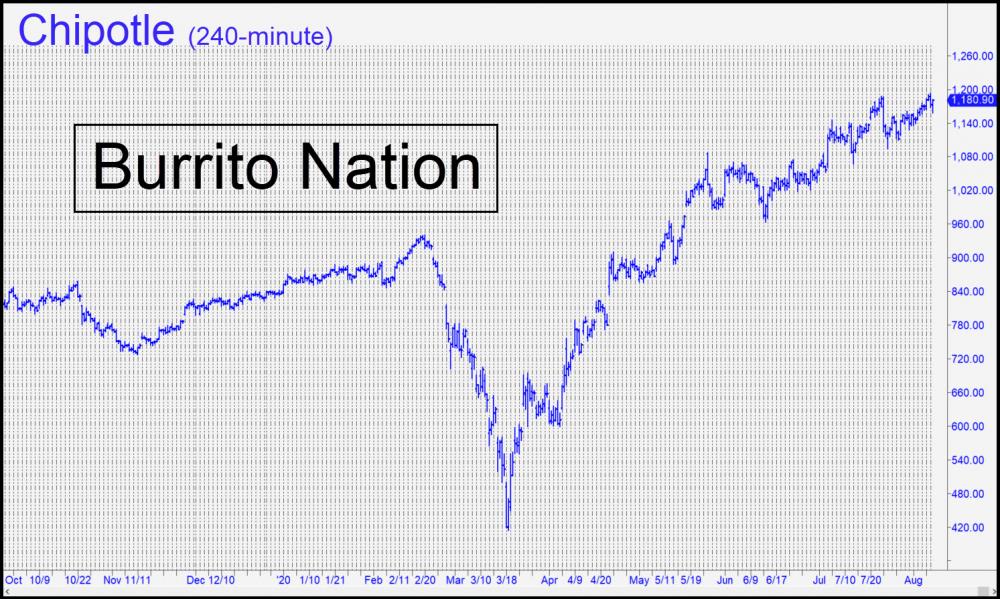 I was prepared  to lead this week's commentary with an emphatically bullish prediction for the dollar, which seems to have few friends these days. Alas, even though a major tone change is coming, it will be at least a few more weeks if not longer before this occurs, since the stock market looks as revved up as ever. Shares in a dozen or so mega-cap multinationals have been investors' main alternative to the dollar, and the trends that have dominated each in recent months are equally senseless and overdone. The Dollar Index no more deserves to be trading in the dismal low-90s than Apple's shares deserve to be valued at nearly $2 trillion. The inevitable reversal of these trends threatens to lay bare the Fed's crackpot scheme to revive global prosperity with little more than a few monetary keystrokes, some deliberately bland press releases and some nutty policy speeches that could never have passed muster just five years ago, let alone during times when the collective wisdom of Paul Volcker, Kurt Richebächer, Herb Stein et al. held sway in the economic world. These days, the nitwits who invent the news know little of these men, only of Jerome Powell & Co., and the banksters' improbable success at triggering a huge stock-market rally with the global economy poised at the edge of an abyss.

My incipient bullishness on the dollar was inspired by some subtle vibes from the financial penumbra, including word that Morgan Stanley had exited a short position in the dollar after concluding it was at its most oversold in 40 years. Ordinarily I pay little attention to what the firms are doing, since they are quasi-criminal operators who make their money by front-running customers whom they've goaded into stampedes. How else would Chipotle, which traded for $415 in March, find plenty of eager buyers at current prices near $1200? Stoked by style-section puffery that puts anything that can be stuffed into a taco at the top of the food pyramid, millions of investors have become true believers in Burrito Nation.

Anyway, Morgan likes the dollar, and so does my astute colleague Charles Hugh Smith. Like me, he sees the trillions of digital dollars that have been injected into the financial ether in recent months as grossly insufficient to handle dollar-denominated debts aggregating into the hundreds of trillions. We both believe that the liabilities thereof will be settled not via a hyperinflation, which would screw lenders as a class, but by a deflationary increase in the real burden of debt. That seems a remote concern these days, but with the dollar being treated like wampum, now is the proper time to prepare for its resurgence. When the process finally begins with a headline-inspired lurch, it will cause a major re-ordering of investable assets. Bullion, crude oil, copper and shares will fall, and bonds prices will ratchet to new highs. For a technical assessment of how much lower the dollar could fall before it turns around, check out the Dollar Index tout on the Rick's Picks home page.