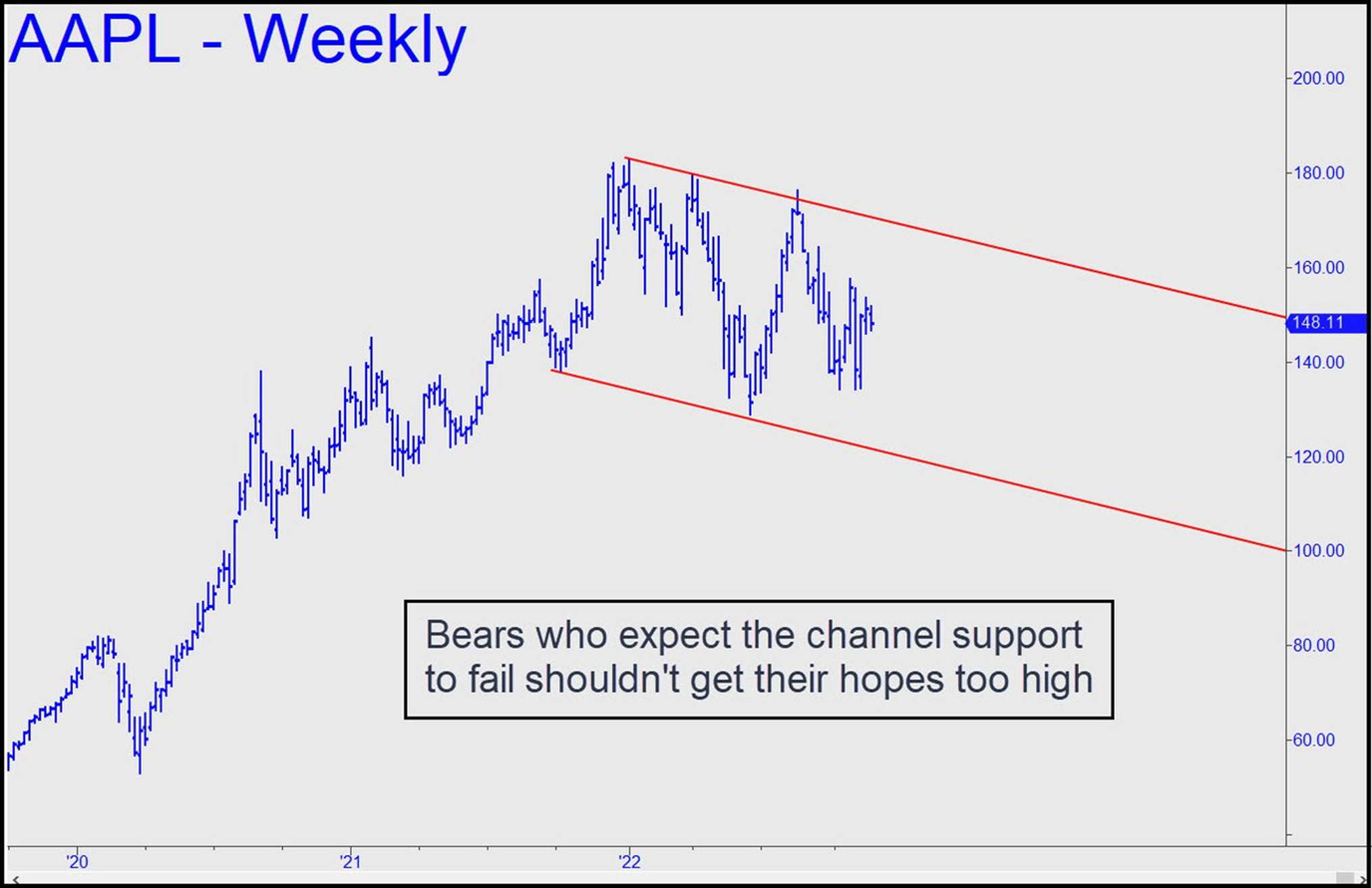 Early in October, it lifted my spirits to be able to bloviate about how a too-widely-anticipated October crash seemed as likely as a Martian invasion. One lunar calendar-based prediction in particular had October 21 as the crash date, although the forecast went squishy at sundown that day when dark clouds failed to materialize over Wall Street. Even so, the trading world remained atwitter about the guru and his earth-shaking prediction until after the election. Now, five weeks later, who even remembers his name?

At the time, I made the boldest prediction that a guru can make -- i.e., that nothing even remotely interesting would happen for the foreseeable future. This was going way out on a limb, since we gurus are always expected to predict that 'something' will happen, even if we sometimes wuss out with a 'sooner or later' qualifier. But more months of nothing? Zilch? Nada? When was the last time such a boring forecast was celebrated for its prescience? And which guru made the call? What makes this one so daring, however, is that even the village idiot knows that the global economy is poised to collapse at any time -- perhaps even before you have read this commentary.

Instead, we have the usual eggheads and Bloomberg regulars debating whether the U.S. is even in a recession. Yes, the pundits nearly always embarrass themselves.  All of us can see that tens of millions of middle-class Americans are making the kind of economic tradeoffs that are usually associated with very hard times. But perhaps the eggheads have a point, not necessarily on the top of their heads. Maybe things are not so bad after all, and the economy will continue to limp along until the next outbreak of buy-side psychosis strikes the proletarian mind.

To assess the odds, consider the chart of AAPL, above. The eye senses several possibilities: 1) the stock could continue to screw the pooch, staying in the channel for longer than most of us might imagine, especially with iPhone sales about to confront simultaneous recessions in Europe, Asia and the U.S. 2) the next upthrust could impale the upper red line for no logical reason, propelling AAPL, if not necessarily the broad averages, to new record highs; or, finally 3) AAPL could collapse, taking out support at the lower channel line.

From a purely visual standpoint, #3 somehow seems less likely. Perhaps it is because AAPL's decision-free sponsors look so comfortable where they are now, in the middle of a cruising zone that has obtained for nearly two years. Whatever happens, AAPL will remain an infallible bellwether for the stock market as a whole.  You need only get AAPL right, as I continue to remind you, in order to get the big picture right. The chart above is the best evidence we have that 2023 could be a do-nothing year.

I say that as a permabear who thinks a deflationary collapse is coming that will be even worse than the Great Depression. Plummeting stocks will lead us into the abyss, but this will not occur because money managers have changed their minds about owning stocks. Rather, massive redemptions will force them to sell, implying the catalyst will be an exogenous shock -- a black-swan the exact nature of which cannot be predicted by any seer.