January 20, 2023 Could Golden Ruble 3.0 Knock Out the U.S. Dollar
January 19, 2023 Gold drops like a Rock When People Trust the System. Gold Shoots like a Rocket when People Don't.
December 22, 2022 NFT Insanity: No One Should Be This Stupid!
December 13, 2022 The Transition to Net Zero was Planned with Zero Brain Cells
October 21, 2022 Fake Money Is Backed by Fake Statistics

Since the creation of the Federal Reserve in 1913, we have existed within a system based on "moderate inflation." The idea is that the citizens will tolerate death by a thousand cuts over time, a strategy to steal via the inflation tax, simply taxation without legislation.

Central banks, governments, and those who serve them have convinced the masses that prices increase over time naturally. The Fed has paid off the mainstream financial press (Bloomberg, WSJ, Forbes), who write articles that a "moderate" amount of inflation indicates a healthy economy.

Through the central bank's Keynesian propaganda, the state has been able to extract wealth from its constituents through this hidden tax, inflation.

Inflation is simply the expansion of the money supply, and since 1913, the monopoly on money issuance has allowed The State to systematically and consistently debase the currency to enrich itself.

For several decades this happened without much question since the rate of inflation was "moderate" enough. The masses thought prices went up and were comfortable accepting a small amount of inflation each year if it meant the economy was "healthy." The economy being healthy was mostly an illusion. The U.S. had the exorbitant privilege of being the global reserve currency, and The U.S. chief export product (not steel from Pittsburgh, cars from Detroit, rubber from Akron, cotton from The South; Also, not soybeans, coffee, wheat, corn, coal, nickel, aluminum....BUT THE US DOLLAR.) Moreover, the U.S. uses its military to beat other nations into submission, forcing others to trade in the petrodollar. The petrodollar was set up as the foreign policy byproduct to offset the policy error of closing the gold window (Nixon-Kissinger-Saudi Arabia) 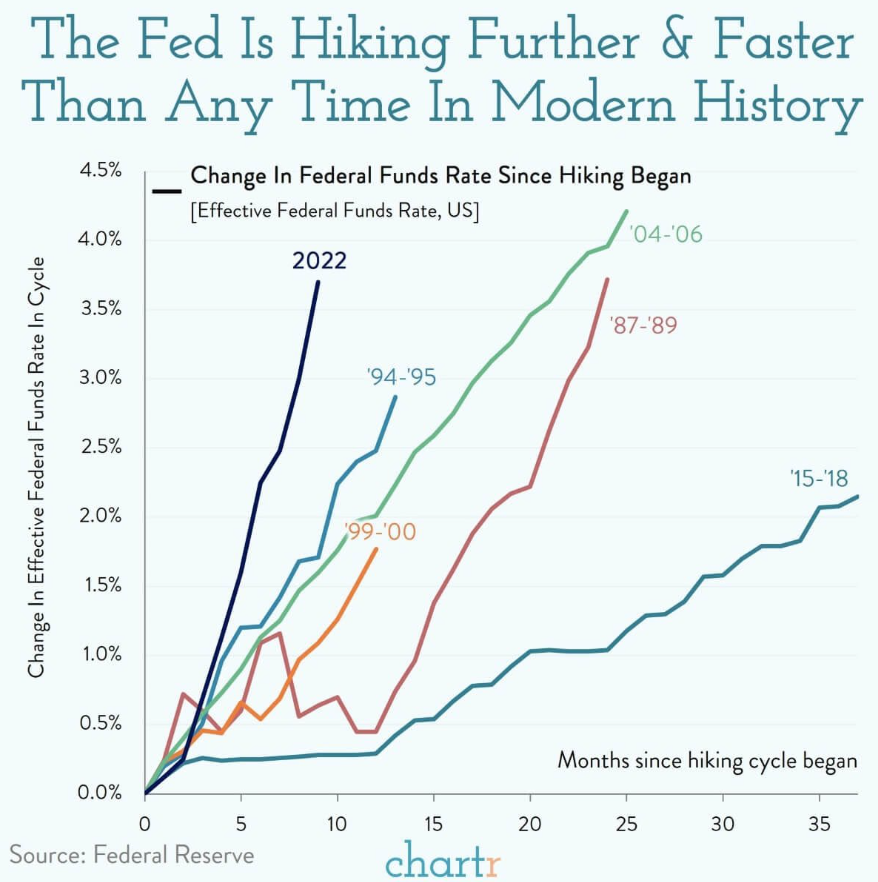 So what has been The Fed's playbook?

Destroy the Middle Class by either recession or inflation. These are the policy options of global central banks.

The destruction of the middle class has been well underway since the birth of fiat money. A drip drip drip of theft called "moderate inflation" has disproportionately disadvantaged the middle class for some time. But, unfortunately, the situation is getting worse.

RE working or middle class, wages have not risen with inflation. People have not been able to earn more than expenses. On a fiat standard, one cannot simply save. One must invest those savings. (we are getting to where we will discuss gold and silver's role)

The structure of the fiat financial system has destroyed the middle class. The oligarchy has siphoned wealth through inflation and taxation. Manipulated interest rates and money printing have grown the wealth gap. And it's bound to get worse. At this point, I'd like to point out that the term mentioned above, "oligarchy," is only partially true. We're suffering through a lethal mix of oligarchy and plutocracy, but we mostly have a kleptocracy.

Kleptocracy differs from plutocracy (ruled by the richest) and oligarchy (headed by a small elite). In a kleptocracy, corrupt politicians enrich themselves secretly outside the rule of law through kickbacks, bribes, and special favors, or they simply direct state funds to themselves and their associates. We reported this natural siphon of taxpayer funds in our substack article on FTX, Ukraine, and the kickbacks to the political class.

Through a corrupt partnership between governments & central banks, inflation has been unleashed on the world. A massive expansion of the money supply has sent prices sky-high. And also conveniently ballooned the wealth of the Ruling Class.

Those closest to the money printer were the primary beneficiaries. The U.S. printed $6.4 TRILLION, and in 2021 billionaires saw their wealth increase by $5.1 TRILLION. Interesting... So the Ruling Class benefitted from the money printing.

While the middle class had their businesses closed, their living cost doubled, destroying savings; The Fed stepped in and said they would champion "The fight against inflation," (which they created & benefitted from)

So looking forward, the citizens have a choice of death by firing squad or death by hanging. i.e., Will 99% of the citizens suffer by recession or by inflation?

Money printing + war + jacked-up supply chains are causing higher prices. Supply-side inflation. The Fed can only attempt to decrease it through "demand destruction."

Changing their mandate from "max employment" to max UNemployment.

A tight monetary policy will create strains in the economy. As we have already seen in markets, the combination of higher rates + Q.T. will create a severe recession.

Hundreds of thousands will lose their jobs. Livelihoods are destroyed even more. That's the Central Banks' solution to inflation. Once people are entirely wiped out, there is no demand.

However, their battle against inflation is more complex. The Debt Spiral challenges its ability to sustain the tight monetary policy.

Summarizing the above, the U.S. has $31 Trillion of debt + $172 Trillion of unfunded liabilities. High-interest rates mean higher government interest expenses. High inflation yields higher entitlements because of cost of living adjustments (COLA). So Government's expenses are increasing to the point that servicing the debt will soon be the Government's most considerable expense (assuming the current trajectory of things)

Simultaneously, taxes and Government revenue are decreasing. Crashing asset values and demand (job) destruction results in significant tax revenue. So, expenses are increasing, and revenues are declining. Meanwhile, the Government has already been running 1 trillion + deficits.

To be crystal clear, the U.S. Government is insolvent.

Ultimately, the fiscal situation of the U.S. (& many other countries) will limit their ability to fight the inflation they created. Forced to lower interest rates and print money again.

So while a recession may not utterly destroy the middle class. Inflation will. Because of a massive outcry and politicians scrambling to stay in office, The Fed will finally retreat from its scorched earth strategy of destroying jobs, incomes, and livelihoods. Instead, they will return to the inflation tax (destroying people's savings, quality of life, and hopes for the future.)

The money printers will be up and running soon enough. Financial repression is the plan. Monetize the deficit spending. This will be the final massive currency devaluation. Wreaking unsurpassed havoc on the middle class.

If what I wrote above isn't frightening enough, it gets much more terrifying. The Fed has to consider its so-called credibility (even though they created the problem and its solutions are gasoline on the fire.)

They will have to act like this isn't their fault (to try and stay in power along with their political cohorts.) Thus I'm 100% certain they will invent another crisis. Why will they create a crisis? Because this is the old playbook. More wars, disease protocol, climate emergencies, Omnibus spending sprees, WARP speed vaccines, whatever the crisis...they will need a cover to begin printing money again despite high inflation. "Wartime financing," as they say.

Whether it's their intention or not, the central planners will destroy the middle class more than they already have.

Fortunately, gold and silver exists as an escape hatch for all. A secure vault for your savings. Safe from the debasement of currency. Gold and silver offer protection, especially for the middle class. Those who were disadvantaged in the fiat system.

Here is why gold and silver will prevail.

If you read above, you can see this pathetic pattern of wreck things, bandage things, wreck more things, Q.E., Q.T., et al, but this doesn't even address how banks have had to cope with all of this insanity.

Banks are leveraged way beyond sustainable levels. They operate so dysfunctionally, primarily by repackaging non-performing loans under some derivative name and then passing them back and forth to each other through credit default swaps. This number of derivatives is in the quadrillions, and cracks are surfacing each week. Recently the U.K.'s BOE rushed in to save pension funds. Japan's bond market exploded just last week.

Everything I've written so far are just detailed examples under the general term "everything bubble."

Every credit collapse – from 594 B.C. Athens when Athenian ruler Solon pulled down the mortgage stones to free the debtors and devalued the drachma by 27% to relieve the bankers, to the Panic of A.D. 33 to John Law's Mississippi Bubble to the Great Depression and many others besides – has followed the template of debt default and currency devaluation.

Every time there is a reset, gold steps up and does the accounting. Gold and silver have served as the reference point of value since the origins of money and is that against which currency will be re-evaluated.