Gold and Crypto: Is This How Charts Look Before A Monetary Collapse?

It is the massive debt. It cannot be serviced. It will collapse the whole system.

The gold, silver and cryptocurrencies charts are showing signs of going parabolic. The US dollar is close to confirming a massive breakdown.

Gold, silver and cryptocurrencies all provide “crisis value” by simply being an acceptable debt-based fiat alternative. It is only later in this crisis that we will see a divergence between cryptocurrency and precious metals.

For now, they are likely to move higher together.

Gold has recently made new all-time highs, and seems ready to go higher after a decent consolidation. The importance of the 2011 all-time high can be seen on these charts: 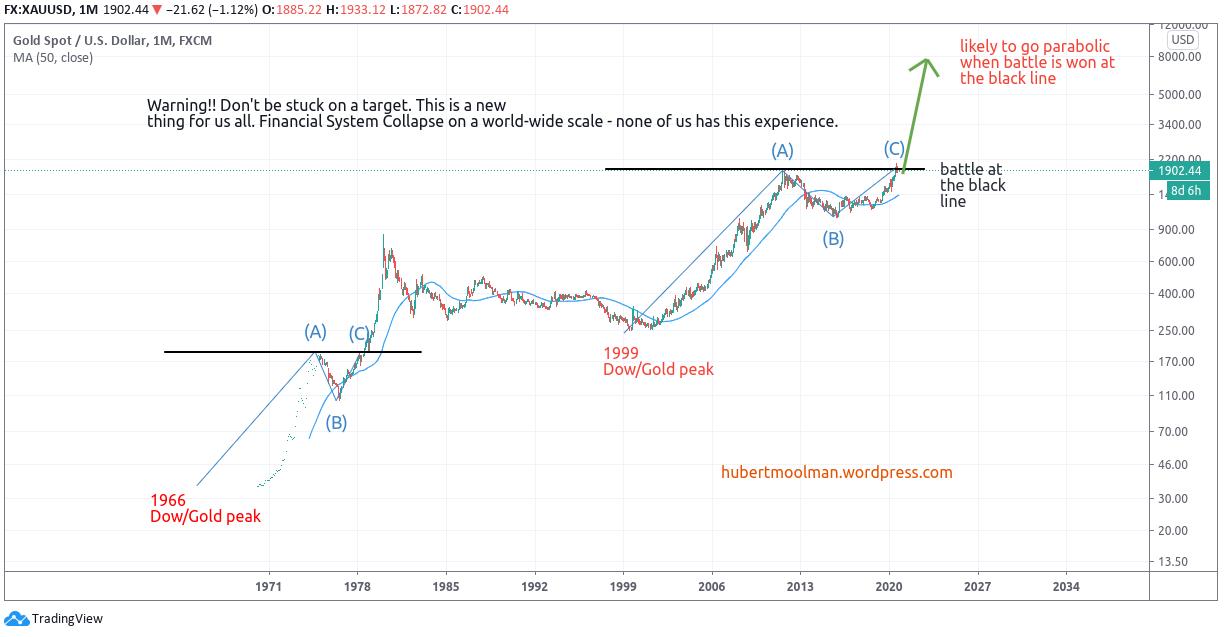 I have marked two fractals (ABC). Both fractals start from the Dow/Gold ratio peaks (1966 and 1999). For these to continue the similarity, the level ($1920) at A and C needs to be surpassed on the current fractal.

We’ve already seen the breakout, now price has just been consolidating around that level. It is very close to blasting higher.

From a cycle analysis point of view, we are right at a point where a sustained multi-year gold rally is possible: 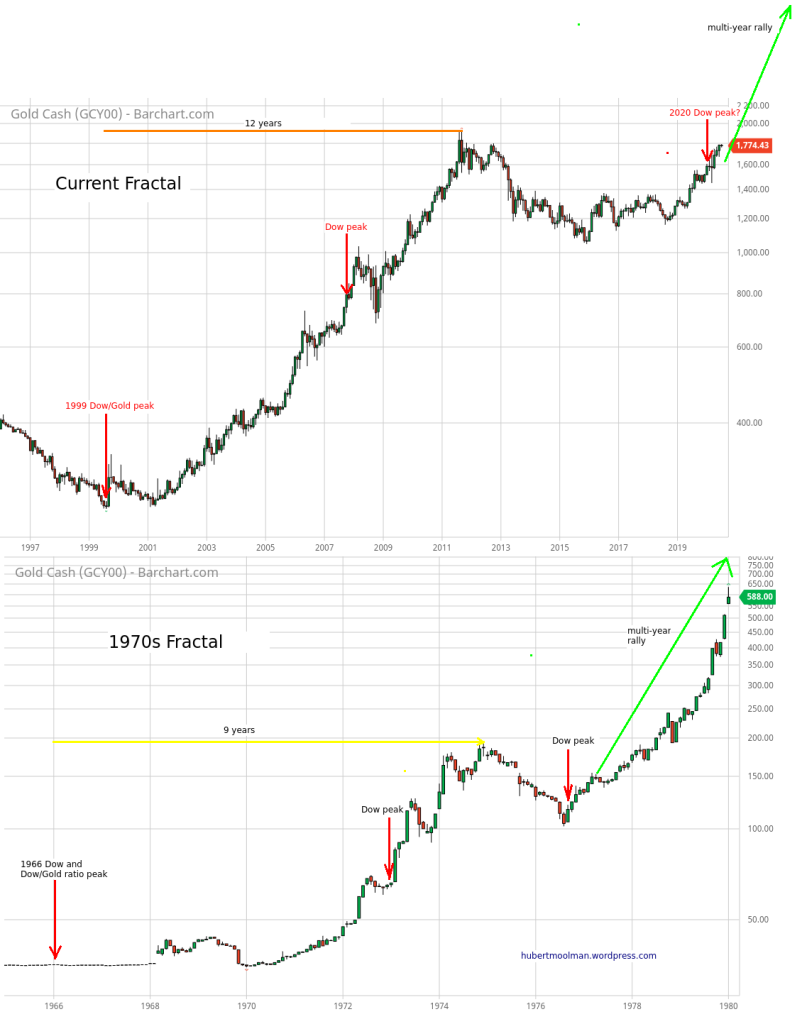 Currently, we are just after, or close to, a major Dow peak in the economic cycle. Again, you can see that  the 2011 peak is an important indicator to confirm these fractals as relevant. It could also be considered a marker after which the chart is likely to go parabolic.

Bitcoin has been quiet, but could be ready to move higher at a frightening pace. Here is an updated chart that I shared on my blog previously: 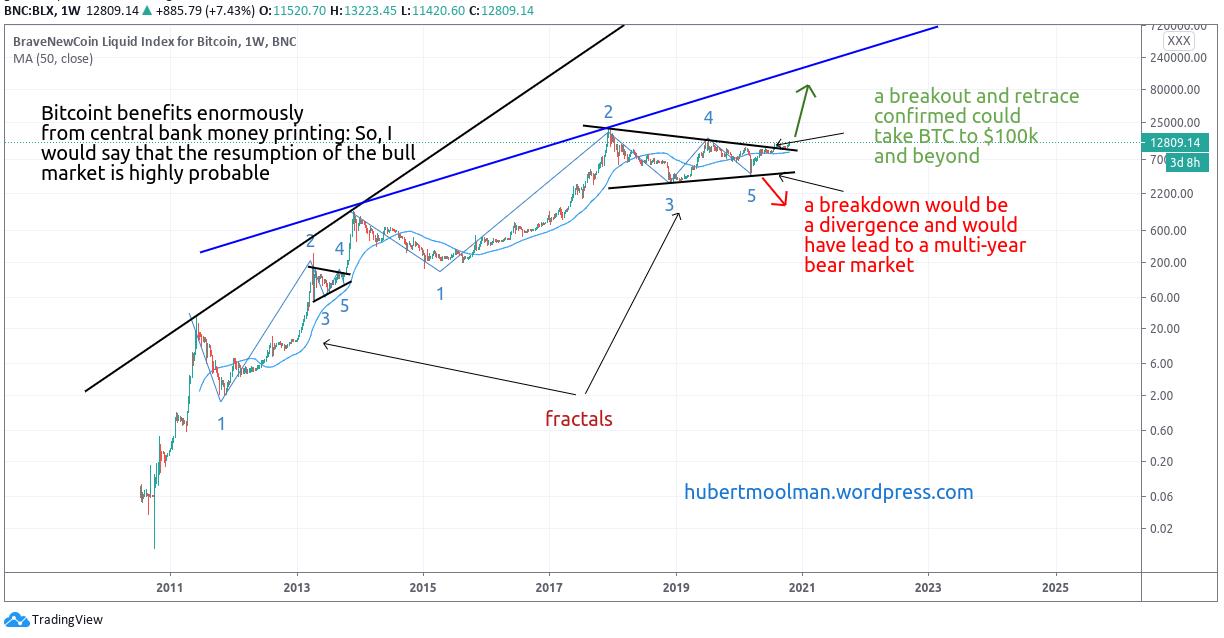 The setup for Bitcoin is very similar to the end of 2013, based on these fractals. Price has completed a successful breakout at the wedge, and the retrace is also done.

The outlook for silver is really the same: continue on its parabolic path.

For more on this and this kind of fractal analysis, you are welcome to subscribe to my premium service. I have also recently completed a Silver Fractal Analysis Report

Hubert Moolman is an independent gold and silver analyst who specializes in fractal analysis and the fundamentals of gold and silver . Hubert is the owner of HGM and Associates and HGM Research. Hubert’s work is regularly published in the premier gold and silver publications such as: Kitco.com, GoldSeek.com, SilverSeek.com, Mineweb.com, Resourceinvestor.com, Seekingalpha.com and many more.

HGM Research provides a world-class research service, covering the Gold and Silver markets, JSE Gold Miners, HUI and other selected markets. We offer a free newsletter as well as a premium (pay per article service) covering the above financial markets. We are known for our proprietary Fractal Chart Analysis. Our Fractal Analysis helps us to identify great investment opportunities. We would also consider requests for research, covering specific companies traded on a public listed exchange or research of specific global or local indices.