September 14, 2021 With Inflation Raging, Why Is Gold Not Moving Higher?
September 10, 2021 Money Printing, Inflation, Gold and Silver
September 06, 2021 A Taper Is Likely Off The Table – Gold, Silver and Mining Stocks Are Ready To Rumble
August 12, 2021 Is The Fed Bracing For Impact? Got Gold (And Silver?)
July 30, 2021 The Fed Goes Full Dove: Rocket Fuel For Gold, Silver and Mining Stocks

Gold, Silver And Basel Three: A Glimpse Of The Future 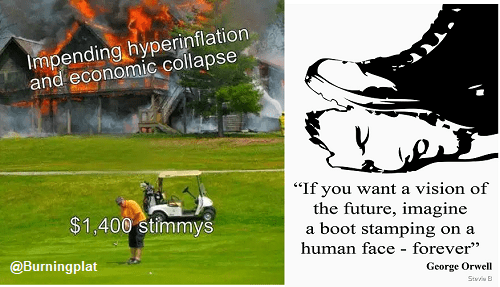 Basel Three is not what most analysts believe it to be. Over time it may remove the fraudulent paper derivative and unallocated “gold” mechanisms in NYC and London. But for what purpose? Cui bono? Chris Marcus hosted myself, Rob Kientz and Chris Marchese last week to discuss our views on the precious metals sector and Basel Three. The must-listen portion is the segment in which Rob lays out the plan for Basel Three.

I am certain he is correct because I came to same conclusion as Rob but I was missing some pieces. Rob provides those missing pieces – at least for me. Basel Three is part of a broad plan by the Central Banks to take complete control of the global monetary system and, along with that, the various political systems. It’s not a coincidence that a former Fed Chairman – Janet Yellen – was inserted to be the Treasury Secretary, thereby completely smashing the separation of power between the Fed and the Government.

Yes the prices of gold and silver will be reset, and those that hold physical forms in their own possession – not GLD, not SLV, not PSLV, not PHYS, not metal held by a custodian – will stand to benefit. But if the Basel Three implementation achieves its intent, and I’m  not saying it will,  general life will become unpleasant for the populace.