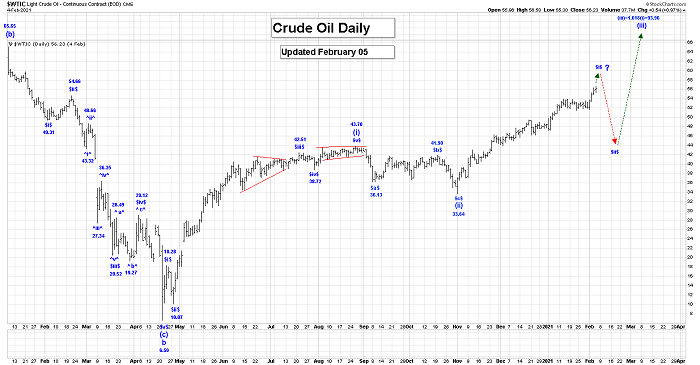 We continue to rally sharply higher in wave (iii), which the following longer term projected endpoint:

It now looks like wave $i$ of (iii) is extending higher.

After wave $i$ ends we expect a wave $ii$ correction that should retrace between 50 to 61.8% of the entire wave $i$ rally. 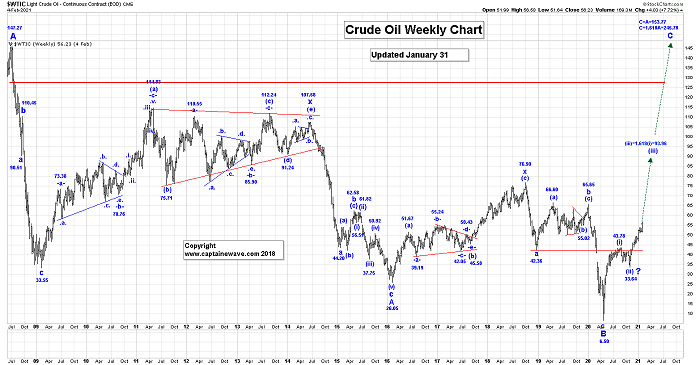 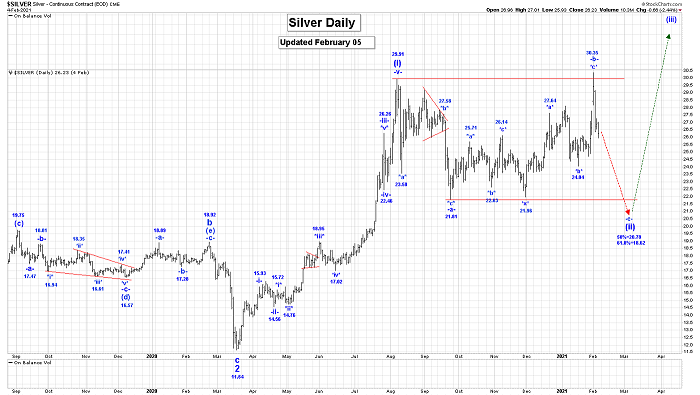 We continue to work on our wave (ii) drop that has the following retracement levels:

Within wave (ii), wave -b- of (i) of our irregular type correction ended at the 30.35 high. We are now dropping sharply in wave -c-, as shown on our daily chart.

Our minimum target for the end of wave -c- is the wave -a- low of 21.81, but we expect we should drop lower into our retracement level for all of wave (ii) which is: 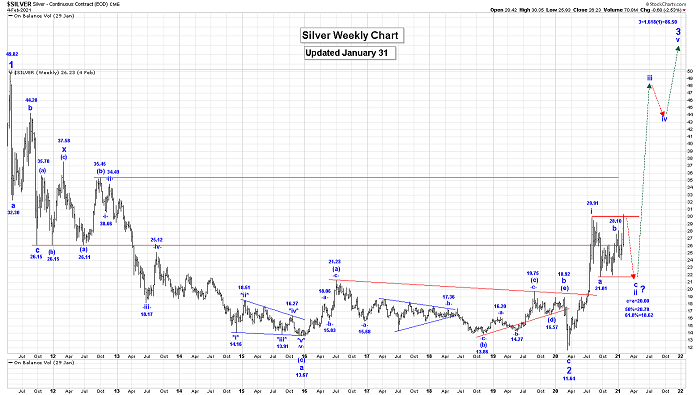 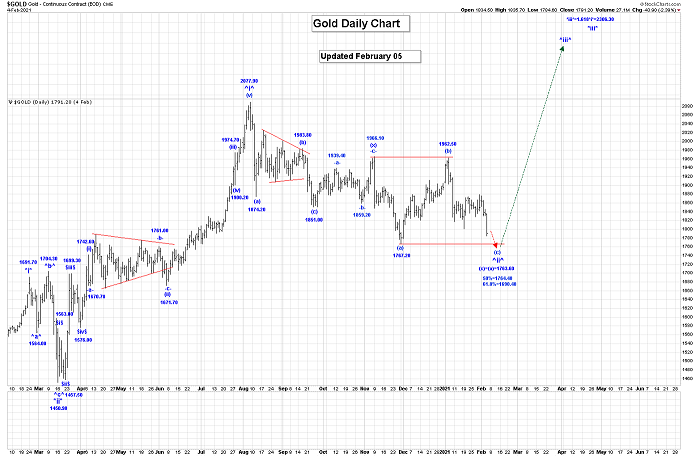 We continue to believe that all of wave ^ii^ is not complete at the 1767.20 low, that has the following retracement levels:

It looks like wave ^ii^ is a double 3 wave corrective pattern as shown on our Daily Gold Chart with our second wave (b) being complete at the 1962.50 high.

We are now falling in our second wave (c) which has minimum target of 1767.20, but likely lower into our noted retracement noted above. We have a projection for the end of wave (c) as: 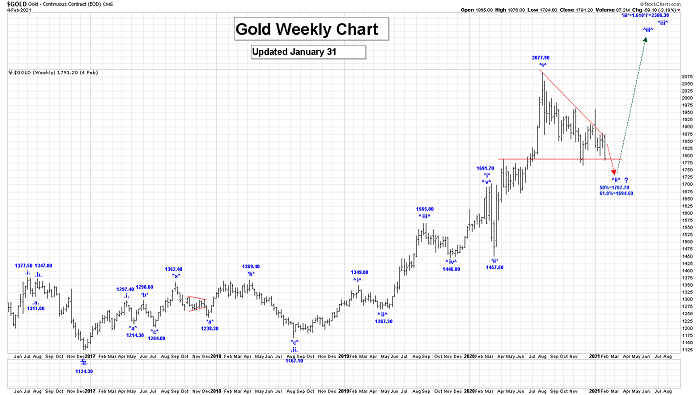 Longer term our current projected endpoint for all of wave *iii* is:

We have higher projections also.

The wave counts and the trades come from the man himself, Captain Ewave.  The Captain is Gary Kalynchuk, son of a hardworking postman and family man.  He's a dedicated family man himself, (see the picture above with him fighting a bush fire in his neigbourhood with his two sons).  Gary is also a professional engineer who self-built a massive 400 employee engineering company, and did it right from scratch.

He now sits on the board of many public companies.  Not surprisingly, the Captain's greatest passion is performing Elliot Wave Analysis that makes his subscribers money with winning calls!   The Captain takes the main trades himself, because they make money.  It's not just theoretical Ewave analysis taking place here.  The focus is making money and making it consistently, featuring pro-style risk management.

There's always a big difference between predicting the market's direction and making money in that market, and the Captain does what it takes to score.

Your business is greatly appreciated by the entire Ewave crew and you can contact us as follows: