Greasing the Slide Toward Deflation 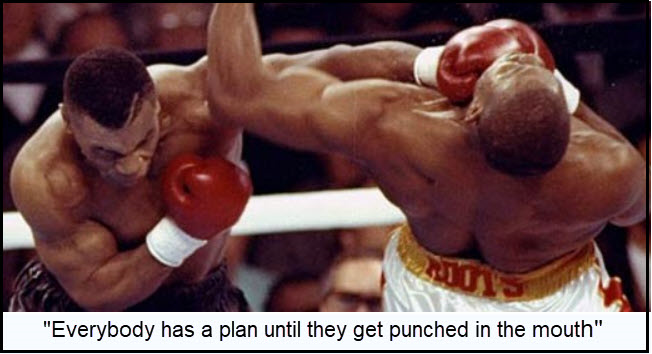 With home prices pumped to record levels, we are hearing more and more about Uncle Sam's plan to avoid sticking it to taxpayers when the next crash hits. Although it's always wise to have a plan to deal with catastrophe, especially one that is inevitable, there are reasons to doubt that a mortgage market valued at $12 trillion could unravel without taking the economy and much else -- including, conceivably, our system of governance -- down with it. Consider that Fannie and Freddie, ground zero in the 2008 crash, still own roughly half of all U.S. mortgages -- as much as the three largest banks -- but lack reserves sufficient to cover more than a small fraction of bondholders' losses if it happens again. Of course, the next crash could conceivably be worse, since the financial system is much more leveraged than then.

That's a concern the Feds may not have fully considered when they created "living wills" for financial institutions under the 2010 Dodd-Frank bill.  The law requires large banks to file workout plans that would seek to mitigate the risk of upending the financial system and the economy while accountants deal with the quagmire. Extending this rule to the GSEs reportedly is the last piece of legislation needed to complete the Dodd-Frank reforms.

We should all be grateful that someone in Washington has thought this through. But how deeply? As former heavyweight champ Mike Tyson famously said, everybody has a plan until they get punched in the mouth. And what a devastating punch this one would be. My own forecast, which predates the 2007-08 real estate collapse by more than a decade, calls for a 70% plunge in home prices, with losses on vacation homes reaching as high as 90%. This may sound overly pessimistic, but recall that we got nearly halfway there in the aftermath of the 2007-08 crash, when the average home lost 35 percent of its value. In the recovery since, unfortunately, prices have gotten even more pumped, goosed to a significant extent by private equity's aggressive move into the home rental market. They've bought or built homes to lease to people who manifestly cannot afford to buy them. Arguably, a financial whiz could not have come up with a better scheme to reconstitute the weaknesses in subprime lending that gave the 2007-08 crash such a wallop.

Under the circumstances, when that punch in the mouth comes, it seems likely to inflict more damage than those who think we're prepared for it may be imagining. It's not difficult to foresee what would happen next: Most homeowners would be underwater on their mortgages, with lenders neither wanting, nor able, to evict them. To avoid this, most mortgages would eventually have to be rewritten as leases. This would be the best way to squeeze blood from a stone, tailoring monthly payments so that even the nearly destitute could avoid homelessness during the coming Second (or Third if you count 1873-1895) Great Depression.

It also explains why America's economic day of reckoning will be marked by ruinous deflation rather than by an inflationary spiral that nearly everyone these days seems to expect. Forget about Biden's fiscal blowout and rampant Fed stimulus, which supposedly are about to send prices out of control. Only for the time being will this illusion persist.  For in the end, both Biden and the Fed together will have added only mere trillions of inflation to the economy -- a pittance compared to the deflation that will occur when the financial system's $1.5 quadrillion derivatives Ponzi -- that's $1,500,000,000,000,000 -- implodes.

The deleveraging tremors to follow will reduce the asset side of the global ledger by perhaps nine or ten zeroes as deflation runs its course. The sucking power of this black hole will come from a stock market crash, a collapse of asset values in general, and from tens of millions of strapped homeowners who owe more on their homes than they will ever be worth. Although a decision by The Government to hyperinflate would rescue them, allowing them to effectively stiff lenders with worthless $100,000 bills, does anyone actually believe this could happen?  Not if the banksters and their lackeys on Capitol Hill have their say. And that is why deflation will rule the endgame; for there is no way borrowers will be allowed to skip free on their mortgages. The real burden of what they owe will increase with each deflationary turn of the screw, and the economic devastation this will cause cannot be legislated away.

Nor will the 1% get automatically richer during what will be fundamentally a deleveraging event. What they own now is heavily salted with inflated paper assets that will be as worthless as Pokemon cards when the dust has settled. What income they are able to derive from investables of the highest quality'- -- i.e., prime rental property and energy resources --  will depend on having desirable tenants and a modicum of economic activity.  Bugatti Veyrons, Patek Philippes and Hermes handbags will still be selling -- just not as many of them.  Ingots of gold held for such a day will still buy such luxuries, but don't expect to trade bitcoin for them at the current rate of exchange.