Gold’s potential reward vs. the risk in stocks is absolutely compelling now. That is not a comment on near-term price action, but it is something a real risk/reward investor would be all over. Here is a chart we use in NFTRH to keep an eye on this concept while managing the now year-long correction.

As a side note, you can tell who the promoters are because they are the people who touted loudest a year ago and never stopped cheer leading the whole way down. At the height of the pandemic panic gold was mega bullish and its risk vs. reward sucked. Now? Not so much. 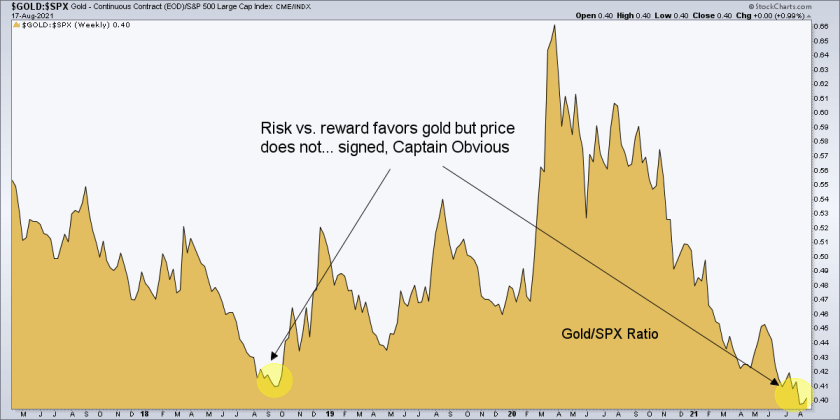 But this morning we have an interesting news bit stating that this guy’s company, Palantir (PLTR) bought $50 million worth of gold bars. Kind of hip in his red shades, and let’s hope he’s really hip, or at least prescient about gold. I think it will shake out that he is.

This is novel in the world of paper and digits. While companies fall all over themselves trying to board the Bitcoin train, Palantir bought a heavy, shiny rock. You go, red shades! 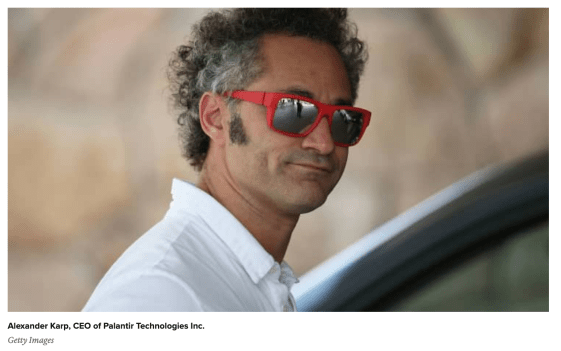 I have never heard of this company, but I don’t hate its chart. A smart move like this could mean a smart company worth looking into. You never know.