19 hours ago
The Euro in Huge TROUBLE | Will Gold & Silver See Their Day? - Peter Krauth
2 days 6 hours ago
GoldSeek Radio -- Bill Murphy: After 12 years of frenzy, modern investors are blissfully unaware...
2 days 22 hours ago
Housing Crash Around The Corner? When Will Gold & Silver Take Off? - Adam Taggart & Economic Ninja
4 days 20 hours ago
COT Silver Report - September 23, 2022
5 days 8 hours ago
Silver From Comex Depleting! Where is The Silver Going? 🚨 - Ed Steer

Hope and Confidence On the Downslope Now 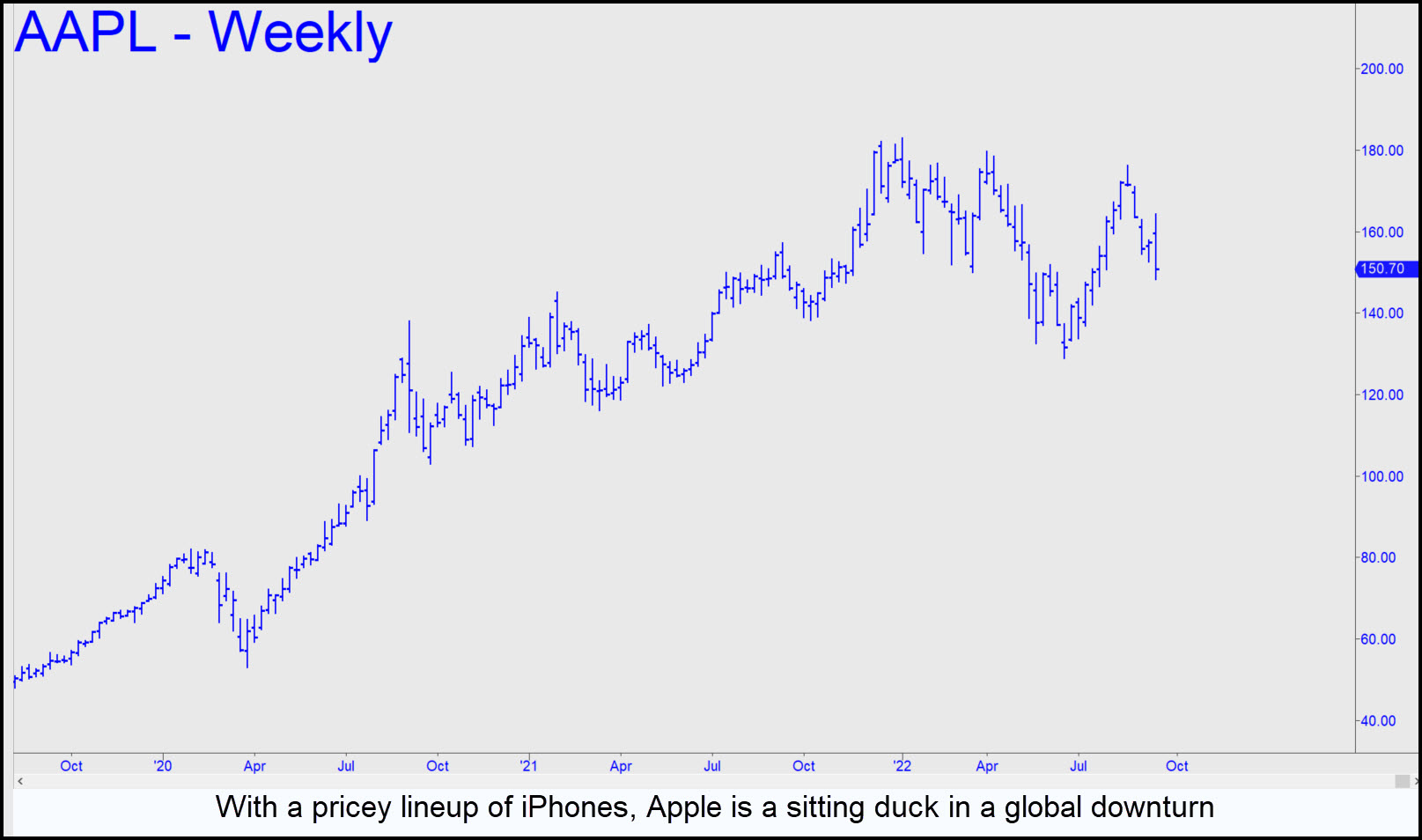 I've been reluctant to give permabears the all-clear because, being one myself, I've seen the bull market roar back from death a dozen times since 2009, turning my smug eulogies into embarrassments. The most punitive and outrageous of the rallies was the monster eruption begun in March 2020, when stocks exploded from the depths of pandemic fears. What a fooler that was! Who could have guessed that prices for nearly everything were about to soar? A friend who lives in a South Jersey resort sold his home for $1.8 million, thinking he'd be able to buy it back for half that in a year or two. Instead, six months into the Covid lockdown, the house was worth $2.4 million and beyond his reach for a buyback. He's living in an apartment now and may yet get his wish if real estate prices collapse in the current, deepening recession. Another friend brought his dream vacation home in Naples FL for $4 million, but readily parted with it when a giddy fool came along eighteen months later and offered him $7 million for it.

It's not as though the economy has been booming. In fact the opposite is true, notwithstanding Wall Street's idiotic focus on employment numbers that tell us nothing. Who could possibly care about this statistical poppycock when stores, restaurants, movie theaters and countless thousands of other retail businesses have been calling it quits or are within weeks or months of failing on their own? Did Biden's statisticians and pundits even notice last week when the most successful category-killer of them all, Amazon, said it was scaling back growth plans significantly? When mighty Amazon starts tightening its belt, you had better believe that, after two dispiriting quarters, this recession is just getting rolling.

Which brings us to the bear rally in stocks. I've been looking anxiously over my shoulder, waiting for a crazy-loco short-squeeze to make investors forget we are so deeply in debt that only a full-blown depression can pay it off. This will come mainly through bankruptcies, in relentless deflationary waves that will make us nostalgic for today's rampaging consumer inflation. Wall Street chose AAPL to distract us from this grim reality, but the ruse failed. Employing subterfuge that I described here in great detail and with relatively small outlays of cash, DaBoyz levitated the biggest-cap stock in the world to within 3.7% of new all-time highs. Unfortunately, they were unable to hold Leviathan aloft indefinitely until the broad averages faked their way higher against the weight of a bear market.

And now the expansive mindset needed to propagate even fake rallies has succumbed to the growing likelihood of a severe global downturn. Nor is there a way for the central banks to significantly taper their exposure to worthless paper on their books for tens of trillions of dollars any time soon. Worse still, their foolishness has finally awakened a beast they cannot control -- i.e., the dollar, a market so big that it dwarfs all other securities markets combined. Investors know this and are no longer cocksure that any asset acquired today will fetch a higher price tomorrow. Their expansive mood has swung to grimly contractionary, producing a get-ready-for-winter scramble to distribute stocks and cash out of assets. Portfolio managers may be less eager to exit than individuals at the moment, but the coming tsunami of redemptions will ultimately turn the portfolio giants into wholesale sellers of shares. Sell to whom, you ask? When Black Rock, State Street and Fidelity are the sellers, hopeful talk of a bottom will be little more than fantasy.